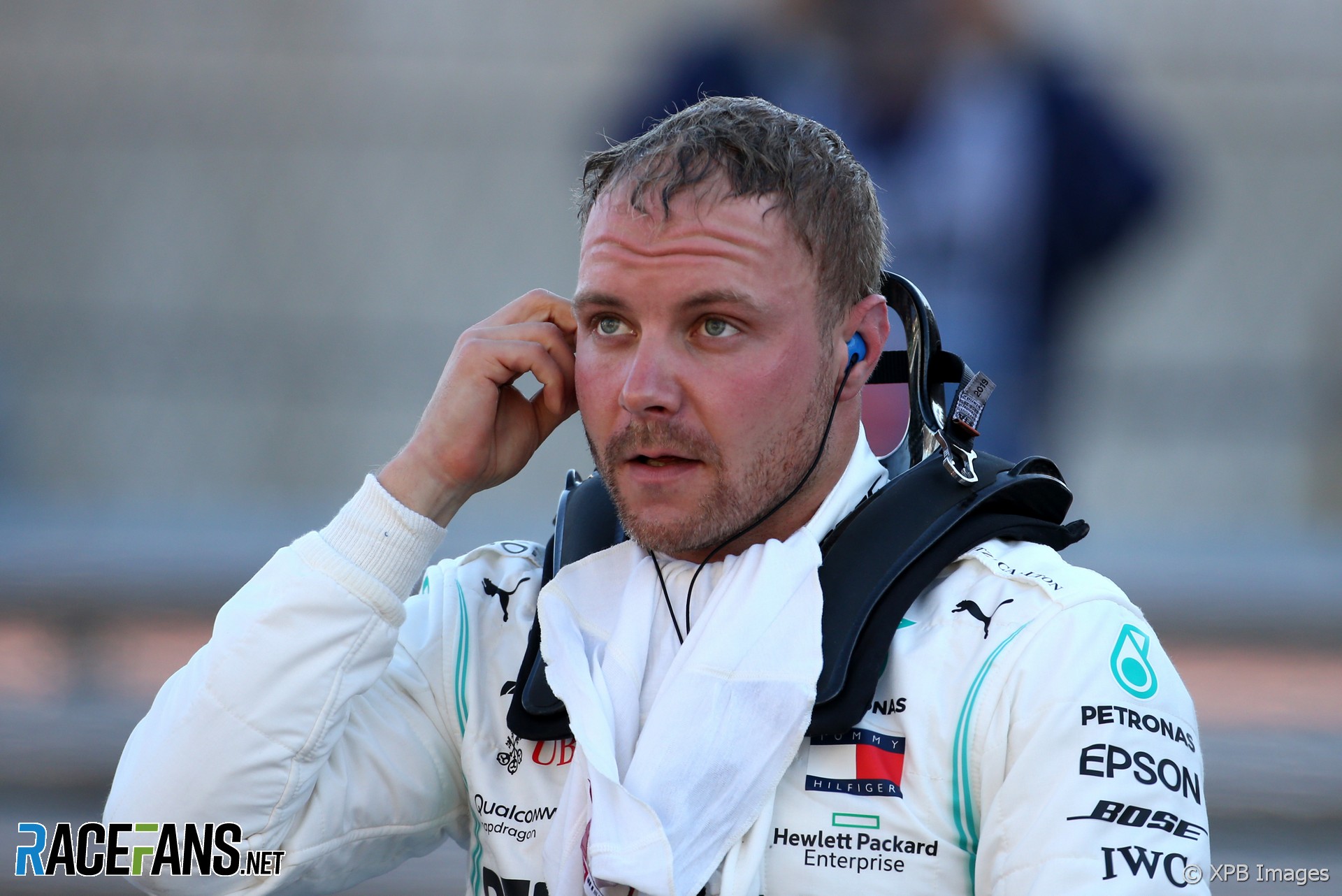 He came out on top in a fiercely close contest for pole position where just 67 thousandths of a second covered the top three. Meanwhile Lewis Hamilton was beaten by the only three other cars likely to do so: The Ferrari pair and Max Verstappen; Alexander Albon having never really threatened to get ahead of the Mercedes.

But whether Bottas can stop Hamilton clinching the title today is in the lap of the gods as much as it is in 56 laps of the Circuit of the Americas. He doesn’t just need to win the race, realistically he needs Hamilton not to finish it.

Job one is to see off the threat from Sebastian Vettel, who will start alongside him on the front row. As the speed trap figures below indicate, Ferrari’s superior straight-line performance may well have been blunted by the recent clarification of the technical regulations by the FIA.

Nonetheless second on the grid at COTA presents a driver with a fine chance to launch one up the inside. Bottas also has the feisty Verstappen’s third-placed Red Bull to worry about.

Mercedes showed decent pace over a race stint on Friday. However the weather has warmed up since then, and their advantage may not be as strong as it appears. Even so, Bottas is well-placed to grab his fourth victory of the season today.

The top five on the grid will all start on the medium compound tyres. Of those, only the Ferrari pair have a fresh stint of soft tyres. They could be planning to stretch out their first stint long enough to switch to softs at their pit stop, but that will leave them vulnerable to their rivals pitting early and jumping ahead of them.

Hamilton will face a familiar dilemma concerning his approach to the race at this stage in the championship. Much as he may want to hang it all out in pursuit of victory, the title beckons today, and his safest route to it is to stay out of trouble and follow the front-runners home. He only needs one eighth place from the final three races to get the job done, and the easiest way to fail would be to get involved in a race-ending collision in pursuit of a victory he doesn’t need.

Bottas won’t be troubling himself with thoughts of what Hamilton will do, as there’s nothing he can do to prevent Hamilton getting the points he needs. However he expects his team mate will concede little in a championship-deciding race at a track where he’s already won six times before.

“I don’t know what his mindset is right now but from what I know of him, he’s going to be there, fighting hard,” said Bottas.

“For sure he also hates losing, he always wants to win like all of us. Obviously he’s leading the championship with a big margin, he doesn’t need many points.

“I’m sure he would like to win the championship in a nice way eventually when and if it happens. But obviously I will try to delay that, I try to focus on my own race, try to focus on winning the race rather than anyone else’s opinions or mindsets.”

Barring a shock, a championship battle which has seemed a forgone conclusion for several races will likely come to an end today. But with three different teams covered by a tiny margin at the front of the field, the signs are good we should have a competitive race today, and that the 2020 F1 season will be a closer fight.

Will Mercedes, Ferrari or Red Bull come out on top in Austin? And will F1 have a new six-times champion in a few hours?