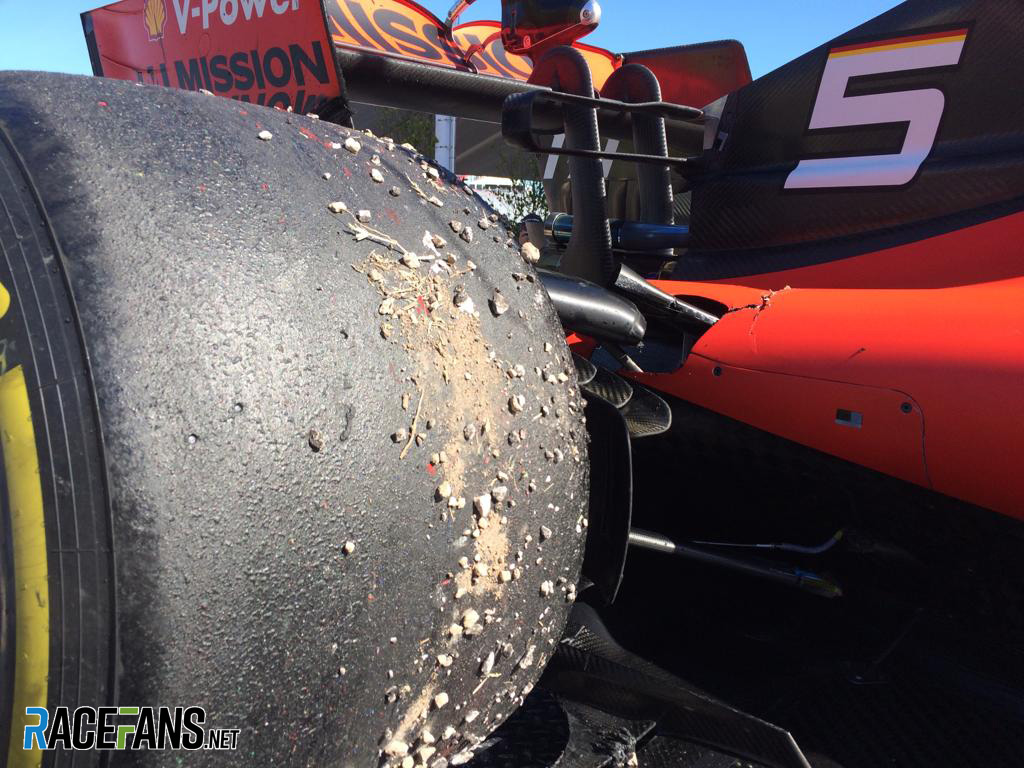 Sebastian Vettel does not believe the suspension failure which caused his retirement from the United States Grand Prix was caused by a new kerb which was installed overnight.

The Ferrari driver retired when his right-rear suspension collapsed on the eighth lap of the race at turn nine. Shortly afterwards Ferrari warned Charles Leclerc they suspected a new kerb at turn eight might have contributed to the failure.

“Try to avoid apex kerb turn eight,” Leclerc was told. After asking why he was advised “just because Sebastian had suspension failure there.”

The fluorescent orange dome kerb was added at the apex of turn eight to discourage drivers from cutting the corner. It was installed following yesterday’s qualifying, do drivers had not experienced running on it before the race started.

However Vettel did not believe the kerb contributed to his retirement. “No, I didn’t use that,” he said after the race.

Vettel started on the front row of the grid but dropped back quickly from the first lap and had sunk to seventh place at the time he retired.

“I had no grip in the first lap,” he said. “I had to let a lot of people by so I couldn’t really resist. I really struggled to get the tyres to work, struggled in right-hand corners.

“Then the suspension failed. So obviously we’ve done a lot of running the whole weekend, long runs included, and no issues, so I don’t know what exactly happened but obviously something broke.”