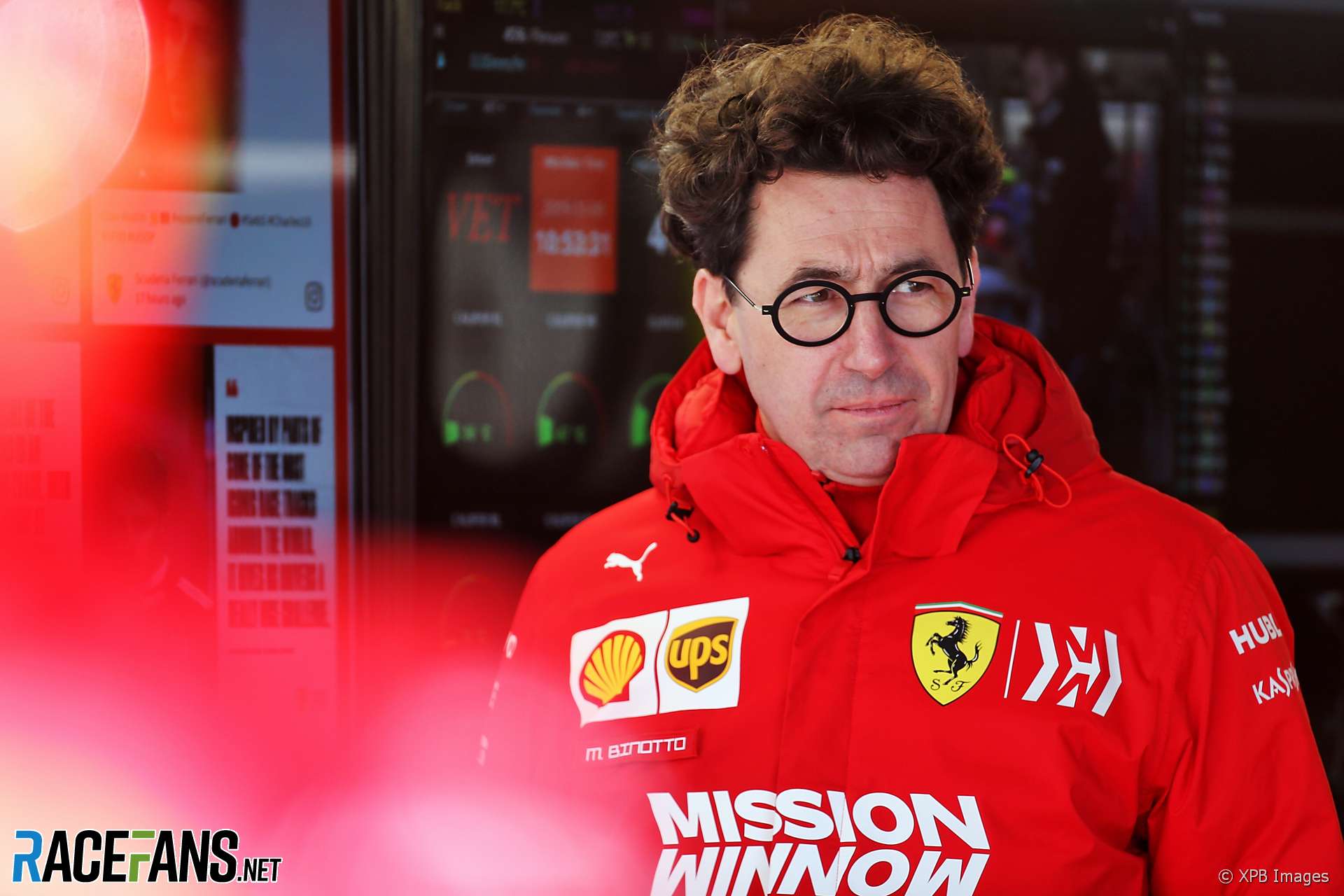 Ferrari team principal Mattia Binotto hit back after the team’s rivals suggested a recent FIA clarification of the technical rules was the reason for their poor performance at the United States Grand Prix.

He denied any link between the technical directive issued by the FIA, in response to a query raised by Red Bull, and their performance at the Circuit of the Americas, where they failed to reach the podium for the first time in 14 races.

“Honestly we will look through the technical directive,” said Binotto. “We have not done it this weekend in detail.”

Asked whether Ferrari team had altered any part of its power unit or its operation following the directive Binotto said: “Nothing at all.”

The team’s run of six consecutive pole positions ended on Saturday, following which Lewis Hamilton said the team had clearly “lost a bit of power” since the FIA technical directive was issued.

Neither Ferrari finished on the podium. Both drivers struggled at the start of the race and Sebastian Vettel was out in less than 10 laps due to suspension failure.

Max Verstappen made cryptic references to the team’s loss of performance in the post-race press conference. The Red Bull driver said he was “not surprised at all” that Ferrari had not been competitive and suggested “a piece of paper” provided the explanation.

Binotto said the comments he read about the team’s performance were “disappointing”.

“I read and I heard a lot of comments this weekend about a technical directive and an impact on our cars,” he said. “I heard comments at the end of the race, which I think are very disappointing.

“As a matter of fact I believe that yesterday we have been very close to the pole position as it has been the last races. Seb could have scored pole yesterday if he hadn’t been too much cautious in one corner.

“Charles [Leclerc] had a clear problem in the morning, losing completely FP3, downgrade on the engine fitted to the car. Overall I think that looking at his performance in Q3 and what could have been done without the issue in the morning I’m pretty sure as well that he was potentially in the pole as well.”

Binotto said both drivers suffered “problems with grip on the car in the first stint” but the team’s performance showed “the speed on the straight was not our issue”.

“I think it’s the type of comments which get it wrong and it’s not good for the sport and I think that everybody should be a bit more cautious,” he added.