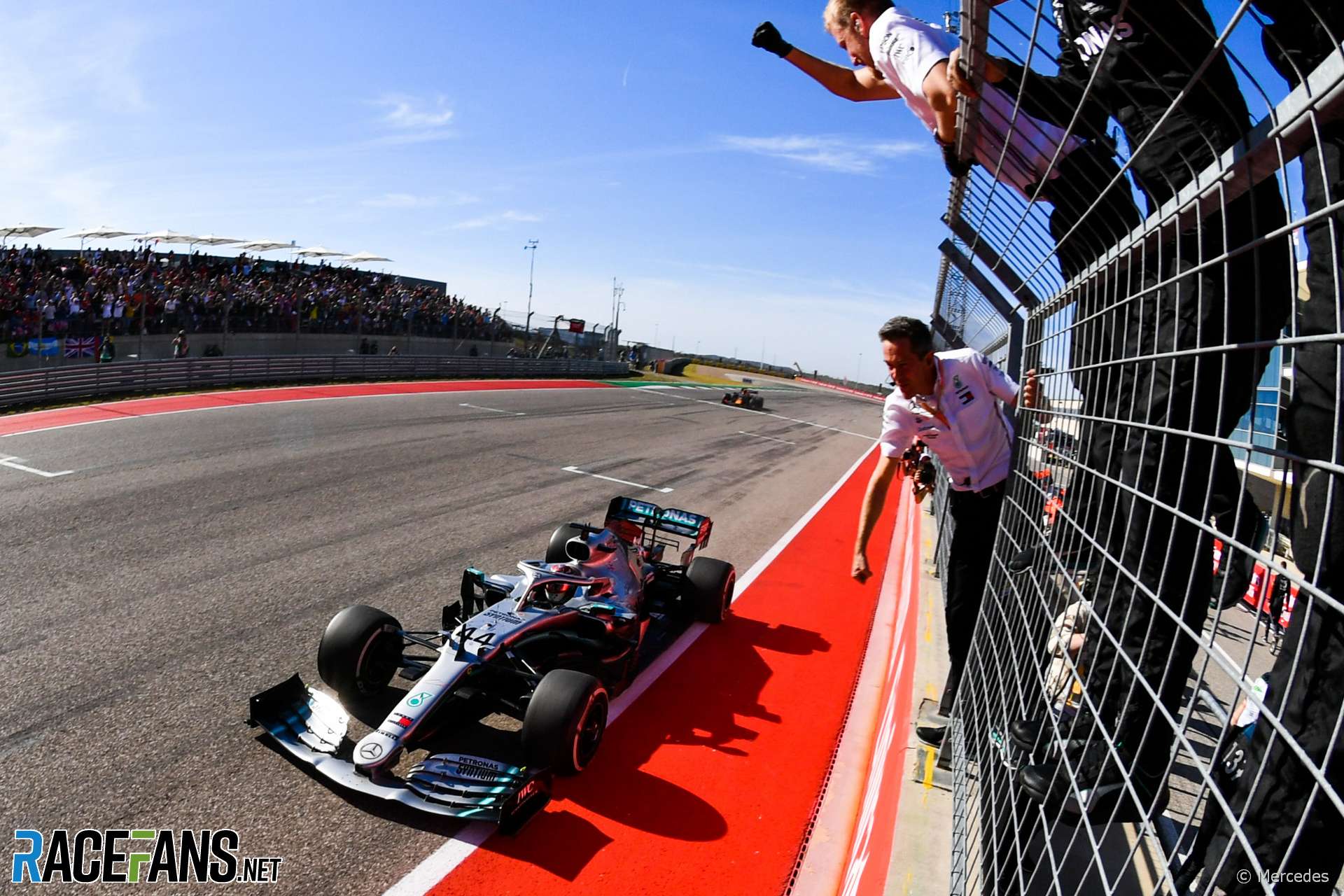 Lewis Hamilton’s sixth world championship victory – the details of which have partly been covered here earlier – also marked the third year in a row the F1 title has not been decided at the final round.

The excitement of a championship fight being decided at the last race of the season is hard to beat. But it seems to be happening less frequently. The last time F1 went three years without one was in 2000-02, when Michael Schumacher took a hat-trick of titles.

This is partly a question of perception. My generation of fans enjoyed a golden period of final-round title deciders in the late nineties. But earlier in the history of the championship they weren’t that common. During the seventies, for instance, the championship was only decided at the last race in two seasons.

But lately it seems final-round championship deciders are becoming less commonplace. There’s a few factors influencing this: Domination by a single team, changes to the points system and the growing length of the calendar.

Schumacher provides a great example of this: He won the 2002 title with six races to spare (a record), so F1 changed the points system in an attempt to close things up. The value of non-winning finishes was increased, but in 2004 he still managed to win the title with four races left.

The point system was changed again in 2010, and a win made worth more relative to second place, though not as much as in 2002. He haven’t seen as many last-race title-deciders since then, but this is not just down to the points system.

Mercedes’ performance is another part of the explanation. However even at their peak – in 2014 to 2016 when they took 51 wins and 56 pole positions from a possible 59 – F1 still had two final-round title-deciders (2014 would still have gone down to the final race even had it not been a one-off double points round).

But significantly, these were both fights between two Mercedes drivers. We haven’t had a final-round title decider between two drivers from different teams since 2012.

The final contributing factor is the length of the calendar. The more races there are, the more opportunities there are for a driver to win the title before the last race. And with the 2020 F1 calendar expanding to a record 22 races, the chances of a final-round title-decider next year will be slightly slimmer again.

While Hamilton notched up his sixth title it’s worth noting how close he was to claiming six in a row – he was just five points away from beating Nico Rosberg to the title three years ago.

Aside from losing the championship, it was a good weekend for Valtteri Bottas. He took his 11th pole position and fifth of the year, which means he is the only driver who can tie with Charles Leclerc in the Pole Position Trophy contest.

Verstappen was also one of three drivers who made their 100th race started last weekend. Carlos Sainz Jnr and Kevin Magnussen were the other two who reached their centuries.