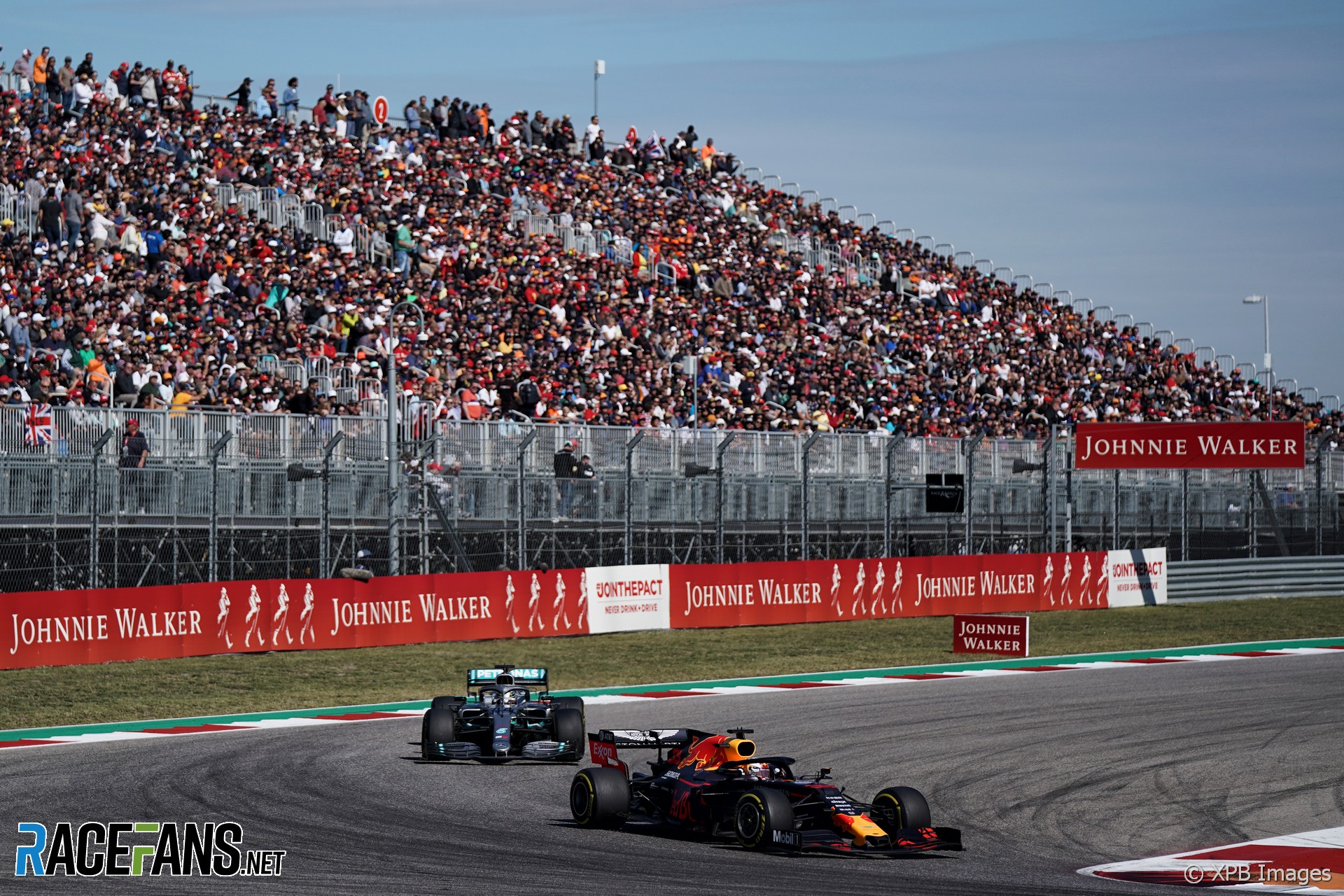 In the third year since its sale to American group Liberty Media, Formula 1’s popularity in their home market is rising steadily.

Last weekend’s United States Grand Prix highlighted the progress which has been made. A sold out crowd of 120,000 fans attended the race on Sunday, at which Lewis Hamilton won his sixth world title.

Circuit of the Americas chairman Bobby Epstein partly attributed the growing interest in the race success to the Netflix series “Drive to Survive” which launched earlier in the year. A second season is in production.

American television viewership has steadily risen since coverage of the championship moved from NBC to ESPN at the beginning of last year. From 2017 to 2018 viewership rose by 20%, and over the year to date all but three races have increased their viewership figures over last year.

This promising growth has led ESPN to extend their contract with Liberty Media through the end of the 2022 season. Sunday’s race, broadcast on ABC, was watched by 861,000 viewers watched, a 9% increase compared to last year.

Formula 1 has long wanted to crack the American market but the change in ownership three years ago has brought a new focus to their efforts. Robert Kubica says the difference to his visits to F1’s previous American race at Indianapolis, which ended in 2007, is clear.

“I don’t remember such a big interest or knowledge of the people,” he said. “Many people stopped me, they recognised me, they want a picture, which I was surprised about. Normally I would say F1 is not as popular but this is good. It’s a big country with a bit different culture of motorsport but still it is a big country and there are a lot of motorsport fans.”

Adding a second American race is a top priority for Liberty Media. Max Verstappen, who participated in The F1 Fan Fest in Los Angeles which took place before last weekend’s grand prix, backs the goal.

“I think it’s good for the sport, the owners as well, they want more races I think in the US. What we’re doing, at the moment, is trying to make the sport more popular and more well-known in the US.

“I enjoy being here. It doesn’t matter if it’s in Austin or LA or Miami or wherever in America, I think it’s just a very cool place to be. I think one or two more races, they wouldn’t hurt, as long as they are exciting of course and a lot of fans are attending.”

However pinning down a location for a second race has proved difficult. An agreement in principle for a Miami Grand Prix on the 2021 F1 calendar has been announced, but faces significant local opposition. Efforts to bring about a return to Las Vegas, where F1 briefly raced in the earlier eighties, have so far also been unsuccessful.

“We’ve talked about adding a race here in the US, certainly that is something we’ve talked about for a while and we are actively engaged in a couple of opportunities here,” said Formula 1 Chairman and CEO Chase Carey last week.

“We think the US is an exciting growth opportunity and as we’ve done more in areas like the digital world, we can see there’s a lot more interest and a lot more fans here in the US than people would expect on the surface.”

Efforts to secure a second race may have received an unexpected boost this week following the unexpected news Penske has purchased Indianapolis Motor Speedway.

F1 raced on the road circuit at the famed oval between 2000 and 2007. Penske indicated he will look at whether the F1 race should be revived. As the only track in the country besides the Circuit of the Americas which meets the FIA’s standard for an F1 venue, this could prove a quick win for the championship to add its long-awaited second US round.