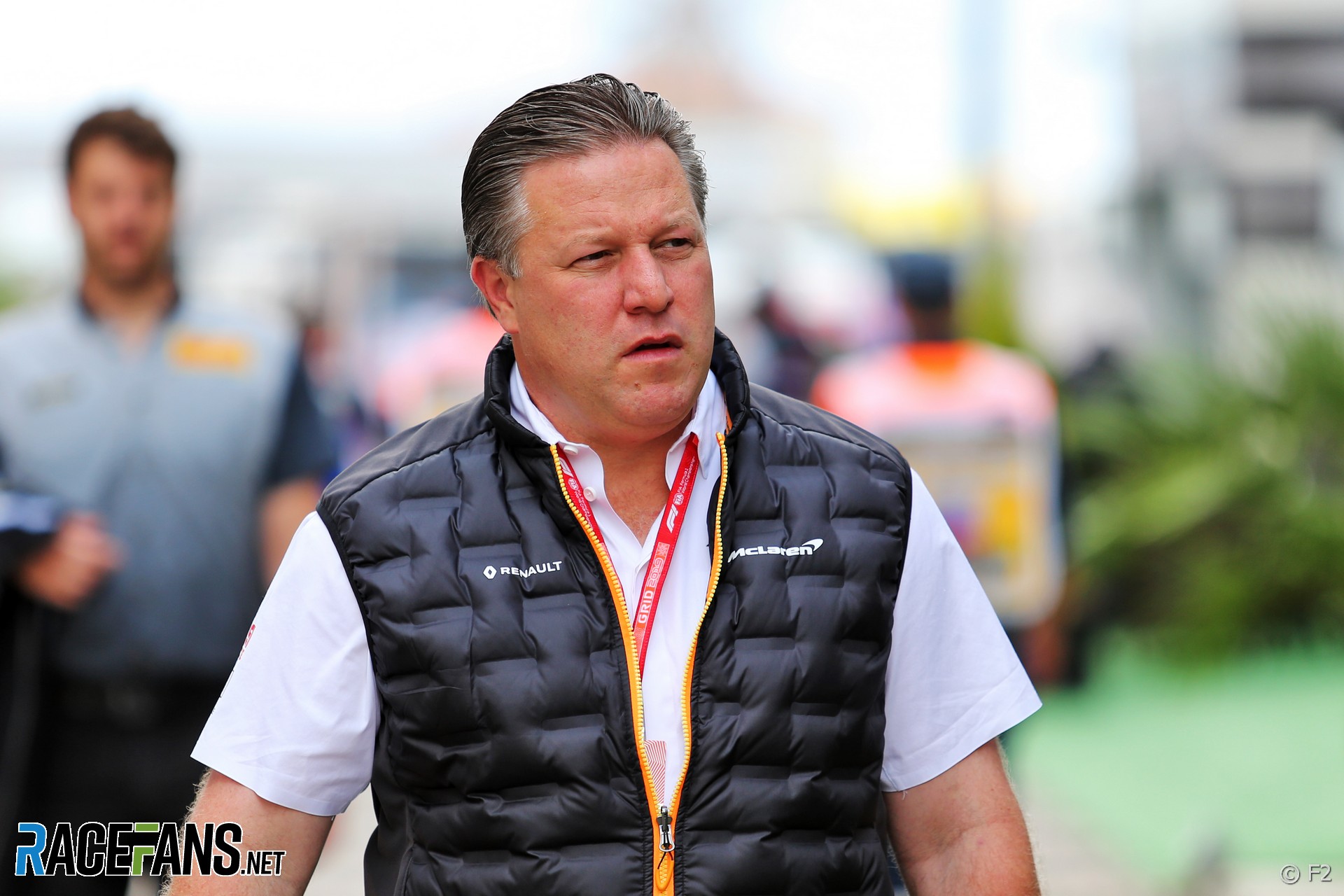 In the round-up: McLaren Racing CEO Zak Brown predicts half the grid will spend less than the budget cap when it is introduced for the 2021 F1 season.

Teams will be limited to a maximum budget of $175 million from 2021, though some significant items will not be included, such as drivers’ salaries.

Mercedes celebrated their sixth consecutive constructors’ championship and the sixth title in a row for one of their drivers at their factory earlier this week.

I want to thank everyone for their messages & support but it’s too emotional for me at the moment. My son Hugo will be putting together the photos we have recieved and I have asked him to run my account for me for a while. Thank you – Jody

"In his veto message, Gimenez said he had a recent meeting with race opponents, Jordan and Dolphins representatives and that he hoped to work out a compromise that would leave both sides satisfied. With the race not scheduled until 2021, Gimenez said it was 'premature to attempt to block an event of the magnitude of Formula One outright.'"

"Demonstrating pace and promise with his continued progress behind the wheel of the number 60 IndyCar, MSR has signed an extension with driver Jack Harvey."

"Obviously that would entail then coming under the fuel flow limit by as much as you’d gone over it, but that could still give you a power advantage. Because the fuel flow is way lower than it could be, the engine can make a lot of extra power from any extra – and that power carries from when you boost the flow, giving a faster rev increase, even as you subsequently back off the flow to remain within the average limit."

Buemi: Toyotas have 'no real hope' due to success handicap (Sportscar 365)

"It’s going to be difficult because they’ve reduced the power and boost so much that now even we struggle to pass GTs. It’s really extreme."

Overtaking expected to be easier in 2019-20 (Autosport)

"All the people (in Formula E) will not be gambling on energy like they did in the past. You cannot be saved by a safety car anymore, so this will change the dynamic of the race a little bit."

Is F1’s rising television audience in the USA due to the change of channels or something else?

I wouldn’t give ESPN too much credit for the ratings growth. NBC is doing just fine growing IndyCar ratings. It seems to me start times have been much later in the morning than they were a few years back. That helps a ton.

And F1 back at Indy? Mr Penske is too smart for that. The rest of the grand prix-hosting world would be upset if they saw the deal he got from F1 to host again.
Steve K