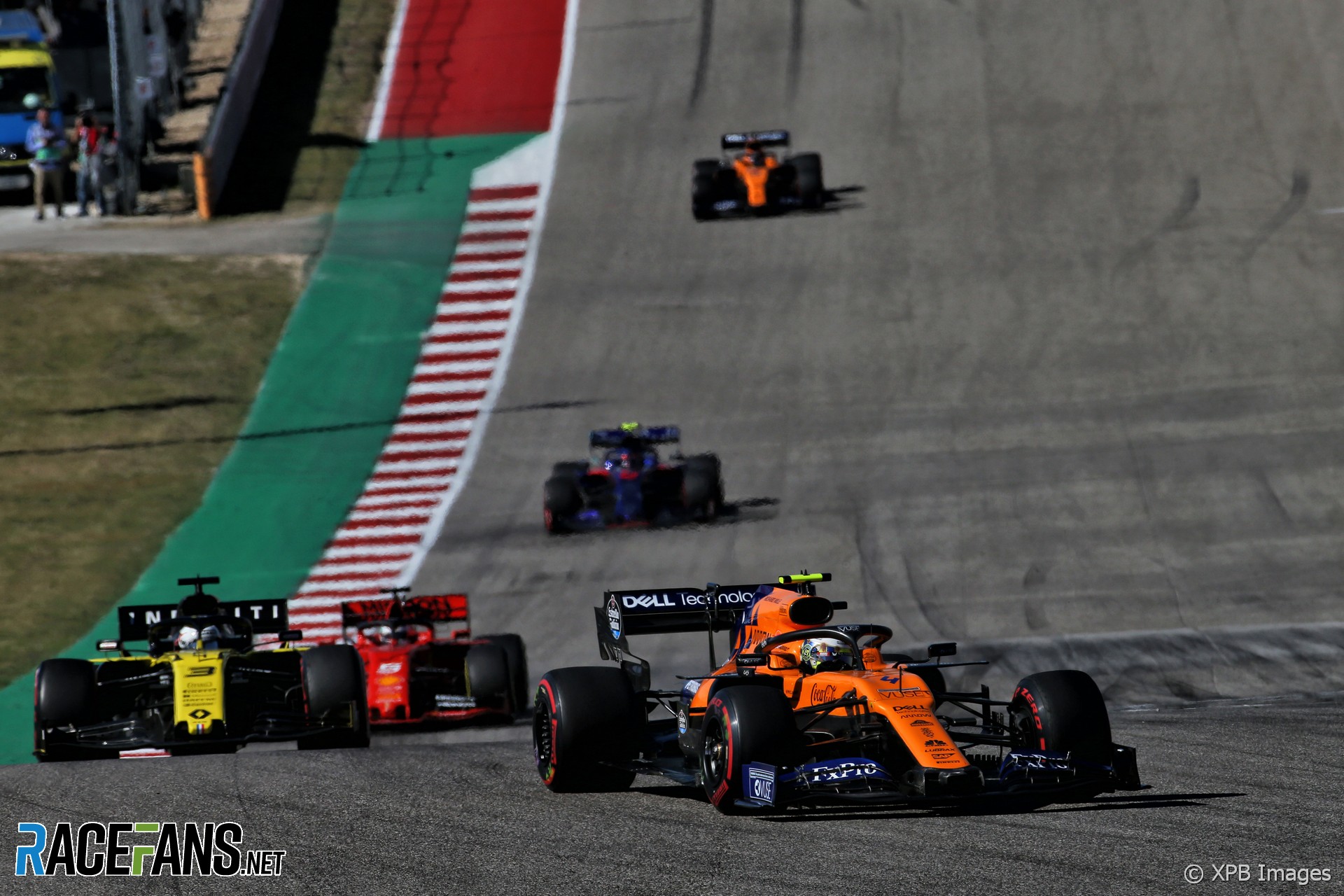 In the round-up: Lando Norris says the United States Grand Prix was McLaren’s best performance yet compared to the front-runners.

Norris was asked if he was surprised to pass Sebastian Vettel’s Ferrari at the start of the race at the Circuit of the Americas:

Well, they started on mediums and I guess it’s always a slight disadvantage.

But this weekend we’ve been the closest ever to the pace of the front-runners. Carlos [Sainz Jnr] was eight tenths off and I was one second off so our relative. The gap’s coming down slightly and that gives us the opportunity to do something like this.

So it wasn’t like we just got them off the line. It was on the first lap but still it was not just by getting lucky. It was [that] we had a slight pace advantage being on the softer tyre and I made the most of that.

So it was good fun. I mean, that’s what we like doing. And it’s even better knowing we’re in a much slower car and we’re getting past the Ferrari. So I’m happy we’re making steady progress, but it’s it’s rewarding to see something like that.

Christmas came early!!🎅🏽💯What a day!! Which one would you pick for few laps?😉 So much fun on track with all these beasts.

Gina Marie Schumacher paid tribute to her father Michael with her performance at the Verona Fieracavalli (horse fair) this weekend.#F1 pic.twitter.com/TiQFzzs0cr

"Seaidan and French co-driver Francois Cazalet finished as runners-up in a MINI All4 Racing and the Spanish pairing of Formula One star Fernando Alonso and Marc Coma rounded off the podium places with the third fastest time on the final selective section."

"It’s just very artificial. We have a car that’s quicker in the corners and under acceleration but we lose everything on the straight, so it’s a very artificial fight that I think at some points are nearly dangerous."

"Ferrari was set to take its first ever LMGTE Pro victory on Chinese soil but the number 51 car was in breach of the WEC Technical Regulations after the minimum ground clearance was found lower than 50mm." 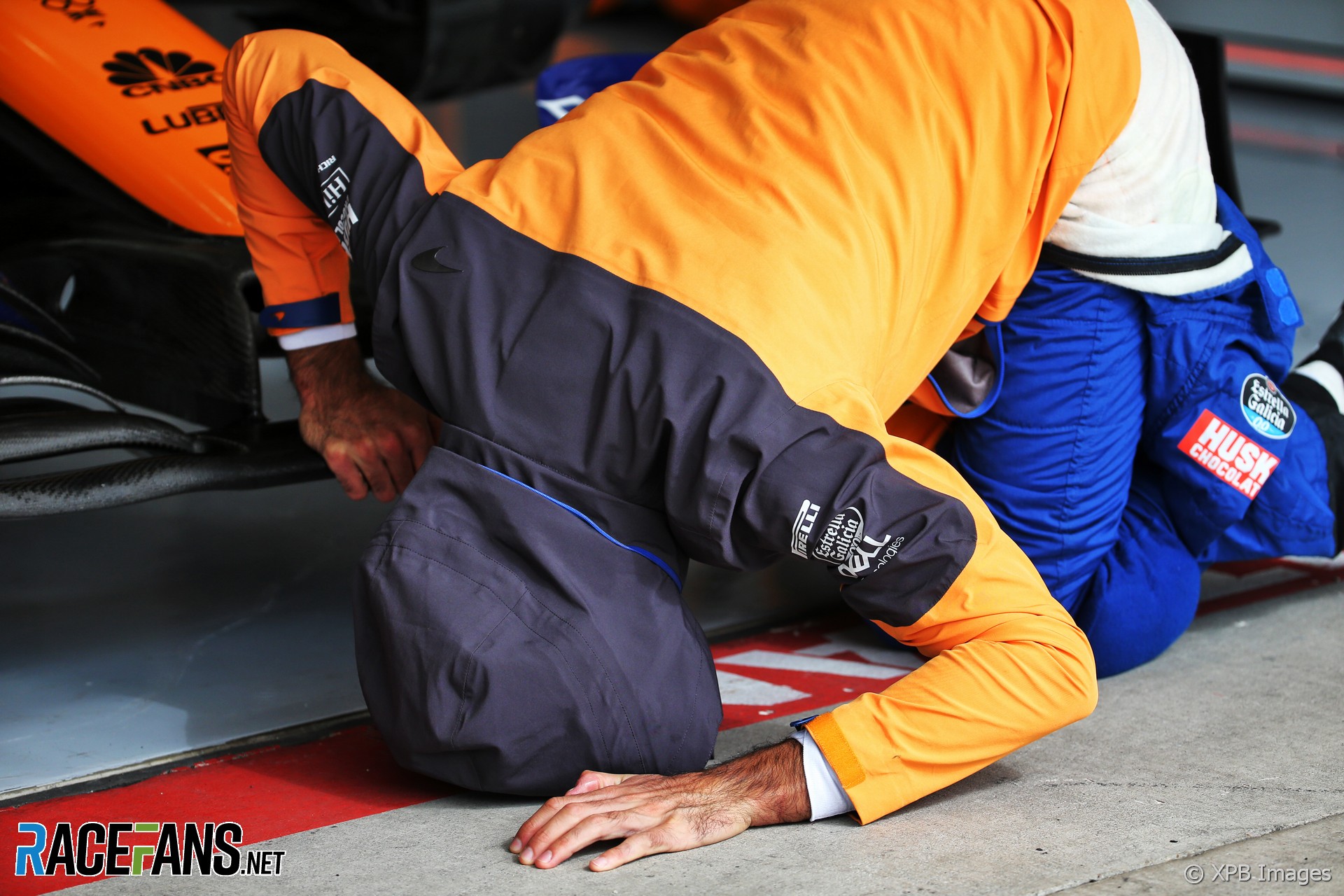 Carlos and Lando regretted playing football so close to the parked cars.
@Ninjenius

Thanks to everyone who joined in last weekend, particularly EuroBrun, Sjoerd Druiven and DV for their great suggestions.

12 comments on “Norris: McLaren closer to front-runners than ever now”