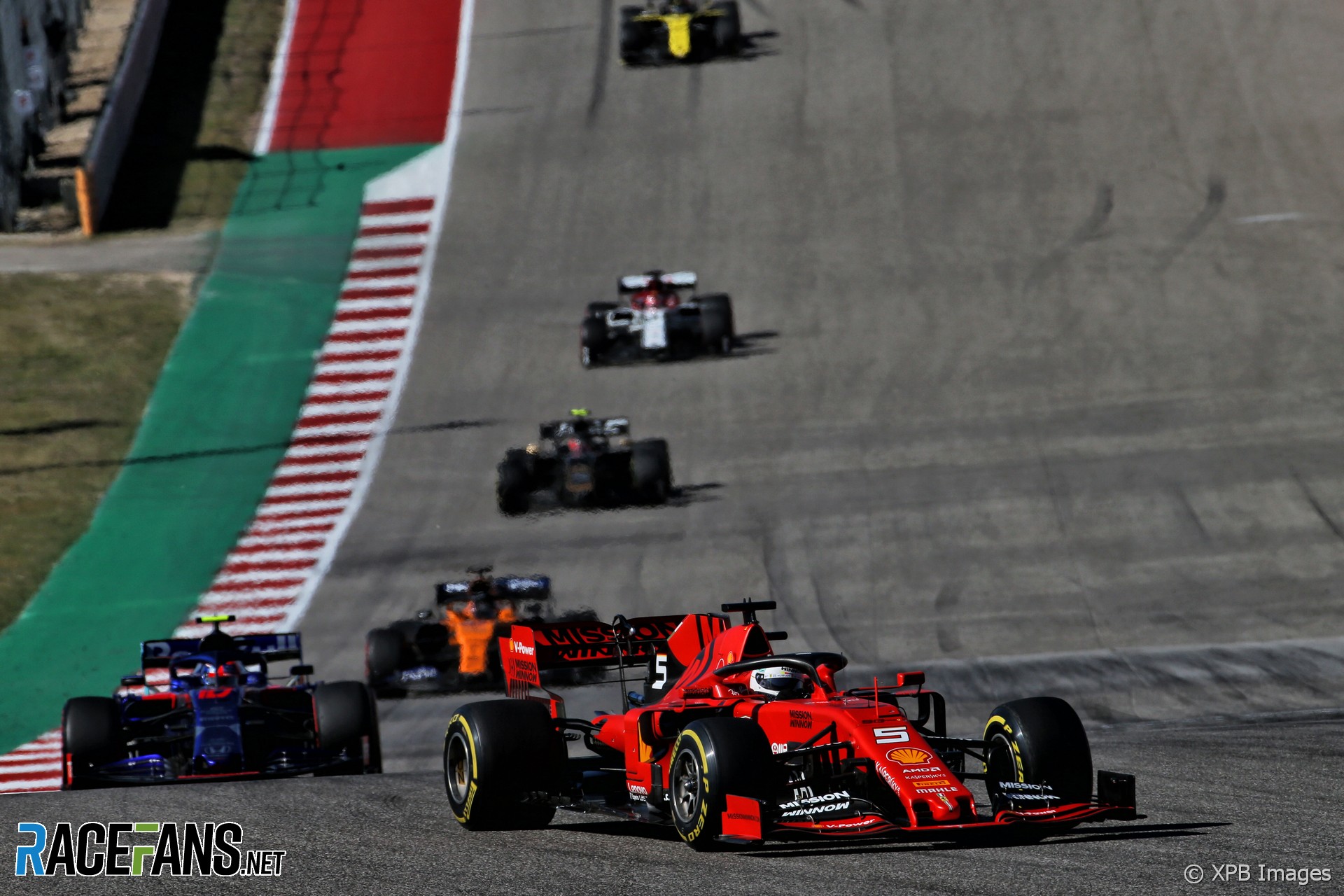 In the round-up: Sebastian Vettel’s retirement from the United States Grand Prix was caused by the bumps at the Circuit of the Americas, the Ferrari driver said.

Vettel suffered a right-rear suspension failure on the eighth lap of the race:

It looks like at the moment that it was just caused by the bumps or by the track. Obviously we’ve been racing around the track the whole weekend but I think in the race, it was just I think probably we got lucky before that we didn’t see any damage. So unlucky in the race that with that one lap or one spike, it looked like that was too much.

A selection of classic Ferraris, some in updated liveries, ran in the team’s annual Finali Mondiali event at Mugello.

Last time out @McLarenF1 produced their best qualifying performance for more than five years. Can they get even closer to the front runners in Brazil?#F1 pic.twitter.com/3LztbehjPg

It might just be me (it's probably just me), but doesn't the fact F1 has two (or any) dead rubber events at the end of the year just feel really… antiquated?

No 'spec four' power unit for Charles Leclerc this weekend – he confirms his replacement engine is the same specification as the previous one.#F1 #BrazilianGP pic.twitter.com/oioBlzSu9a

"Tamas Rohonyi, the Brazilian GP promoter for 38 years, including the decade in Rio, believes Sao Paulo is 'unbeatable' in the dispute. He admits any city has the right to bid to host the F1 race, but says there hasn’t been any decisive movements to build a viable track in Rio."

Daimler to slash more than €1bn in personnel costs (FT)

"The (Mercedes-owning) company has already been bleeding cash. It has burnt through more than €500m this year as it grapples with the cost of electrification. It has also agreed to pay an €870m fine over allegations that almost 700,000 of its diesel vehicles failed to comply with regulations."

"The next race outing for 219 would be the French Grand Prix at Magny-Cours, where victory would secure Schumacher his fifth world title and a place amongst the sport’s greats."

"Jake Hughes raised the bar in the first Qualifying session, securing provisional pole at the FIA F3 World Cup, thanks to an impressive time of 2:06.793. The Briton was followed closely by David Beckmann and Jüri Vips, as the remainder of the field struggled to break the 2'07 barrier."

How impressive was Alexander Albon over his first seven races at Red Bull?

Albon hasn’t been stellar, unlike what the headlines make out. But unlike Gasly, he hasn’t been a disaster either.

Whereas Gasly failed to get the RB15 into the top six (where it belongs) on multiple occasions, Albon has always reached the chequered flag there; despite being in his first season of Formula 1.

So in my mind he deserves this shot at Red Bull for next season, but he does need to up his pace more.
Craig Simons