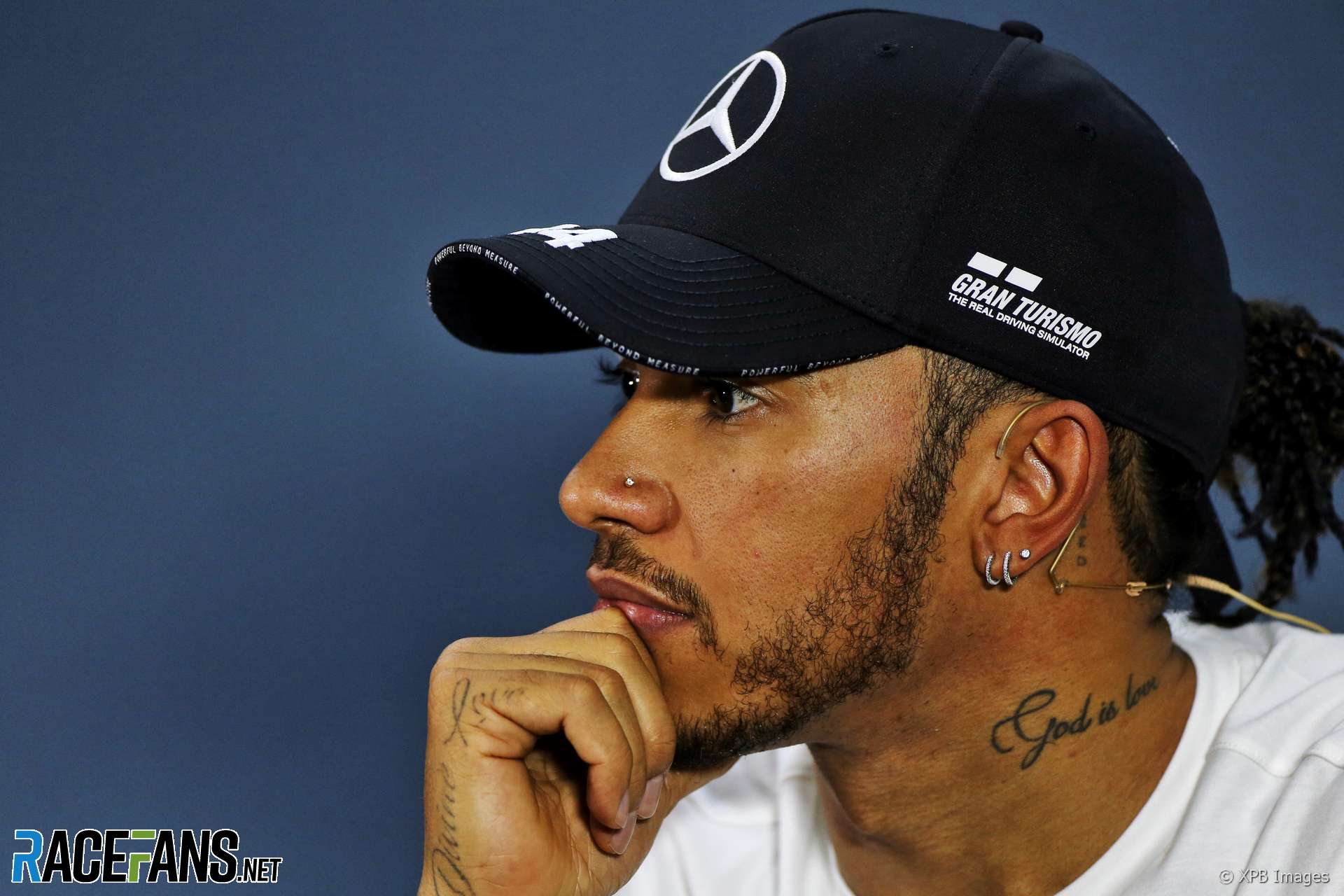 Lewis Hamilton has dampened speculation he could receive a knighthood in acknowledgement of his sixth world championship victory this year.

The Mercedes driver is close to surpassing Michael Schumacher as the most successful driver in the history of Formula 1.

He was made a Member of the Most Excellent Order of the British Empire (MBE) for “services to motor racing” following his first world championship victory in 2008. His subsequent successes have prompted calls for him to join other motor racing figures who have received knighthoods, including Sir Jackie Stewart, Sir Stirling Moss and Sir Frank Williams.

However Hamilton isn’t considering whether it could happen and said he does not expect to receive a knighthood.

“I don’t really like to think too much about it,” he said. “Just the fact that people have mentioned it, it’s already an honour, but it’s not been something that I’ve been chasing in my life.

“If, at any point, that was to happen, I don’t particularly know how I would handle it. I have stood in front of Her Majesty the Queen before and it was pretty incredible and I think she’s just awesome.

27 comments on “Hamilton: I don’t think I’m going to get a knighthood”