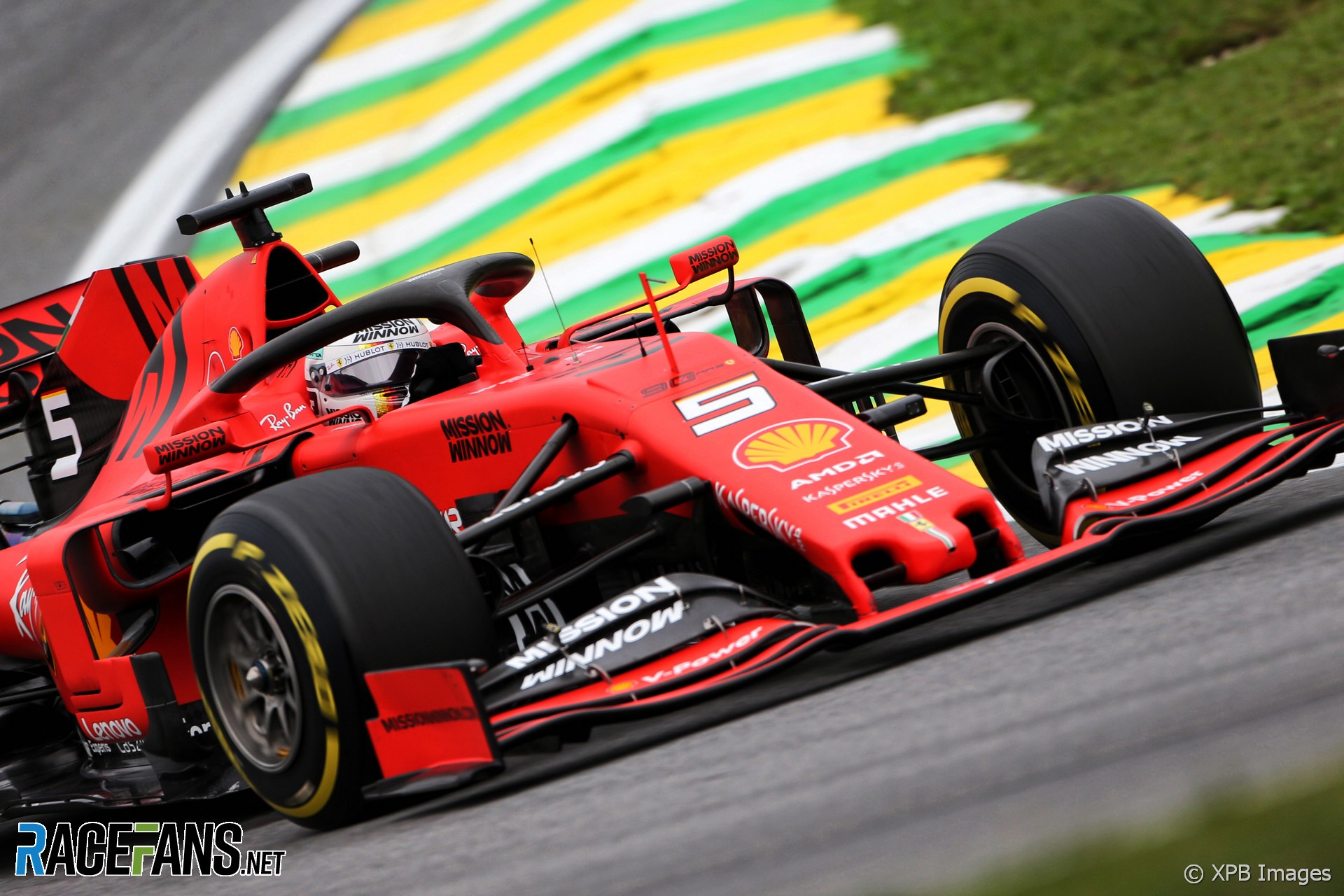 Ferrari have lost the edge they enjoyed over their rivals in qualifying recent races, Mercedes technical director James Allison believes.

Having taken every pole position in the first six races after the summer break, the red cars missed out on the top spot for the second race in a row in Brazil.

The previous round was the first since the FIA issued a technical directive clarifying how it interprets the rules governing the power unit. A further clarification emerged ahead of this weekend’s race.

That has prompted speculation that Ferrari has had to change something related to its engine, which has cost it performance. The team strenuously denied this claim after the previous race.

While Charles Leclerc’s Ferrari was quickest in the speed trap in qualifying, he was only 0.2kph faster than Daniel Ricciardo’s Renault and Pierre Gasly’s Toro Rosso-Honda. Leclerc went into the race knowing he would have a 10-second penalty for a power unit change, which means he has the benefit of a fresh engine for the final two races, and may have chosen to reduce his wing levels this weekend to aid overtaking, boosting his straight-line performance.

“They were still pretty useful on the straights,” said Allison on Saturday. “But not quite as marked as it was yesterday. That could be lots of things. We all run different power modes on Fridays.

“I think probably the only thing that you could stand back from a distance and say is that it’s two races on the trot where it hasn’t been a pole position for a Ferrari and they sort of had a reasonably comfortable margin.

Max Verstappen took pole position for Red Bull. Sebastian Vettel, who will start alongside him, suggested the explanation is that Honda have gained performance, rather than Ferrari losing it.

“I’m a bit surprised by the speed that Honda had down the straight,” he said. “I don’t know where that came from.”

“We have been fast on the straights for the entire season, starting from the first couple of races, and we are still fast,” he said. “And they haven’t been and now they are. So I don’t know.”

17 comments on “Ferrari lost their “comfortable margin” in qualifying”