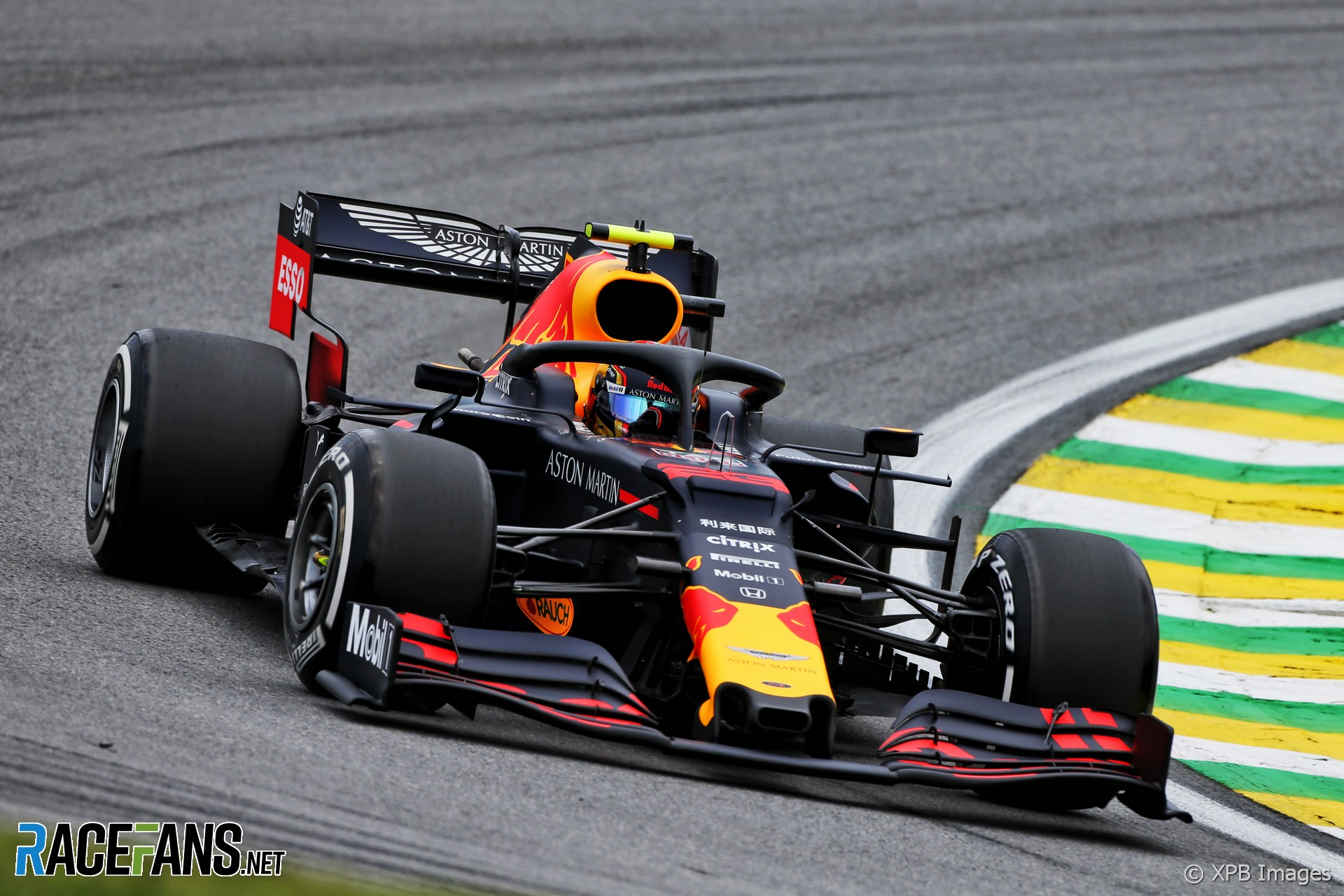 Lewis Hamilton accepted responsibility for his late-race collision with Alexander Albon in the Brazilian Grand Prix.

The Mercedes driver tried to pass the Red Bull on the inside of turn 10 but the pair made contact which tipped Albon into a spin.

The stewards are investigating the incident. However speaking immediately after the race, Hamilton said he was responsible for the crash and apologised to Albon.

“He did a great job,” said Hamilton. “He was very fair with where he positioned the car.

“I massively apologise to Albon. I went for a move, the gap was kind of there, but obviously it closed right at the end. [It was] completely my fault.”

Hamilton doubted he had the speed to pass Albon but the Red Bull driver disagreed. “I think he would have overtaken me anyway into turn one because he obviously had fresh tyres and he was looking racy,” he said.

Albon said he saw Hamilton preparing to make a move but wasn’t sure if his rival would commit to it.

“I need to look at it back to be honest,” he said. “We came out of turn nine and I had some gap to Lewis and I thought we were OK where we are. I felt like I went in a little bit hot and I wanted just to cover him and make sure he doesn’t get any ideas.

“And of course you see it, you see the crossing, but once you dive [in] there’s a blind spot and you don’t know how far alongside he is. I thought OK, he was far back enough that I’ll give him some space but I didn’t expect it.”

25 comments on “Hamilton apologises to Albon for collision”