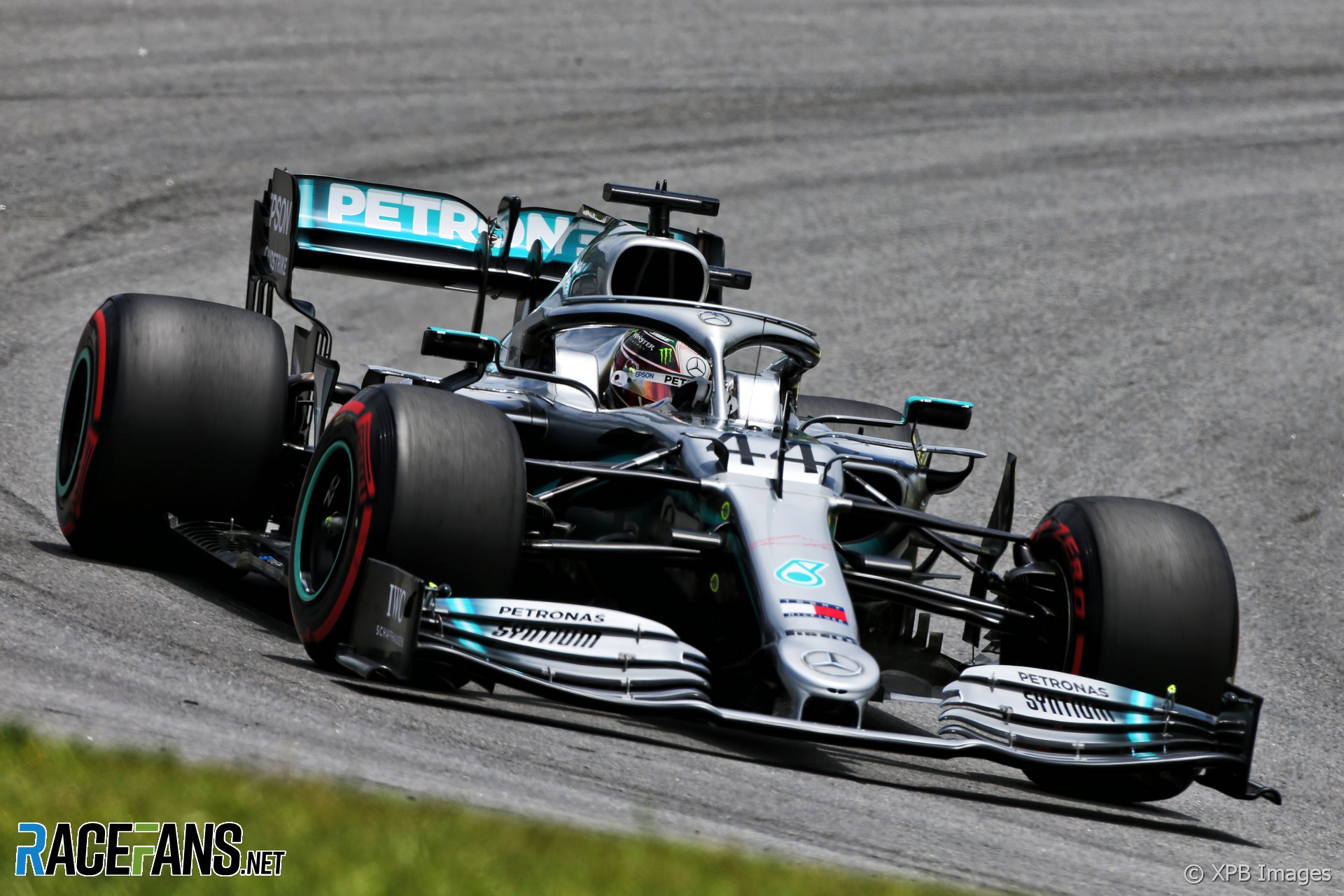 Lewis Hamilton has lost his third place finish in the Brazilian Grand Prix for his collision with Alexander Albon.

The stewards handed the Mercedes driver a five-second time penalty which drops him from third place to seventh in the race classification.

The stewards held Hamilton primarily to blame for the collision and handed him two penalty points on his licence.

“Car 23 [Albon] was on his normal race line,” noted the stewards. “Car 44 [Hamilton] attempted to pass on the inside, but was unable to get far enough inside to accomplish the overtake and by the time he realised there would not be sufficient room he was unable to back out of the situation and the collision followed.

“The stewards determined that car 44 [was] predominantly at fault for the collision with car 23 at turn 10 and therefore ordered a five second penalty.”

Hamilton accepted responsibility for the collision after the race and apologised to Albon for the collision. The Red Bull driver was running in second place when they collided on the penultimate lap of the race, and on course for the best result of his career, but finished out of the points following their clash.