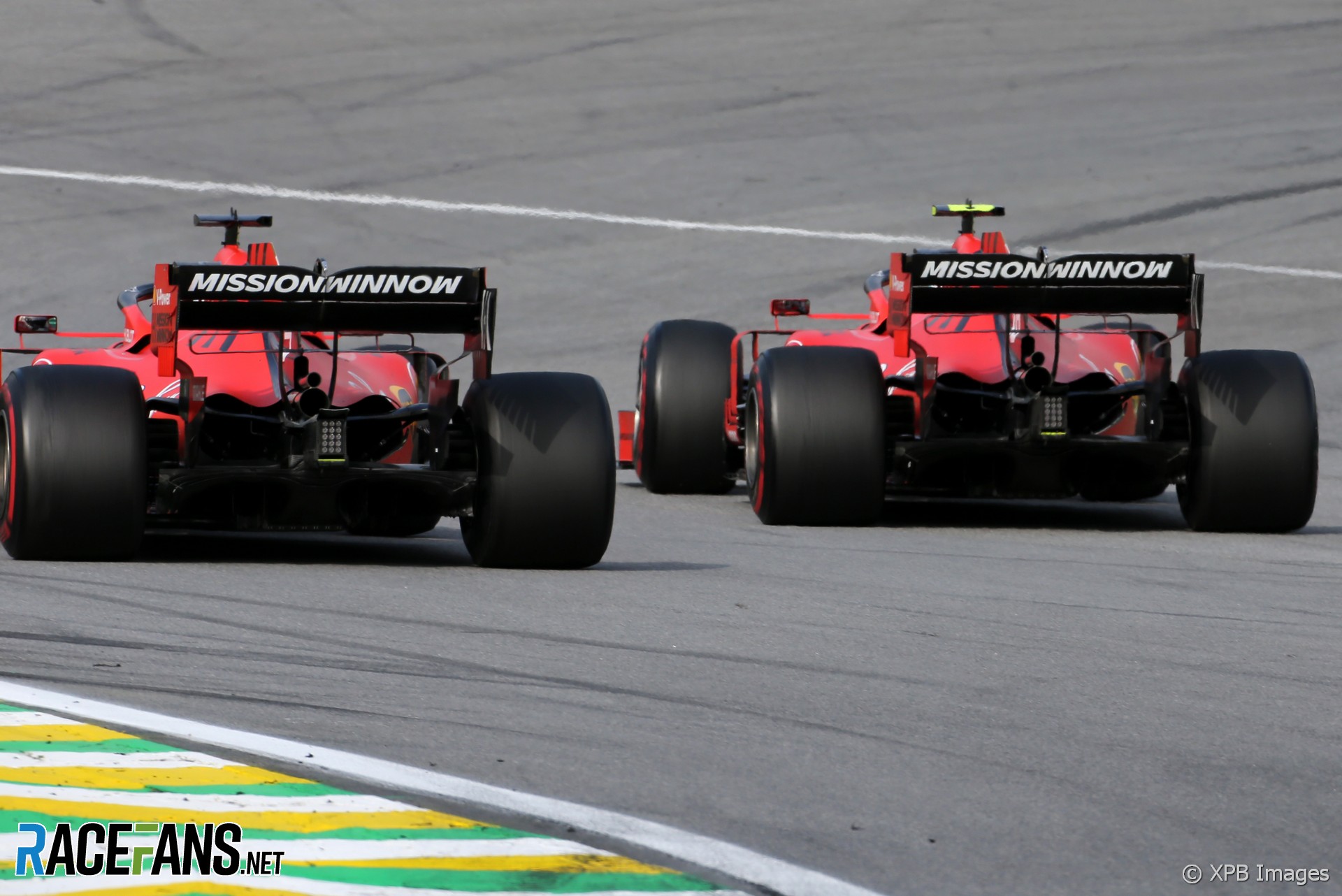 Sebastian Vettel and Charles Leclerc will not be penalised over the collision between the pair of them in the Brazilian Grand Prix.

The two drivers collided on the straight between turns three and four. The damage put both out of the race.

After speaking to both drivers and a representative of Ferrari, they ruled both drivers could have avoided the collision.

“The stewards determined that both drivers had the opportunity avoid or mitigate the incident and therefore that neither driver is predominantly at fault,” they noted.

Following the collision Leclerc said he left enough room for his team mate but Vettel claimed he did not have much space. Ferrari team principal Mattia Binotto said both drivers were partly responsible for the collision.

Asked for his explanation for the collision Vettel said: “It doesn’t matter now. We know we both didn’t finish the race, which obviously is bad for us as a team.

Leclerc said he left room for his team mate to avoid contact. “He went around the outside, there was little space, but I left the space.

“He took [me] and then towards the end of the straight he started to squeeze me a little bit to the inside and we were very close. Everything happened very quick and as soon as he went to the inside we touched and I had a puncture.”

45 comments on “Stewards take no action over Vettel-Leclerc collision”