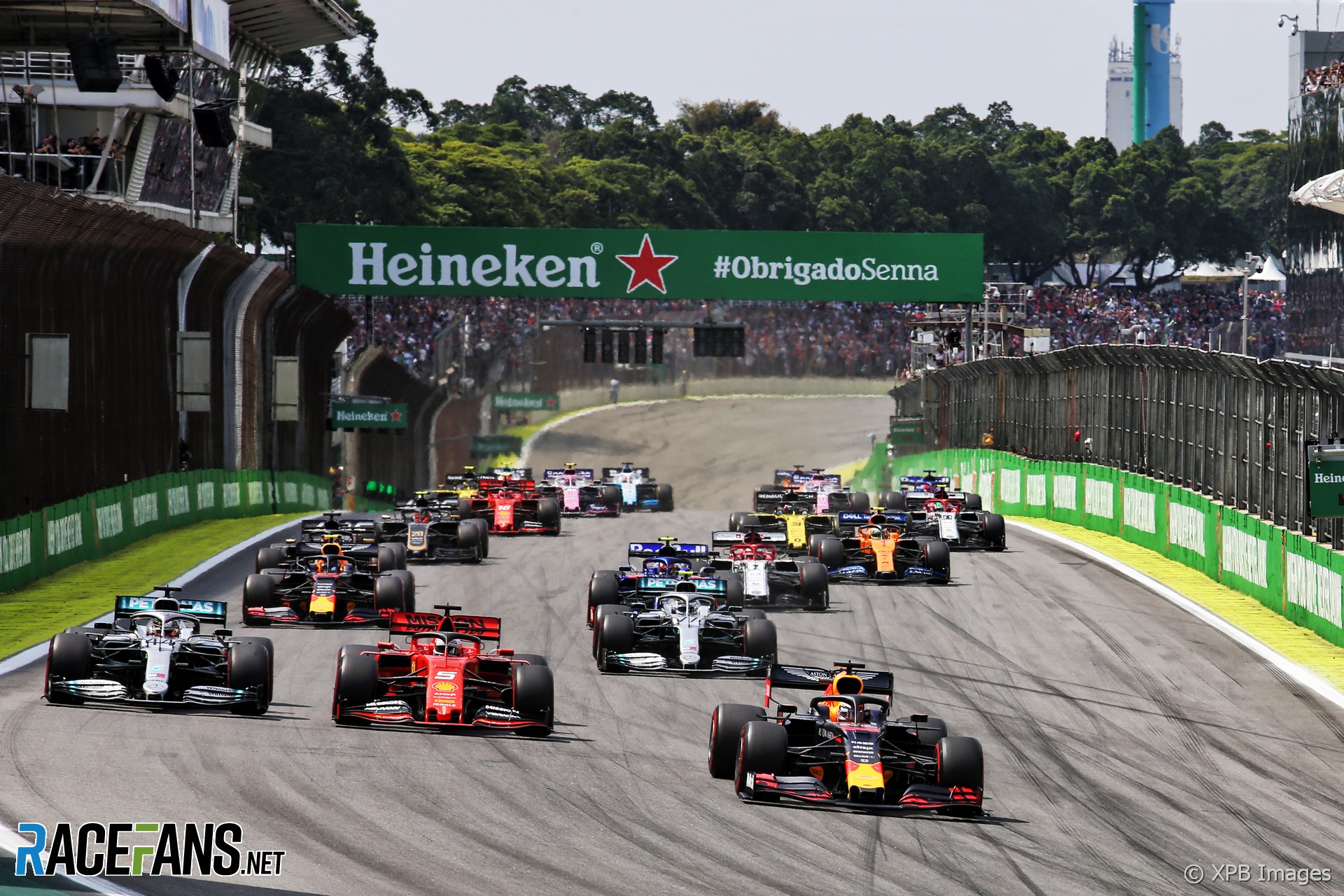 Max Verstappen had to pass Lewis Hamilton twice to claim victory in the Brazilian Grand Prix. But the race ended in drama as the two Ferrari drivers crashed into each other while fighting over fourth place.

Charles Leclerc dived past Sebastian Vettel for fourth place at turn one with five laps to go. Vettel came back alongside his team mate as they raced towards turn two and drew alongside the other Ferrari on the outside. But the pair made contact, leaving both with damage which ended their races.

Their collision triggered the second Safety Car period in the closing stages of the race. The first was caused when Valtteri Bottas’s Mercedes expired as he was trying to chase down Leclerc.

Verstappen was under pressure from Hamilton at the time and Red Bull took the bold call to pit him, costing him the lead to Hamilton, but getting onto fresh tyres. It paid off immediately as Verstappen passed Hamilton, who he had taken once earlier in the race, and regained his lead.

Hamilton came under pressure from Albon, and when the Ferrari drivers caused the second Safety Car period, Mercedes brought Hamilton in for fresh rubber. He immediately passed Pierre Gasly at the final restart with two laps to go and set off after Albon.

But a hasty move by Hamilton at turn 10 tipped the Red Bull driver into a spin. Gasly nipped by and held Hamilton off to the line by a car length. Meanwhile the stewards are investigating the collision.

A penalty for Hamilton would promote Carlos Sainz Jnr to the podium. The McLaren driver brilliantly rose from the back of the field to take fourth on the road after running a long first stint.