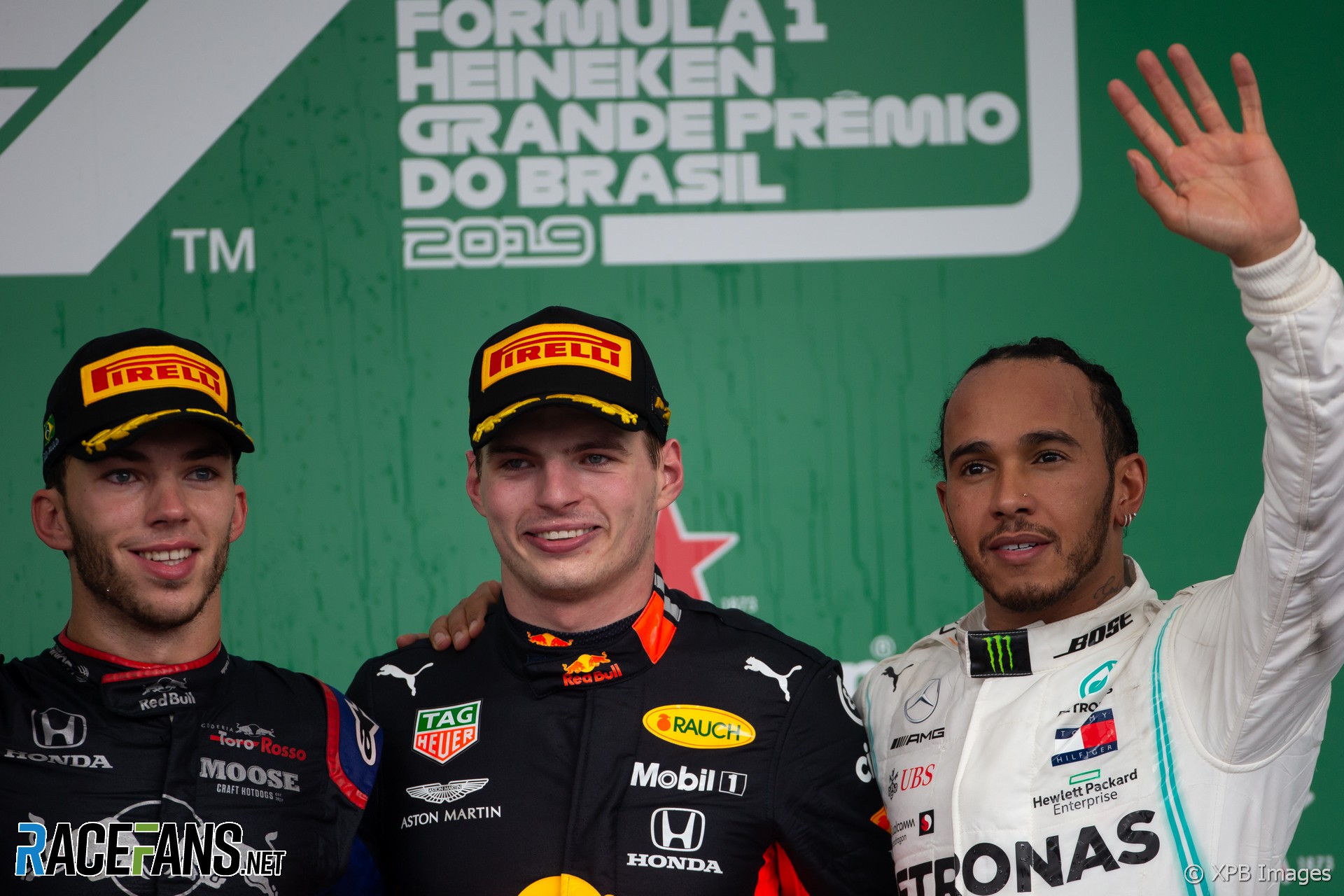 Carlos Sainz Jnr scored his first podium finish in yesterday’s Brazilian Grand Prix. But the McLaren driver wasn’t able to celebrate on the podium as his third place wasn’t confirmed until after the ceremony.

The stewards’ decision to give Lewis Hamilton a five-second time penalty for his collision with Alexander Albon, which promoted Sainz to third, was confirmed an hour after the chequered flag.

Other penalty decisions in recent races have taken much less time. In Mexico the stewards took less than 10 minutes to penalise Daniil Kvyat for his collision with Nico Hulkenberg on the last lap.

In Kvyat’s case the stewards decided they did not need to hear from the drivers involved in the incident before issuing a penalty. However Hamilton and Albon were summoned over their collision. This meant the decision could not be made before the podium ceremony.

FIA race director Michael Masi said the stewards decided the Hamilton-Albon collision needed to be investigated after the race. “With everything that had happened in that last period of the race, and obviously a very late call for the Safety Car to come in, it was something that they determined because it was so close they were going to do a post-race investigation.”

However in his post-race interview immediately after the race Hamilton accepted blame for the crash and apologised to Albon. Mercedes sporting director Ron Meadows told the stewards they accepted responsibility for the collision.

This meant the investigation itself took little time, said Masi. “When you’ve got a team that comes down and says ‘we made a mistake’ it becomes a very simple investigation from the other side.”

There have been cases of the top three finishing positions being changed by a penalty which was decided between the chequered flag and the podium ceremony. At the Circuit of the Americas in 2017 Max Verstappen was replaced on the podium by Kimi Raikkonen after he was given a penalty.

Masi said he understood the desire for penalties to be decided quickly enough that the podium can reflect the final classified finishing order. But he said the stewards also need to take their time to come to a correct decision. “It’s a catch 22,” he said.