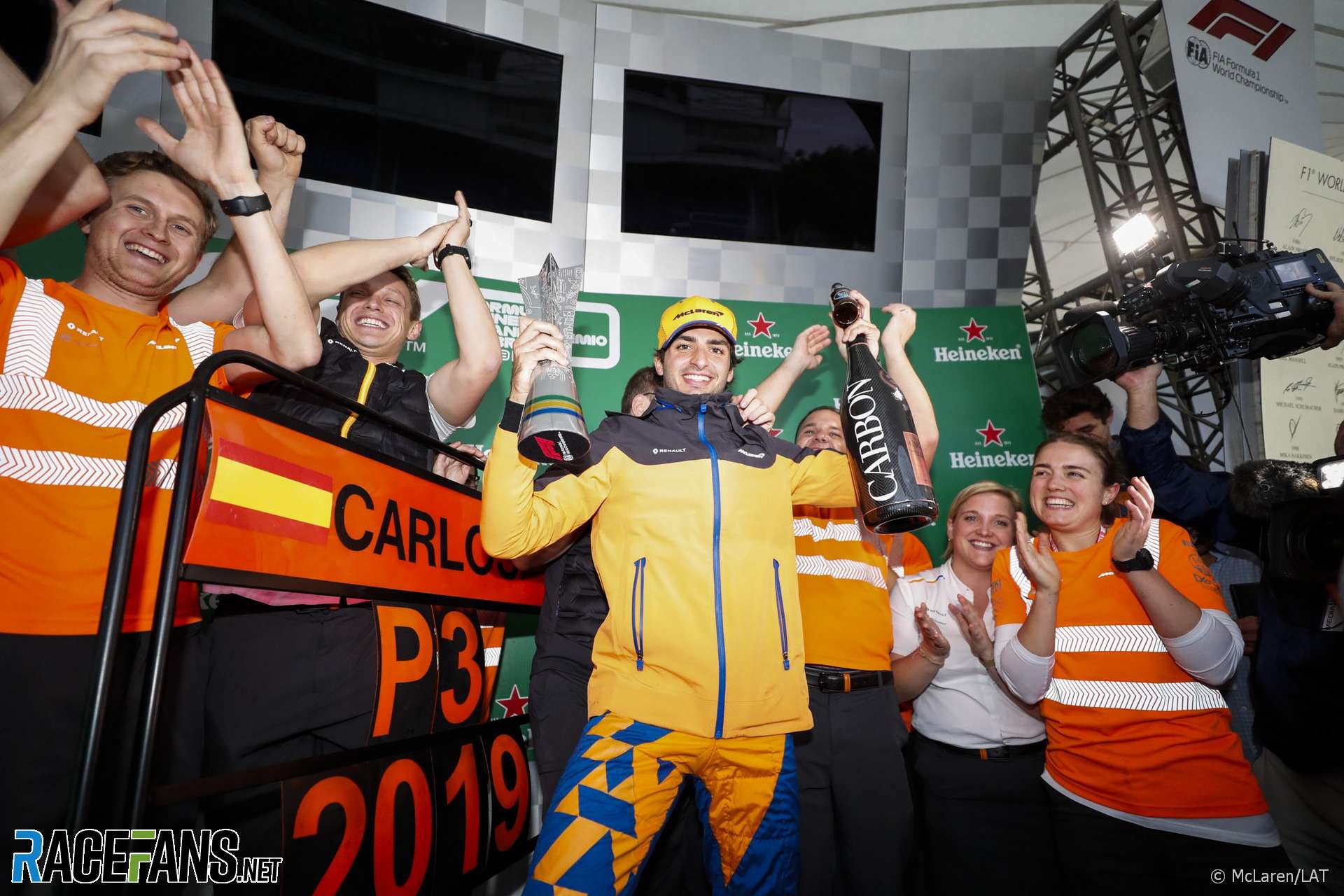 McLaren team principal Andreas Seidl said he “couldn’t be happier” as the team clinched fourth place in the constructors’ championship with one race to go.

The team moved 49 points clear of fifth-placed Renault in Brazil with 44 points available in the season finale at Yas Marina. It’s McLaren’s best constructors’ championship result since 2012, when they came third.

“For us it’s great that we could secure [fourth] in the constructors championship today,” said Seidl after the race. “It is simply a great reward for all the hard work everyone has put into this year here at the track and especially back home in the factory.”

Carlos Sainz Jnr took a surprise third place, the team’s first top-three score since 2014, having started last on the grid. Seidl said the team took a “full risk” strategy approach by trying to get through the race with a single pit stop.

“It was not an easy race to read really today,” he said. “We had full risk with Carlos with a one-stop strategy, putting him on the mediums and an unbelievable long stint. I don’t know how many laps he did, 40-something. A great drive from him, how he how he defended at the end compared to the other cars on new tyres.”

Lando Norris let his team mate past at one stage in the race on his way to eighth place.

“On Lando’s car at the end at some point we were splitting the strategies and I think for Lando there was just not enough laps any in the end to benefit from the newer tyres.

“But I’m very happy with having both cars in the points today. I think also the race pace today was better than anticipated so we actually could fight and could also overtake which is encouraging.”

“Great to see also today the pit stops which were phenomenal, especially after the hard time we had in previous races,” he added. “This also helped us to gain these positions also on track today.”

Seidl said the team will “celebrate this [fourth place]” at its base this week. “Then we try to refocus again on Abu Dhabi to have a good finish of the season. And then obviously it’s the right motivation to go into winter and making sure we make the next step as a team for next year.”