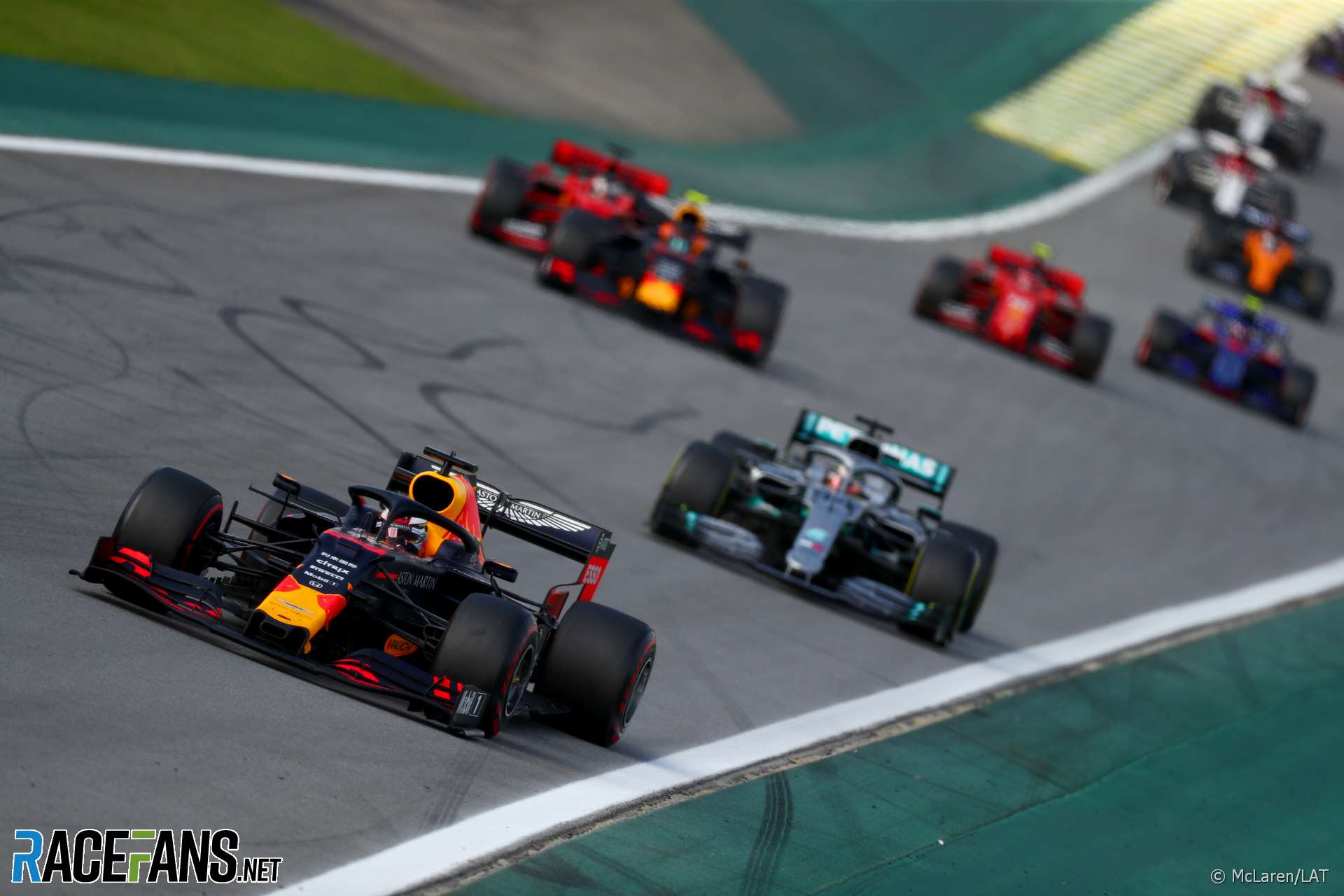 The team scored its first win from pole position of the 2019 season last weekend, demonstrating the progress they have made in their first season with power unit supplier Honda.

Prior to the race Max Verstappen claimed the team’s potential had been disguised since the summer break. Afterwards Mercedes technical director James Allison admitted they had seen the growing threat from Red Bull.

“[But] no way can you say that strength was all engine,” he added. Red Bull had strong straight-line speed throughout the weekend. At the end of the race, Lewis Hamilton’s Mercedes was unable to out-drag Pierre Gasly’s Honda-powered Toro Rosso before the finishing line.

Ferrari team principal Mattia Binotto said Red Bull’s gains did not come from its engines alone. “It’s the same engines they had in the last races,” he said. “They could not have done progress here in Brazil. So I’m not sure that’s the right conclusion.”

Binotto believes Red Bull have found a set-up which allows them to achieve greater straight-line speed without sacrificing much performance in the corners. Meanwhile Ferrari has been going in the opposite direction, trading off its superior top speed to find time in the corners.

“They were fast around the lap, that were fast on the straight as well, that we need to analyse. But if I look our qualifying compared to them I think we’re almost matching their grip-limited and very close as well on the straight lines, they’re more power-limited. So I think it’s a balance again between aero configuration, what you’re choosing.

“It’s the very first time maybe where [we] are so close to them in grip-limited, showing that as car Ferrari are moving a different set-up direction, giving advantage in the cornering. So maybe it’s all relative.

“If we have gained relative to them in the cornering they certainly have gained to us in the straights now.”