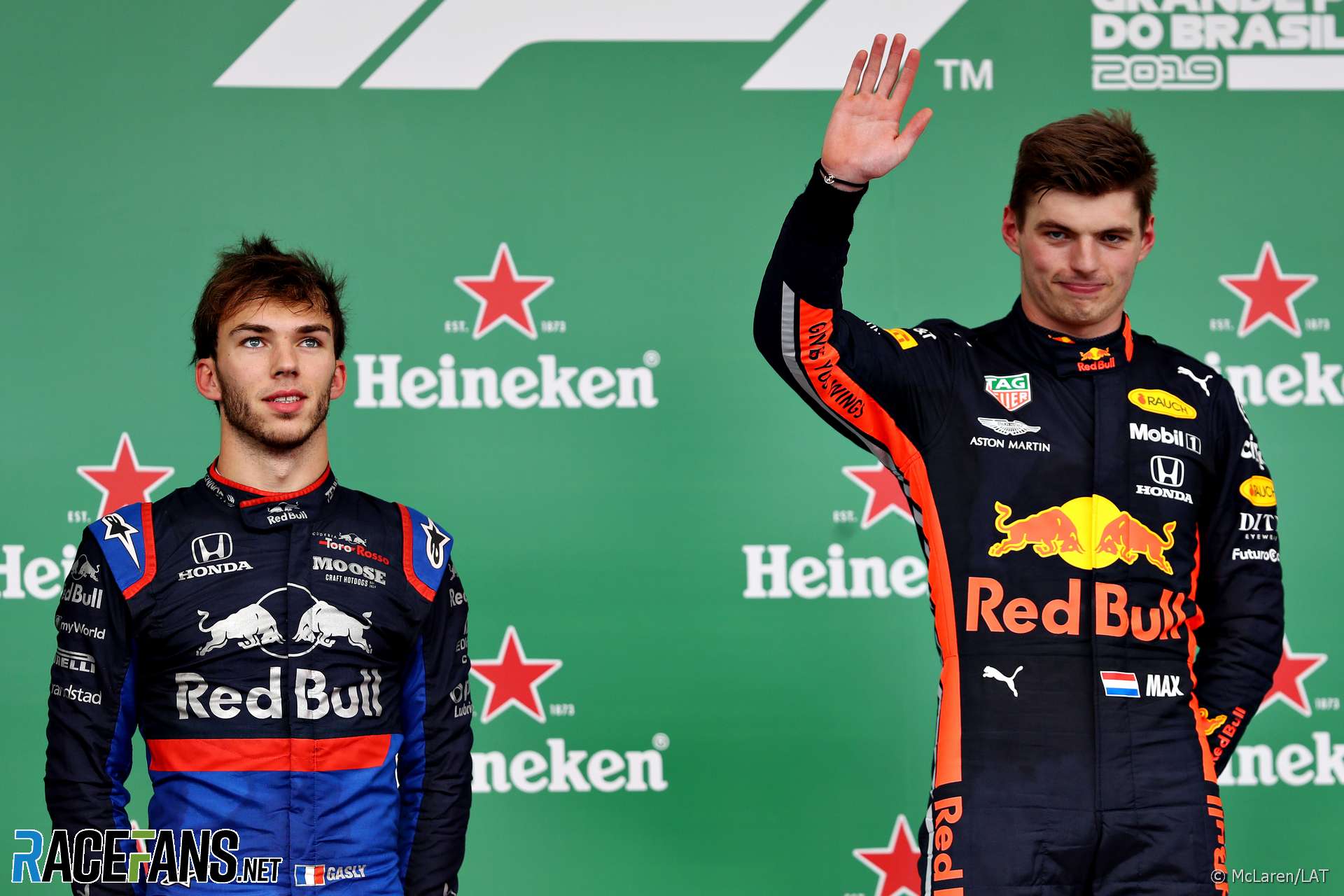 Pierre Gasly’s podium finish in the Brazilian Grand Prix shows how he has thrived since being dropped by Red Bull, according to team principal Christian Horner.

Red Bull replaced Gasly with Alexander Albon during the summer break, just 12 race after he joined them. Gasly took second place in Brazil, the best finish of his career so far, partly thanks to Albon being hit by Lewis Hamilton on the penultimate lap of the race.

That was Gasly’s fifth points score since returning to Toro Rosso. During that time, he’s out-scored Daniil Kvyat by 32 points to eight.

“He’s doing a very good job,” said Horner. “I think that removing him from the pressured environment here, putting him back into the slightly less pressured environment of Toro Rosso, perhaps in a car that is slightly easier to drive, his confidence has been recovering and recovering and he’s put in some great performances. And that’s why we took up the option on him again for 2020.”

Gasly handled his demotion well, said Horner. “He had two choices. He could either get depressed about it or be grateful for the fact that he was still involved in Formula 1 and that Red Bull still believed in him. And he embraced it rather than got dejected by it.

“I think there was almost a slight relief as well, because obviously the pressure only mounts. He came into the season after two crashes [in testing], then there were some really tough races for him. You guys [the media] don’t cut much slack either.

“So the pressure only builds and I think it was the right thing to remove him from that pressure. And it’s been good to see him really find his confidence at Toro Rosso.”

Horner said Gasly’s continued presence at Toro Rosso shows he could return to Red Bull in the future.

“If we didn’t believe he was a candidate for us we would have released him from the contract,” he said. “But obviously we still believe in his talent and that’s why we retained him within the group.”