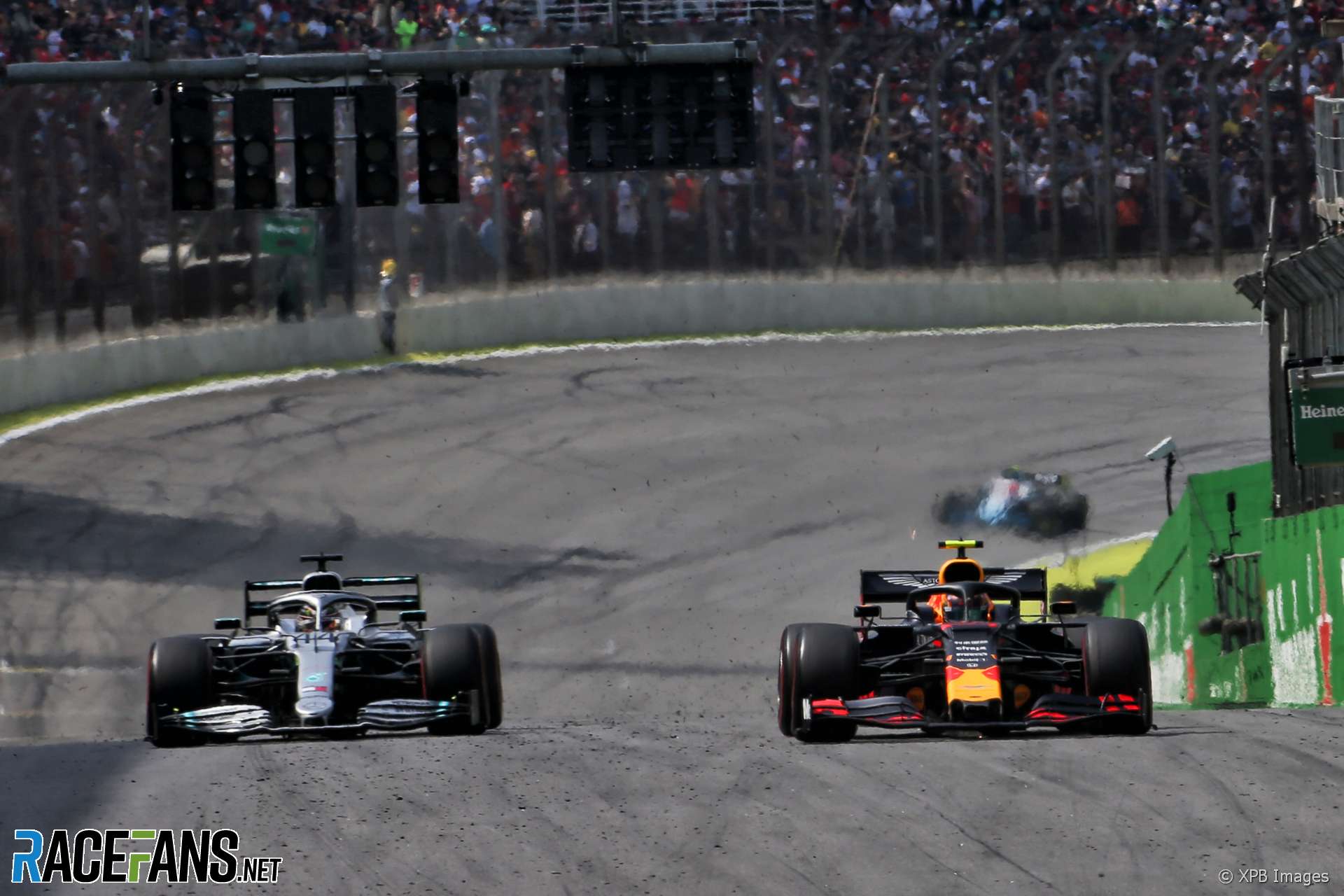 In the round-up: FIA race director Michael Masi said he had no concern about the the state of Lewis Hamilton’s wing following his collision with Alexander Albon.

At Suzuka Charles Leclerc was told to pit because his front wing was falling apart. However Masi said this was not necessary for Hamilton at Interlagos because his wing was not showing signs of breaking up:

No, there was nothing hanging off.

We did have a look but there was nothing hanging off that wing.

So today we invited @SilverstoneUK marshall, Steffan, to the factory! pic.twitter.com/XazdSWgFMx

Listen to the crowd at the Senna S as @Max33Verstappen overtakes @LewisHamilton at the first restart during the #BrazilianGP: https://t.co/dG6mEQxlpH #F1

According to the report, the FIA is examining parts of the Ferrari power unit's fuel lines between the flow rate sensor and the engine.

"The legislation would have survived if her original eight-member coalition held, but Commissioner Javier Souto switched votes, saying he thought the race was too valuable to the economy to let neighbors’ objections derail the event."

Veekay to race for Carpenter in 2020 (IndyCar)

"Ed Carpenter announced today that 19-year-old Dutch driver Rinus VeeKay will join the IndyCar series as the full-time driver of the number 21 Chevrolet for the 2020 season."

"Christian Lundgaard will make his Formula 2 debut with Trident in the season finale at Yas Marina, Abu Dhabi."

"I have no doubt the contact was because Seb gently veered to the left mid-straight. The gloves are off now that both championships are won, but that was all pretty unnecessary."

"I was making sure that my safety car restart was going to be mega,” he explained “I was just listening to the sound of Juri’s (Vips) engine when he was going on power - maybe that’s a secret I shouldn't tell"

"I want to make a long career and there are so few opportunities in F1. More young drivers are looking into Formula E as well as DTM and sports cars."

Has Charles Leclerc done enough to persuade Ferrari to choose him over a four-times world champion?

Leclerc is not going to be intimidated by anyone, Vettel included. This guy gives no quarter, which is what you want if you are Ferrari.

If Leclerc were Hamilton’s team mate, or Verstappen’s, the result would be the same. Vettel was lucky to have Raikkonen next to him for so long, a guy who clearly had no problem with Vettel being the number one driver. Even then, they had their moments.

Ferrari are not going to drop Leclerc, he is their future. The problem hinges on Vettel and how he is going to handle the situation.
The Limit