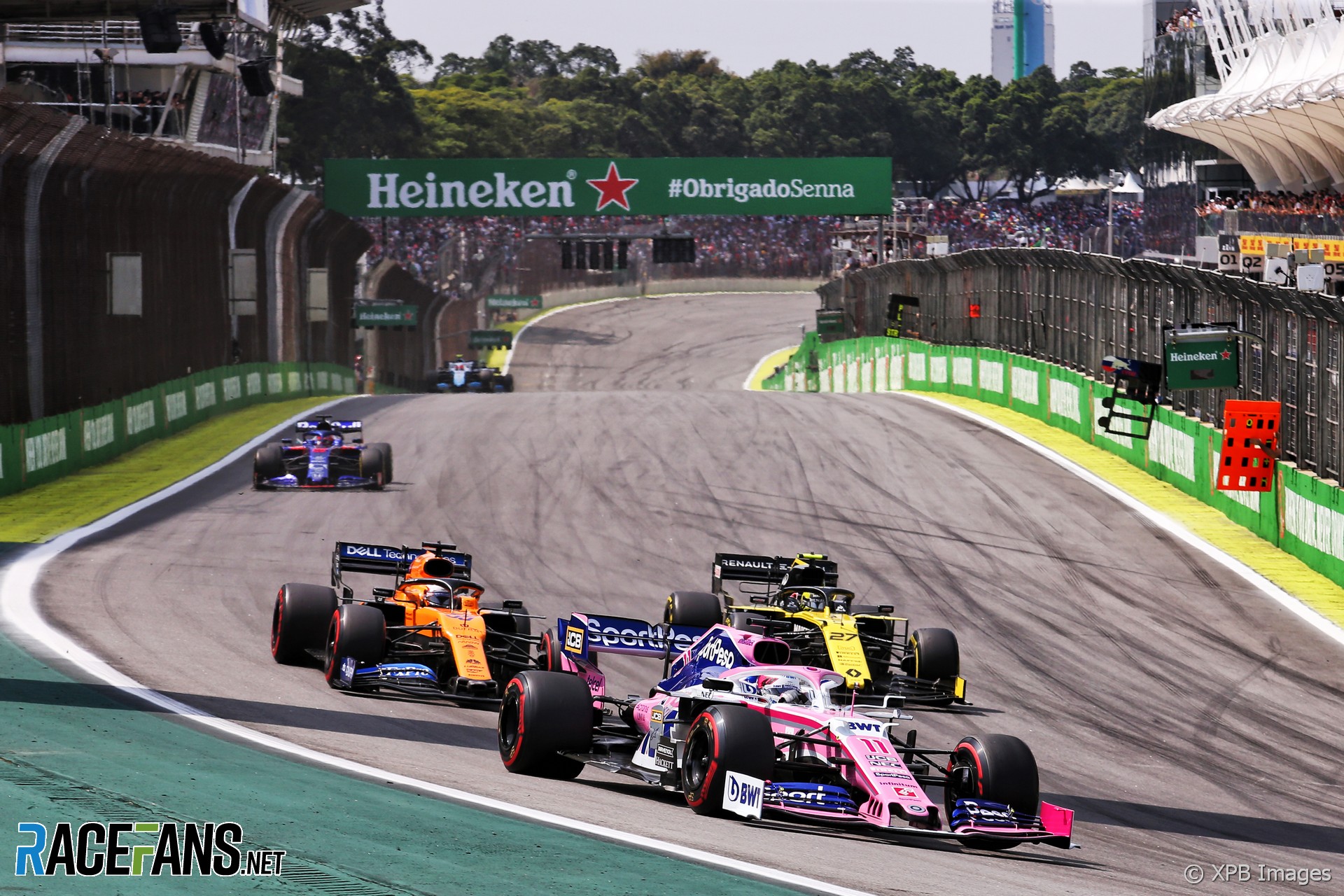 He qualifying 15th and finished ninth but complained of poor straight-line speed in his RP19. Team mate Lance Stroll retired from 14th place after collecting debris from the collision between the two Ferrari drivers.

That incident promoted Perez into the points and he gained another place on the penultimate lap when Alexander Albon was knocked into a spin by Lewis Hamilton.

“We have no speed at all on the straight line,” Perez told his race engineer after crossing the finishing line. The Racing Points were 17th and 18th through the speed trap in the race, almost 20kph slower than Daniil Kvyat, who recorded a peak of 341.2kph.

Afterwards Perez admitted the team had been too slow. “It was a chaotic race,” he said. “We needed to be strong out there.

“We were not good enough. We were lacking so much straight-line speed today. We couldn’t fight, we got overtaken very easily and then we couldn’t push to get past people.

“So [it was] quite a disappointing race. Two points that we don’t really deserve because we didn’t have the pace all weekend.”

9 comments on “We didn’t deserve points in Brazil – Perez”