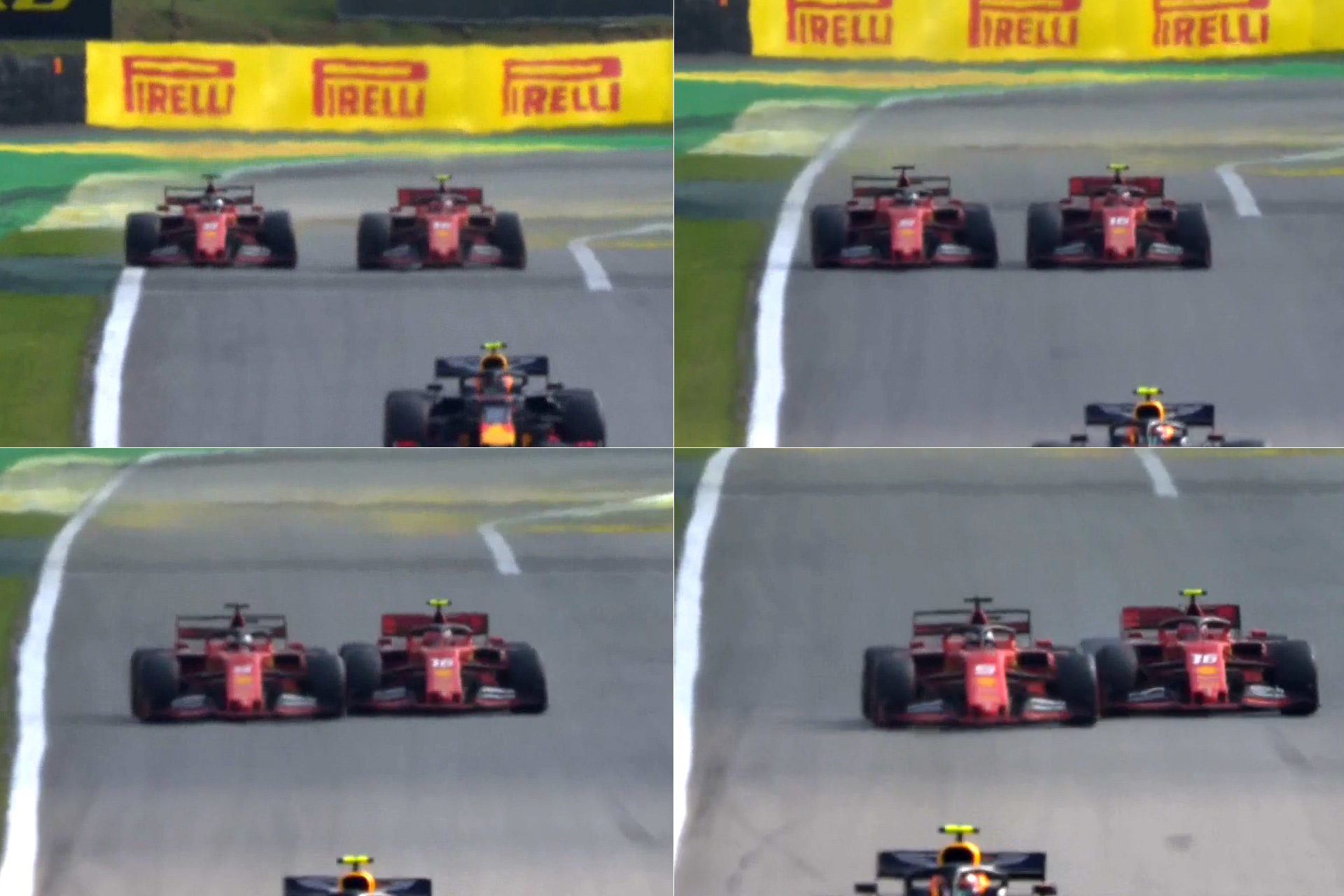 Ferrari team principal Mattia Binotto confirmed he held a discussion with drivers Sebastian Vettel and Charles Leclerc following the collision which put both drivers out of the Brazilian Grand Prix.

However in a video released by the team Binotto did not divulge whether either driver had been held primarily responsible for the crash.

“We [discussed] it the Sunday after the race but we did it as well in the following days,” he said. “We discussed all three together, [and] individually, and I think they understand that what happened was not acceptable and we know how to move forward.”

Binotto insisted the relationship between the pair remains good despite a series of conflicts between them at Monza, Singapore, Sochi and Interlagos.

“There are plenty of funny stories, partly because the truth is they have fun together as they enjoy a good and harmonious relationship, which is maybe quite different to what you might read or think. You could think they are in conflict on track but that is not the case.

“For example I remember that after the controversy in Russia, the three of us were together in a restaurant in Japan, having fun, they even grabbed each other’s phones to see what photos they had on them. It’s always fun and it’s nice that they enjoy each other’s company.”

Vettel will finish the year fifth in the championship while Leclerc could overtake Max Verstappen for third in the standings this weekend. Binotto said “it has been a very good season for both of them.

“A few mistakes, no doubt, but I think that Seb improved all through the season, he has been very fast in the second half, he got quite confident with the car. Charles on the other side has been very fast since the very start and I think he’s got now even a good benchmark with Seb and he’s always pushing him to do even better.”