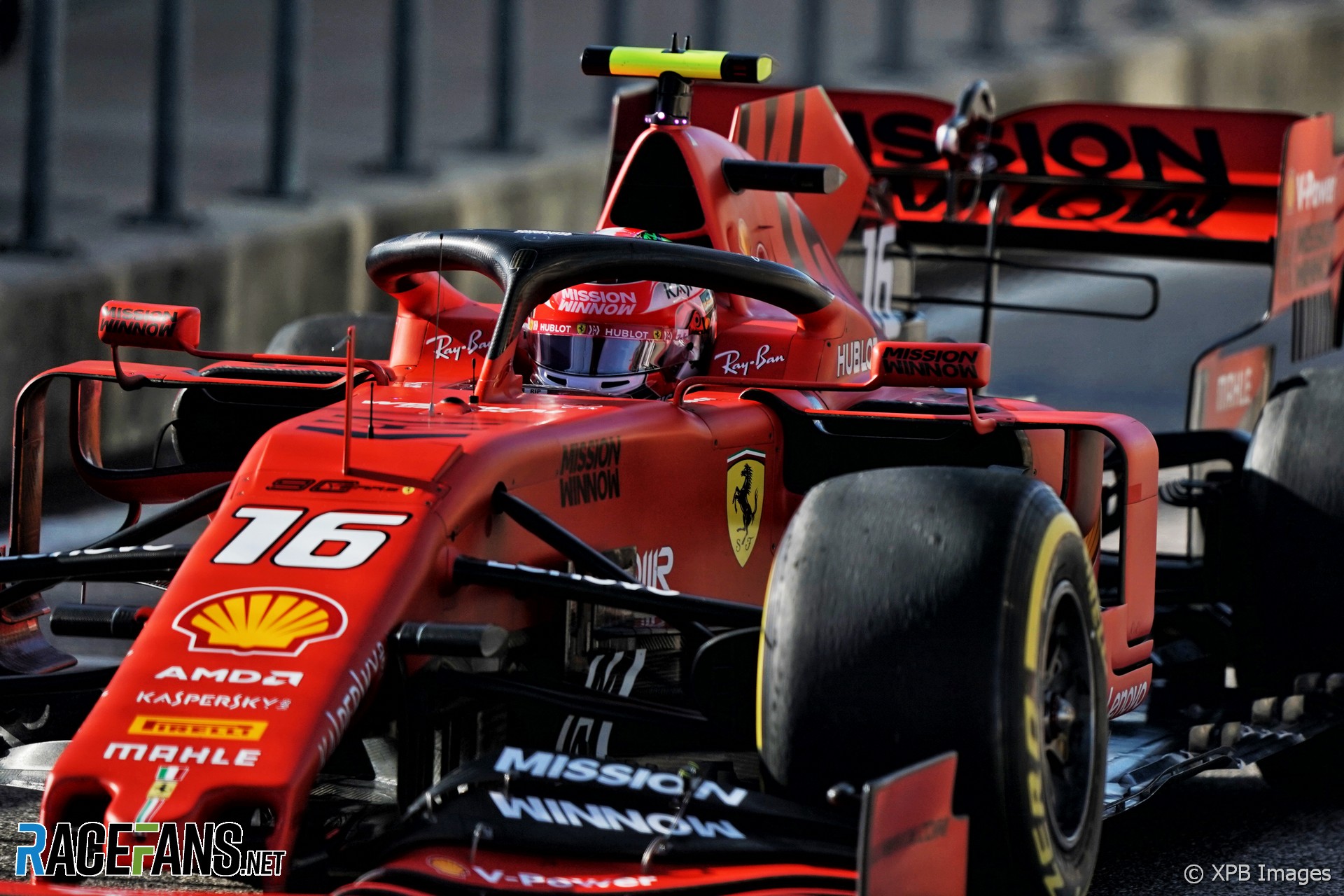 In the round-up: Charles Leclerc believes his new engine will pay off on Yas Marina’s long straights.

[icon2019autocoursempu]Leclerc had a new engine fitted to his car in Brazil. Although it is a fresher engine it is not newer in terms of specification.

I’m pretty sure that then we’ll see the advantages of changing the engine in Abu Dhabi.

[The new engine] will be a plus. Whether it’s in qualifying or in the race I think it’s pretty similar, there will be an advantage overall.

I think there’s more to gain by changing the engine with the older one we’ve seen also in Austin it was not all of it but there was probably a little bit of it inside the results and I’m pretty sure this will will help us to gain more points.

The whole thing ended with a live-via-satellite appearance from twice-champion (as he was then) Michael Schumacher, and a cheeky dig from @HillF1.

But above all James truly understood, appreciated and loved #F1, as this closing monologue showed.

"it's been an incredibly hard year where we had to say goodbye to too many friends. We were hit hard by the passing of Charlie, Niki and Anthoine, as well as important members from our team who we have tragically lost this year. At Mercedes, Niki left a void that we will never be able to replace - as a source of inspiration, as a voice of reason, but most importantly as a great friend. We hope we did you proud, Niki."

Winning Indy is number one on Newgarden's to-do list (IndyCar)

Tatiana Calderon: "We’ve had time to think, analyse and reset, also the future is a little bit uncertain so I don’t know if it’s going to be my last race in Formula 2 so I want to make sure we can do the best possible job, hopefully finish on a high in Abu Dhabi."

"I'm going to be in Abu Dhabi (as the) drivers' steward, but I don't think that's the penalty."

"I remember when the other cars first ran, we looked at them and said, 'That's how our car looked in the wind tunnel about six months ago!'"

We’re more than halfway to confirming its grid for the 2021 F1 season, reckons Lenny:

By my count that means 6 teams are more-or-less confirmed for 2021. McLaren and Williams are confirmed to have Mercedes power, while Williams also have Russell under contract for that season. Ocon is contracted to Renault and Perez to Racing Point, while Red Bull and Toro Rosso are also pretty much confirmed after this news. That leaves on Mercedes and the three Ferrari-powered teams to buy in to the new rules.
Lenny (@Leonardodicappucino)