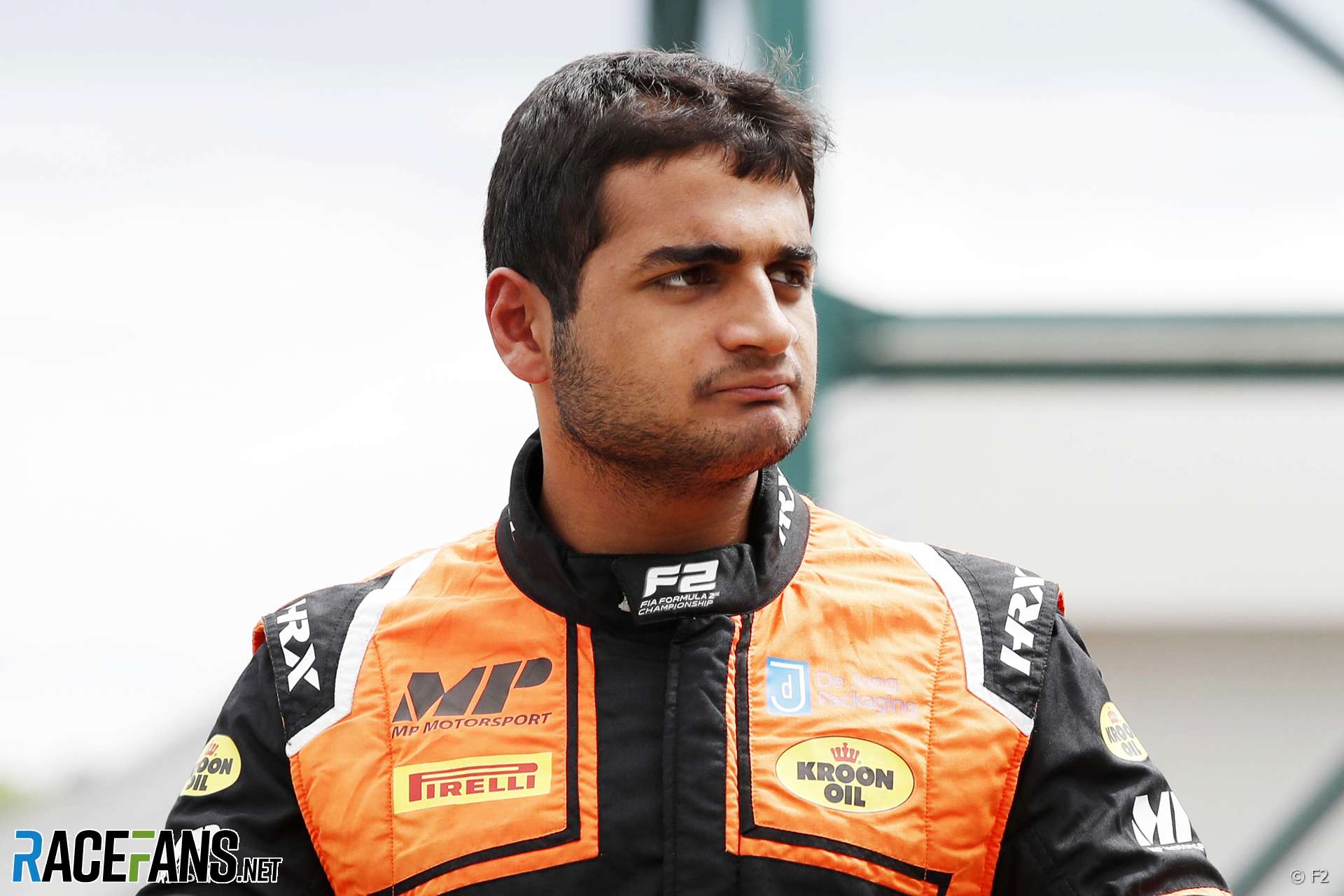 The MP Motorsport driver was given three penalty points on his licence for failing to correctly following the practice start procedure during today’s practice session at Yas Marina.

The stewards issued a stinging criticism of the driver and cast doubt on the evidence he gave at the hearing.

“The driver carried out his practice start with two cars ahead of him on the grid. The driver was advised that this is extremely dangerous behaviour and will not be tolerated by the stewards. The standard of driving should be higher as this is the last event of the season.

“The driver stated that the car in front of his started rolling – this was not the case. After the driver of car 17 passed the first car ahead of him, which was the latest he could have recognised his mistake, he didn’t slow down.”

In addition to his penalty points, Raghunathan has been ordered to start Saturday’s feature race from the pit lane.

Raghunathan has now amassed a total of 24 penalty points on his licence this year. Drivers are given automatic race bans if they reach 12, and Raghunathan has already served one ban this year, in Austria.

Exactly how his latest ban will be applied is unclear. Article 38.3 of the Formula 2 sporting regulations states: “If a driver accrues 12 penalty points he will be suspended for the following event, following which 12 points will be removed.” An F2 event comprises two races. However this weekend is the final event of the current season.

Raghunathan could therefore carry his ban into the first event of the next season he competes in. However the article also states: “Penalty points will remain on a driver’s record until the end of the season after which they will be removed.”