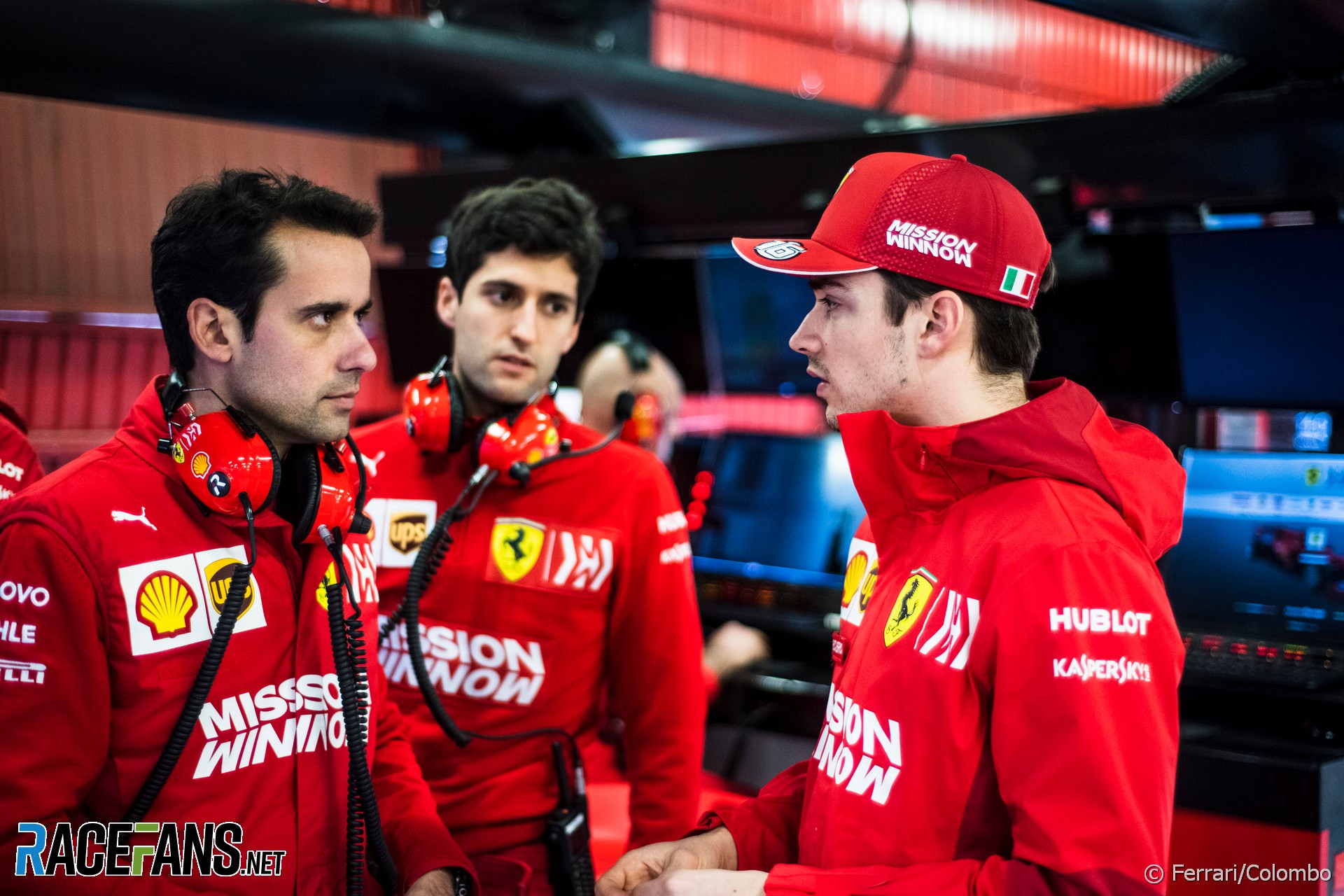 In the round-up: Charles Leclerc admits he took time to become comfortable with the sheer size of Ferrari’s team when he joined them from Sauber at the beginning of the year.

Ferrari employs almost 1,000 staff at its Maranello base, which Leclerc says was difficult to get used to:

It’s been difficult. At the beginning to see so many people working for Ferrari is very intimidating. [It was] difficult for me in only my second year in Formula 1 to be as confident as I would like when you are arriving in a team like this.

But it’s been going good. They welcomed me extremely well and then we’ve been working very well during this season.

Unfortunately I have to share you the news that the marriage between Emilia and myself has come to an end: pic.twitter.com/EyaRI6Fp73

This is @F1's first December grand prix since 1963. @GeorgeRussell63 is already getting in the festive spirit… #F1 #AbuDhabiGP pic.twitter.com/7Jw5zj678g

Walter Koster had a short question for @charles_leclerc in today's press conference… "Charles, before I start my question, I have to remind you of five races. No doubt you have had more good races than bad ones. But if we stick to the less good races with bad luck, mishaps such as Baku where the Ferrari hit the barriers, and the rain, where you lost the lead due to an engine problem in Austria, being catched [sic] by Max, and Monaco your first home race was very disappointing with last place and probably the low point in Hockenheim it was a mistake of the driver and last in Brazil finished after a battle with your team mate Now my question to the pop star of Formula 1? What was your best race among your worse races? Can you give us please a ranking regarding your five not so good races starting with the worst. I'm a polite person, or man, please excuse this question, but I still hope for an answer. Thank you." #F1 #AbuDhabiGP

Team principal Rene Roisin: "Shwartzman will move up to the series after being the class of the Formula 3 field this year. We are sure that his swift approach will enable him to gain great chemistry and results right away. On the other hand, Schumacher mastered a challenging rookie campaign and already scored his maiden win."

Sébastien Philippe: "Marcus’s profile fits perfectly with the philosophy of our company and race team and we are happy he is joining us in Formula 2 because I think that between his race approach and his adaptation skills, he will be able to fight for the front positions."

Andy Roche: "He is a very talented driver and showed the paddock this year just how naturally gifted he is."

"We knew where we still had some challenges coming into this. So I think at the end of the day we shouldn’t overestimate where we stand in performance."

"Celebrations are being planned for the return of the six Scarborough UTC students who took part in the world finals of the F1 in Schools challenge in Abu Dhabi and have scooped two honours."

Ferrari at 90: nine decades of mystique... and muddle (Motorsport magazine)

"(Vettel) has tried doing two people’s jobs – calling strategy from the cockpit – but that method is a close associate of failure, as his team boss Mattia Binotto is proving also. Both very capable, they are being let down by the Scuderia’s structures."

Will 2020 finally be the year Red Bull are title contenders again?

I’d absolutely love the 2020 title fight to be between Hamilton, trying to equal and surpass Michael Schumacher’s records, and Max Verstappen trying to win his first championship.

Mercedes quite clearly stopped developing their car earlier than their competitors so it suggests they might start next season strong, but if Red Bull are within touching distance you can guarantee Verstappen will be there or thereabouts.
XMG (@Sparkyamg)