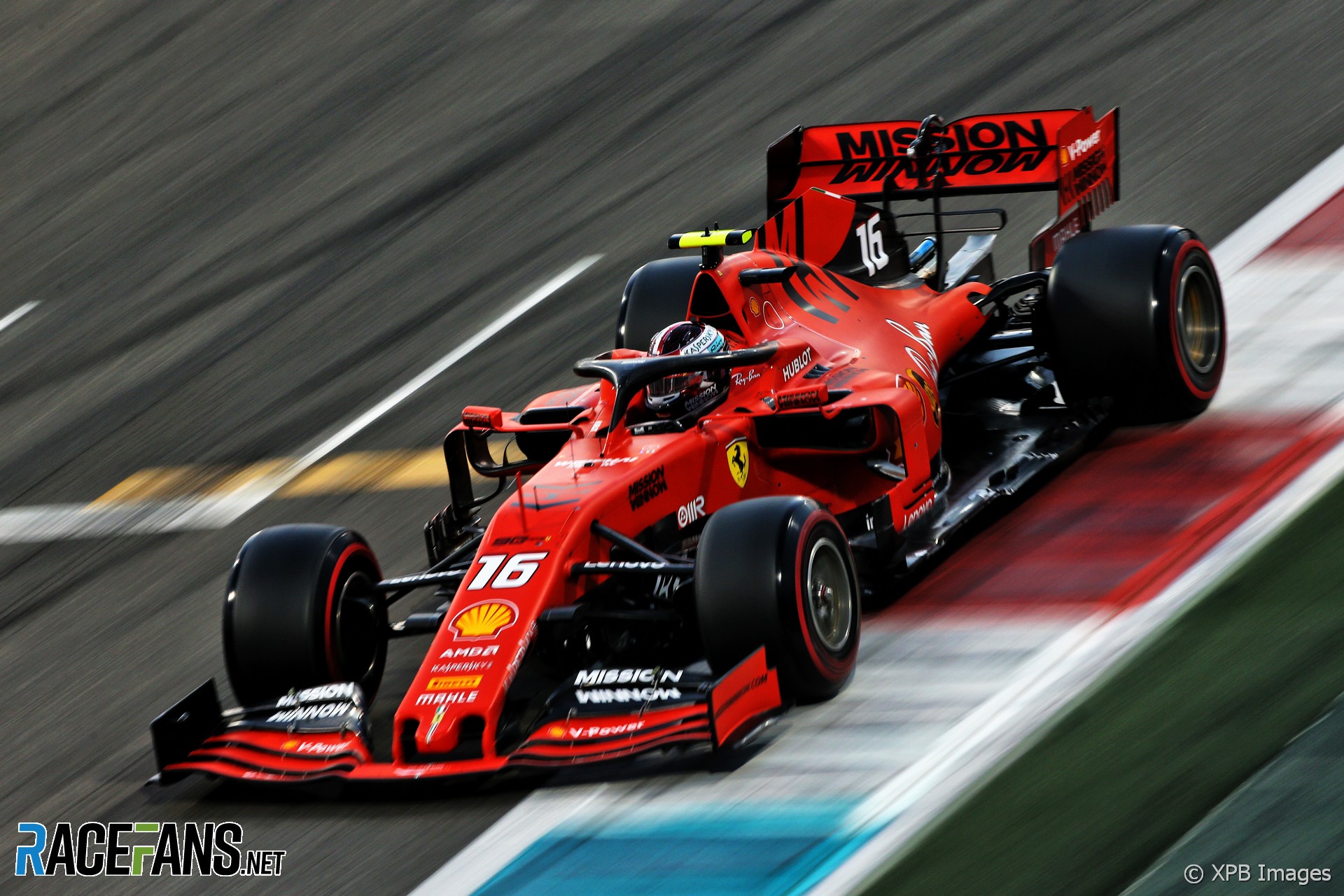 Charles Leclerc failed to start his final lap on time in Q3 after being held up by his team mate. But that delay was caused by a string of other cars slowing down with them.

It began when Carlos Sainz Jnr was overtaken by Lewis Hamilton and Max Verstappen halfway around the lap.

The 10 places in Q3 were taken by the cars from Mercedes, Ferrari, Red Bull, McLaren and Renault. Running the softest tyre available – Pirelli’s C5 – their drivers had to take different approaches over the out-lap to prepare them for a final flying effort.

On top of that, most teams wanted to gain the advantage from being the last to start their flying laps. The trying was cooling and rubbering-up, offering faster lap times with every passing minute.

At Renault, Daniel Ricciardo resisted the temptation to be one of the last drivers on-track and run the risk of “getting caught up in any crap.”

He went out before the final Q3 runs and had the track to himself. “You start the lap with a clear mind, knowing that you’re able to go at your pace, no excuses, no ‘ah, he blocked me’ or ‘my tyres are too cold’.

“I felt like I had been driving well enough a qualifying and all I needed was a clear lap to put it together. I didn’t feel the need to throw any variables in there. For a tenth for something it wasn’t worth the risk I felt.”

Others did take the risk, however. Earlier in the session Alexander Albon complained that he always had to leave the pits first, and therefore missed out on the opportunity to benefit from track evolution and potentially a slipstream from other cars. He was one of the last to run at the end of Q3, and was compromised because of it.

He was held up by the McLaren of Sainz ahead of him backing off. “Everyone was fighting for position,” he said.

[icon2019autocoursempu]”We all have different out-lap paces. I think the McLarens were very slow, for themselves. We just had to wait for the McLaren to go really.

“So we will just waited and waited. I actually started my last run quite close to Carlos. And then of course that meant the Ferraris also lost out.”

The right pace for Sainz was the wrong pace for Albon behind him, whose tyres were cooling. “I basically arrived to turn one with cold tyres,” he said. “I didn’t improve on my second push [lap]. There’s reasons why, especially the tyres, you’ve got to get the sweet spot before turn one.”

However when their out laps began Sainz left the pits well ahead of Albon. He dropped backed because he was overtaken by a series of other cars, including Hamilton and Verstappen, who he says have a track record of such tactics.

Hamilton passed him on the outside of turn 11. Then Verstappen nipped up the inside of the McLaren two corners later. “You can let those guys through no problem,” said his race engineer. “Bottas now the car behind. Make sure we still have a good gap.”

Sainz backed off initially then, out of turn 14, suddenly accelerated hard. It seems he was trying to keep Bottas behind him, but the Mercedes powered around the outside of him at turn 15. “I’m struggling here with traffic,” he said. “You have plenty of time to the flag,” he was told.

But once he’d backed off again to get more space, time was starting to get tight. And not just for Sainz – Albon, Vettel and Leclerc were catching him.

Now he had to back off again. In the meantime he was getting closer to running out of time. Approaching the penultimate corner he was told he had 20 seconds in hand. He continued to coast. As he neared the last corner he was told the margin was just 15 seconds. Now he accelerated. Behind him Albon, Vettel and Leclerc followed – but the latter crossed the start/finish line after the lights had gone red.

“We were two, three tenths quicker the whole qualifying except the last one of Q3 where I got myself involved in a stupid battle with Hamilton and Verstappen in the out-lap,” said Sainz afterwards. “I don’t know why, the last few races they are battling on out-laps like it was the race so I couldn’t warm up my front tyres.”

The stewards did not consider the incident worth investigating, though it is the latest in a series of occasions where drivers have been unable to start their lap times in Q3 because of their rivals’ tactics on the out-laps. The most notorious example was at Monza, where almost no one managed to do a lap at the end of the session. On that occasion the greatest beneficiary was Leclerc; today he was the one who lost out.