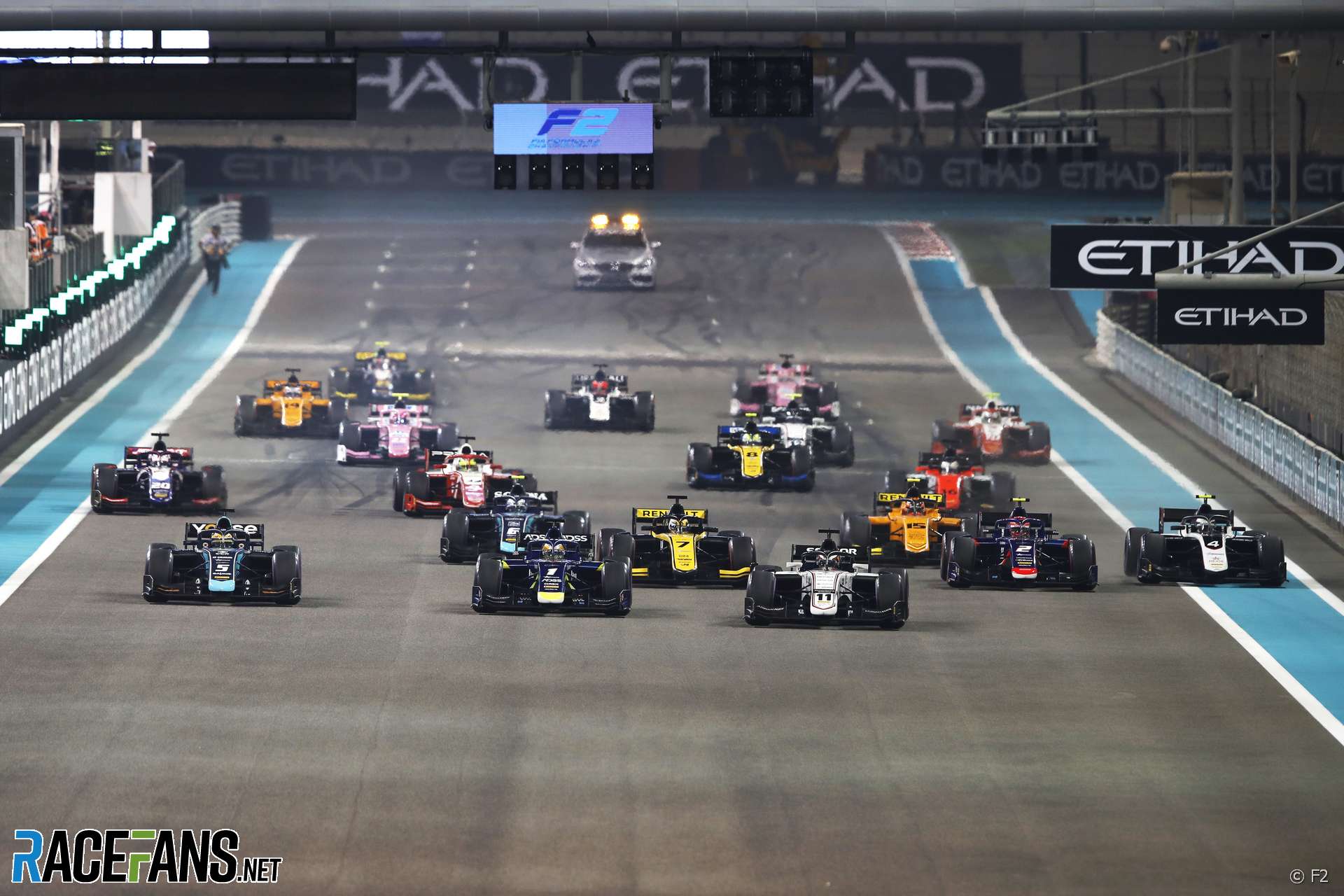 Sergio Sette Camara claimed his first F2 feature race win at his final opportunity this year in Abu Dhabi despite squandering his advantage from pole position.

Nobuharu Matsushita then demoted Sette Camara further. Matsushita put on an early sprint and took the lead from Carlin team mate Deletraz at the start of lap five. As early as lap six Deletraz was on the radio to his team, asking whether he could come in to change tyres as his super-soft were dropping off badly.

Mahaveer Raghunathan, who started the race from the pit lane following his penalty yesterday, came to a stop in the turn 17 run-off on lap 10. The Virtual Safety Car was deployed while the marshals pushed him clear.

That gave Mick Schumacher the chance to attack Aretem Markelov, whose car had been spitting oil as the Prema driver probed his defence. Soon after Markelov’s car performance seemed to significantly worsen and he limped it home to the pits.

By lap 20 Deletraz was back up to fifth, which made him the de facto leader, as the yet-to-pit drivers ahead of him were all within range. By the time the leading cars were close enough to the finish to risk switching to super-softs, Matsushita’s lead over second-placed Zhou had been cut to less than a second.

It looked set to play out to Deletraz’s advantage after Matsushita pitted. But a suddenly resurgence by Sette Camara brought him roaring up the pack. He passed Deletraz and quickly drew clear by nearly two seconds.

Matsushita also passed Deletraz on the penultimate lap but was no threat for Sette Camara’s lead. The Carlins followed five seconds behind.

Sette Camara’s win moves him up to second in the championship behind they already-crowned Nyck de Vries. But with Sette Camara, Nicholas Latifi and Luca Ghiotto covered by just six points, any of the three could grab the runner-up spot in tomorrow’s sprint race.