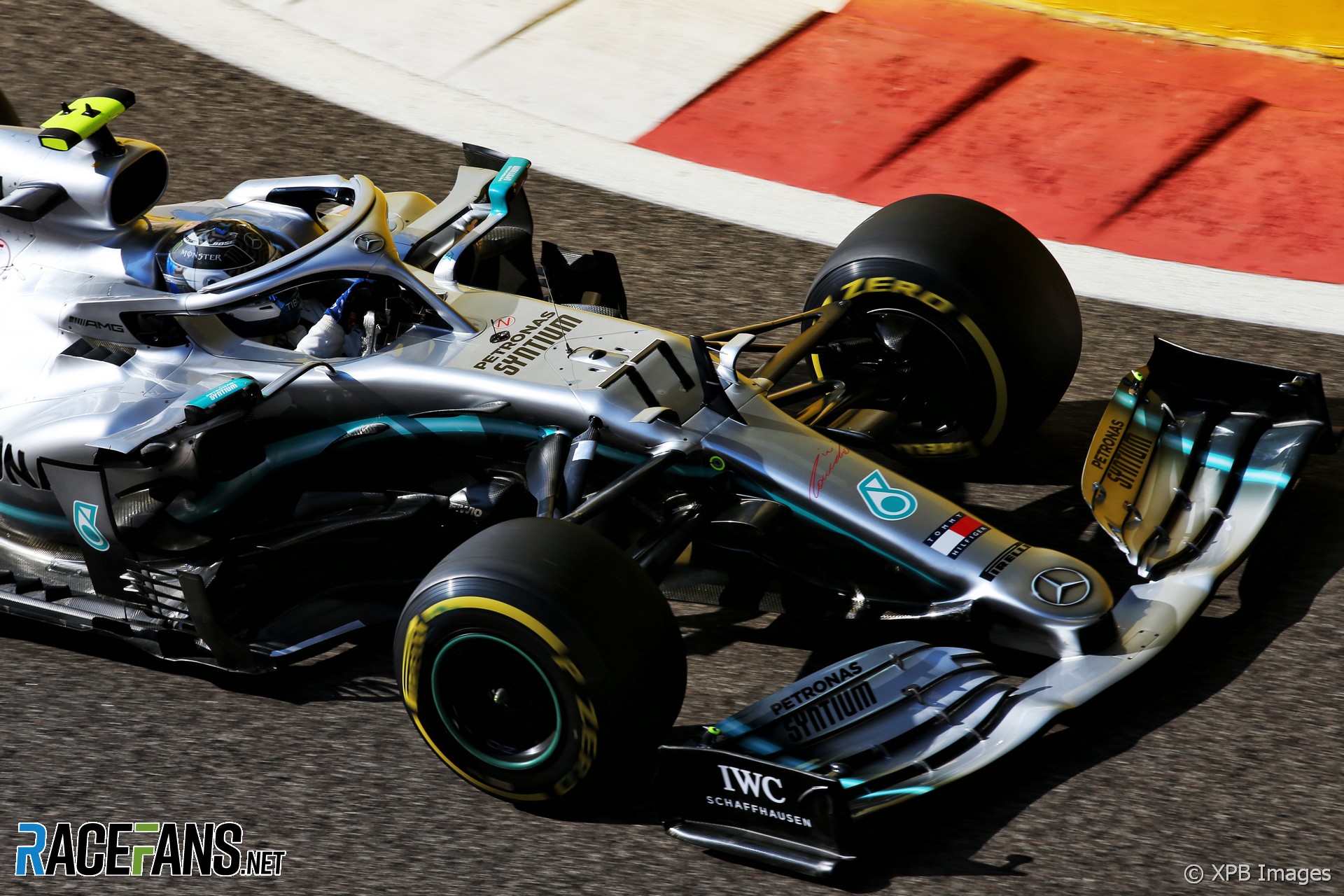 Toto Wolff justified Mercedes’ decision to have Valtteri Bottas set a time during Q2, which means he will have to start the race on old tyres instead of new rubber.

Bottas will start from the back of the grid after taking an engine penalty due to a failure in Brazil two weeks ago. The fact he set a time in Q2 means he will have to start the race on used tyres.

Wolff said the team “wanted to have [that], and it’s important also to give him the opportunity to put in his lap. Important for the head, and also for us in terms of benchmarking him. That was the reason.”

Bottas advanced to Q3 and fell shy of beating team mate, Lewis Hamilton, by two tenths of a second despite his fresher engine.

“The last lap was OK,” said Bottas. “I still felt like Lewis was a little bit too quick and I think we were slightly different with set-up as well by the end of the qualifying.

“Honestly I felt a bit more comfortable yesterday with the car overall. But obviously for me, everything I was trying to keep in my mind was for the race.”

He said his strategy was based around putting himself in the best position for the race.

“We’ve had many ideas for the strategy and obviously it’s going to be a challenge coming up from there. But I do look forward to it. I’m sure it can be fun trying to come up.”

Prior to the race weekend Bottas announced he was splitting from his wife Emilia. Today he revealed he is also recovering from an illness.

“I’m feeling better already than a couple of days ago,” said Bopttas. “I’ve been quite ill this week since I think Monday night [and] when I travelled here it got worse. But in the car, it doesn’t matter the adrenaline kicks in and you feel normal.”