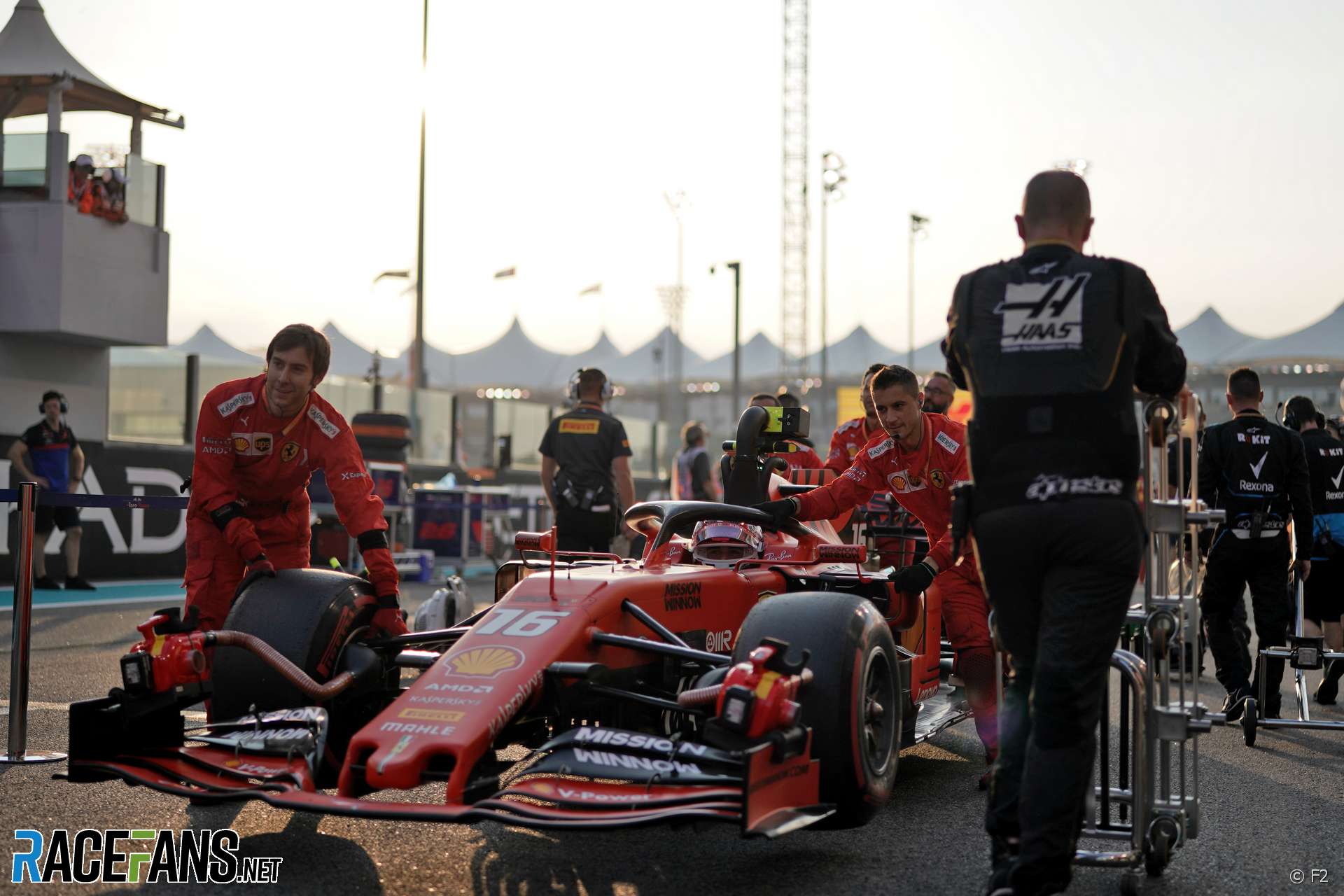 Ferrari team principal Mattia Binotto has said the extra fuel found in Charles Leclerc’s car before the start of the Abu Dhabi Grand Prix was due to a ‘measurement discrepancy’.

A random check of the car’s fuel weight before the race found Leclerc’s car contained almost five kilograms more fuel than Ferrari had declared. The team was fined €50,000 for the infringement, but Leclerc was allowed to keep his podium finish.

Speaking before the verdict was announced, Binotto said: “I don’t think there is very much to explain. There has been a discrepancy between measurements. We are simply waiting for a decision and we don’t know much.”

“We believe that our measurements are all correct,” he added. “So there is one measurement which is not correct.”

The FIA introduced random checks of car’s pre-race fuel weight at the beginning of the season to ensure they comply with the maximum limit of 110kg of fuel per race. Teams have to declare how much fuel they have put in their cars. When Leclerc’s car was checked in Abu Dhabi, it was found to contain almost 4.88kg more than the declaration.

Binotto said his team’s cars have had their fuel weights checked on many previous occasions with no problems. “I think this year we have been checked at least 10 times,” he said. “It’s not the first time, we’ve always been OK and today we got a discrepancy.”

35 comments on “Ferrari: Leclerc’s extra 5kg of fuel was due to a ‘measurement discrepancy’”