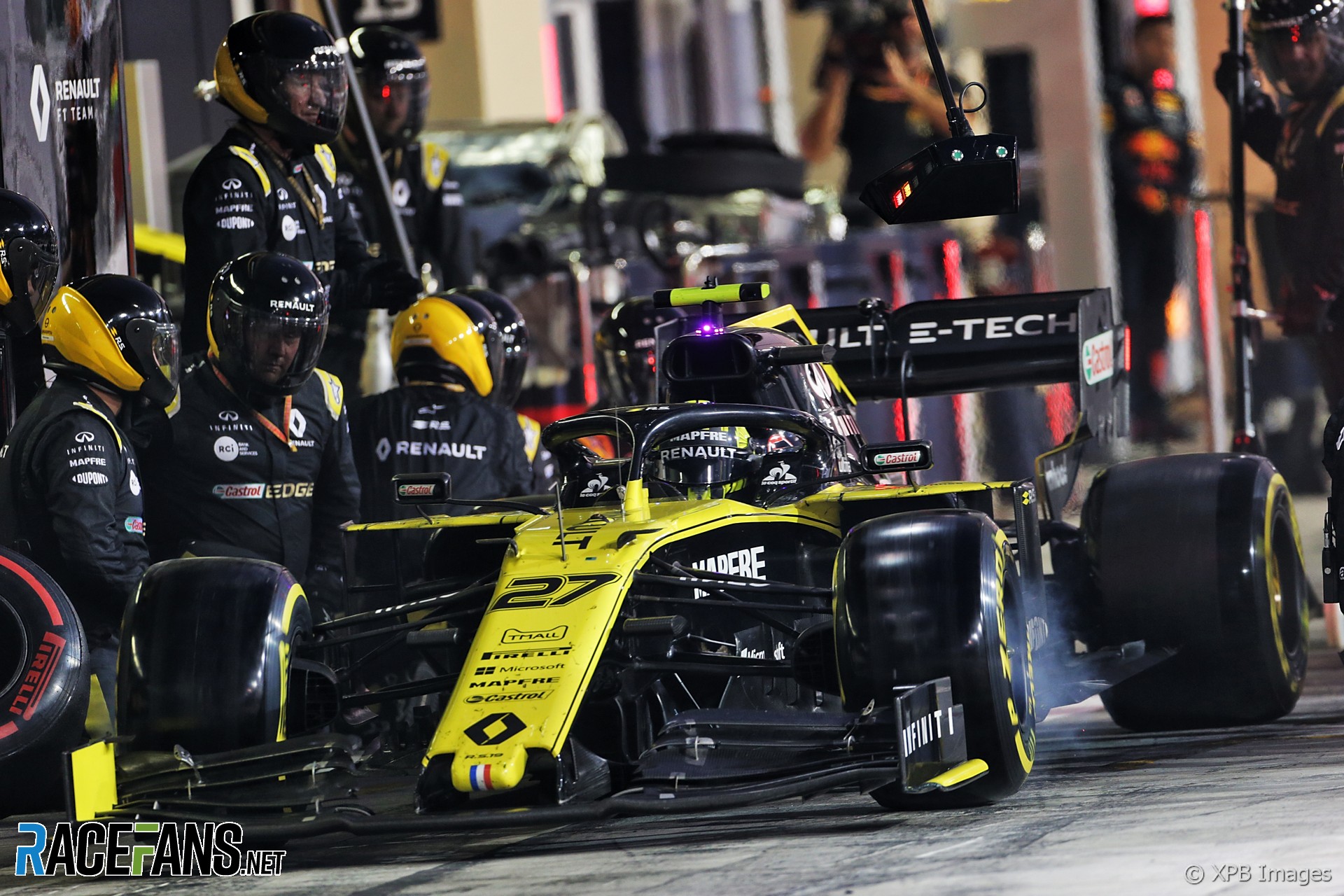 Nico Hulkenberg said he could have had a good result in his final F1 race had he not been overtaken by Valtteri Bottas at an opportune moment.

The Renault driver tried to jump ahead of Lando Norris by running a long first stint and almost had enough of a gap when he was caught by the Mercedes. The time he lost while being overtaken by Bottas cost him enough of his lead over Norris that Hulkenberg came out behind the McLaren when he pitted.

“It could have been really good actually,” reflected Hulkenberg, who does not have a seat on the grid for the 2020 F1 season.

“If it hadn’t been for Bottas who kind of overtook me too early, that made me lose two seconds. That’s where the two seconds that I missed to get ahead of Lando after my stop [went].”

Hulkenberg had to follow behind Norris which cost him more time. “If I would have had that position and clean air, I could have pulled off a great strategy there on soft [and] medium. Going long on the soft would have really paid off. But unfortunately that wasn’t possible.

“Then I was 40 laps in his dirty air and that just eats tyres. The pace was very high.”

He came under pressure from Carlos Sainz Jnr and Daniel Ricciardo who both overtook him on the final lap.

“Carlos and Daniel were pushing on from behind so there was no time to rest and save tyres so it was quite intense. And at the end we just paid the price. The tyres degraded. And at the end unfortunate I couldn’t hang on to that P10.”

Sainz passed Hulkenberg on the inside at turn 11. “I tried to come back on him but I cut [turn] 13 quite aggressively and I almost spun because I hit that kerb very hard and I almost lost the car. And that’s where Daniel slipped through.”

“Had it not been for Bottas, had he started without the back of the grid [penalty], I would have probably got ahead of Lando and I would be here now with six points. But that’s just racing, that’s life.”