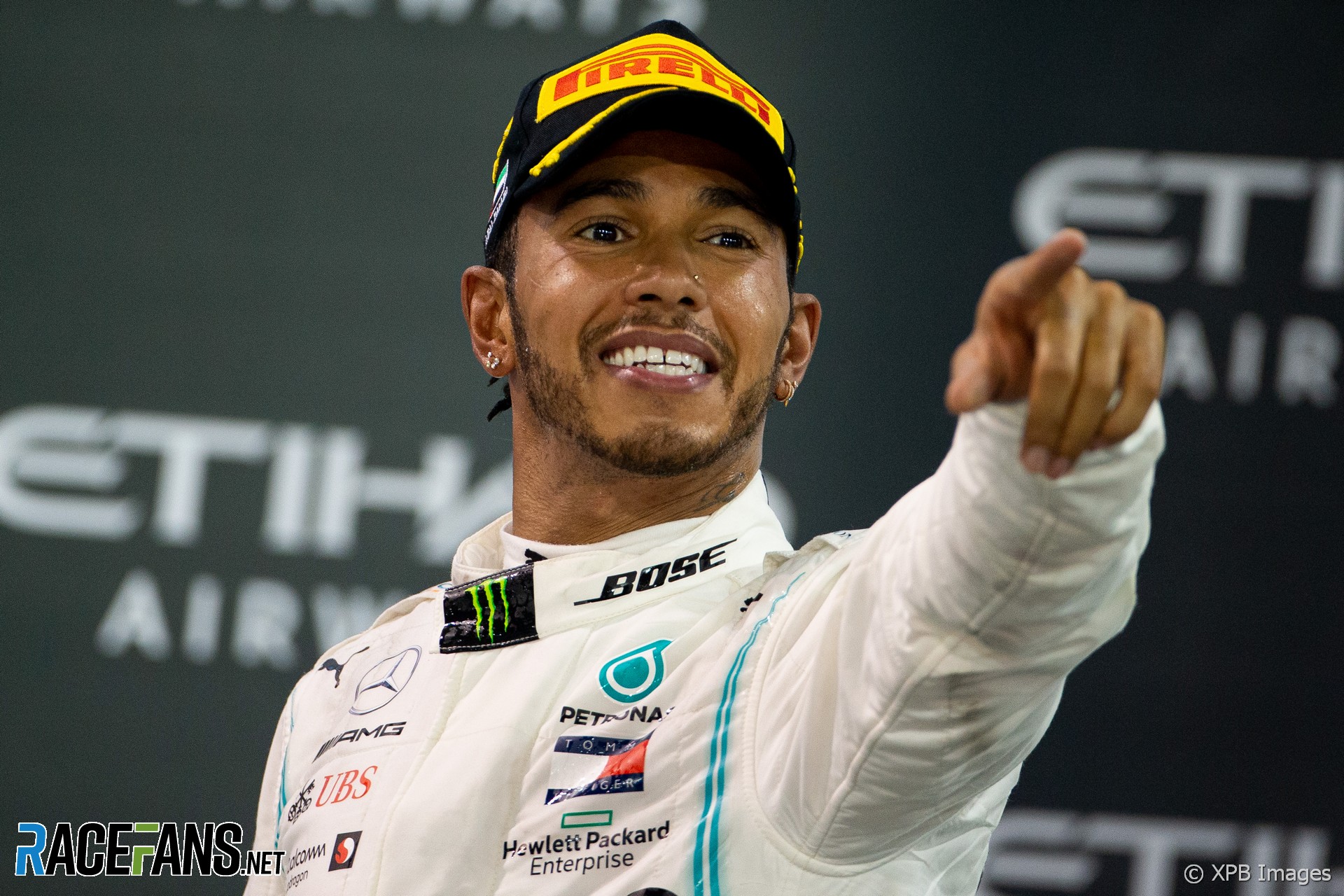 Lewis Hamilton dominated the Abu Dhabi Grand Prix and signed off the 2019 season with his 11th win of the year.

The world champion was never headed over 55 laps at Yas Marina, and finished 17 seconds clear of Max Verstappen.

The Red Bull driver started alongside the Mercedes but lost the place to Charles Leclerc at the start. He got backed ahead of Leclerc by running a much longer first stint than the Ferrari driver.

Leclerc made a second pit stop for a set of soft tyres late in the race but came under pressure from Valtteri Bottas, who closed him down over the final laps. But the Mercedes driver, who started last, ran out of time to catch the Ferrari.

However Leclerc’s podium finish remains provisional. The Ferrari driver is under investigation after his car failed a random pre-race fuel weight check. Ferrari’s declared fuel weight was found to be “significantly different” when the fuel was drained and weighed. The stewards will decide Leclerc’s fate.

Sebastian Vettel, who also pitted twice, passed Alexander Albon on the penultimate lap for fifth place. Behind him Sergio Perez passed Lando Norris for seventh place on the final lap.

Carlos Sainz Jnr, who earlier in the race had asked to be waved past his team mate, took the final point for 10th behind Daniil Kvyat. His last-lap pass on Nico Hulkenberg earned him a point which means he will end the season sixth in the championship.

That meant neither Renault driver scored as Hulkenberg, in his last F1 race for the foreseeable future, fell to 12th behind Daniel Ricciardo. Robert Kubica, who is also bowing out of F1 for the time being at least, was the last runner home in 19th. Lance Stroll was the race’s only retirement.