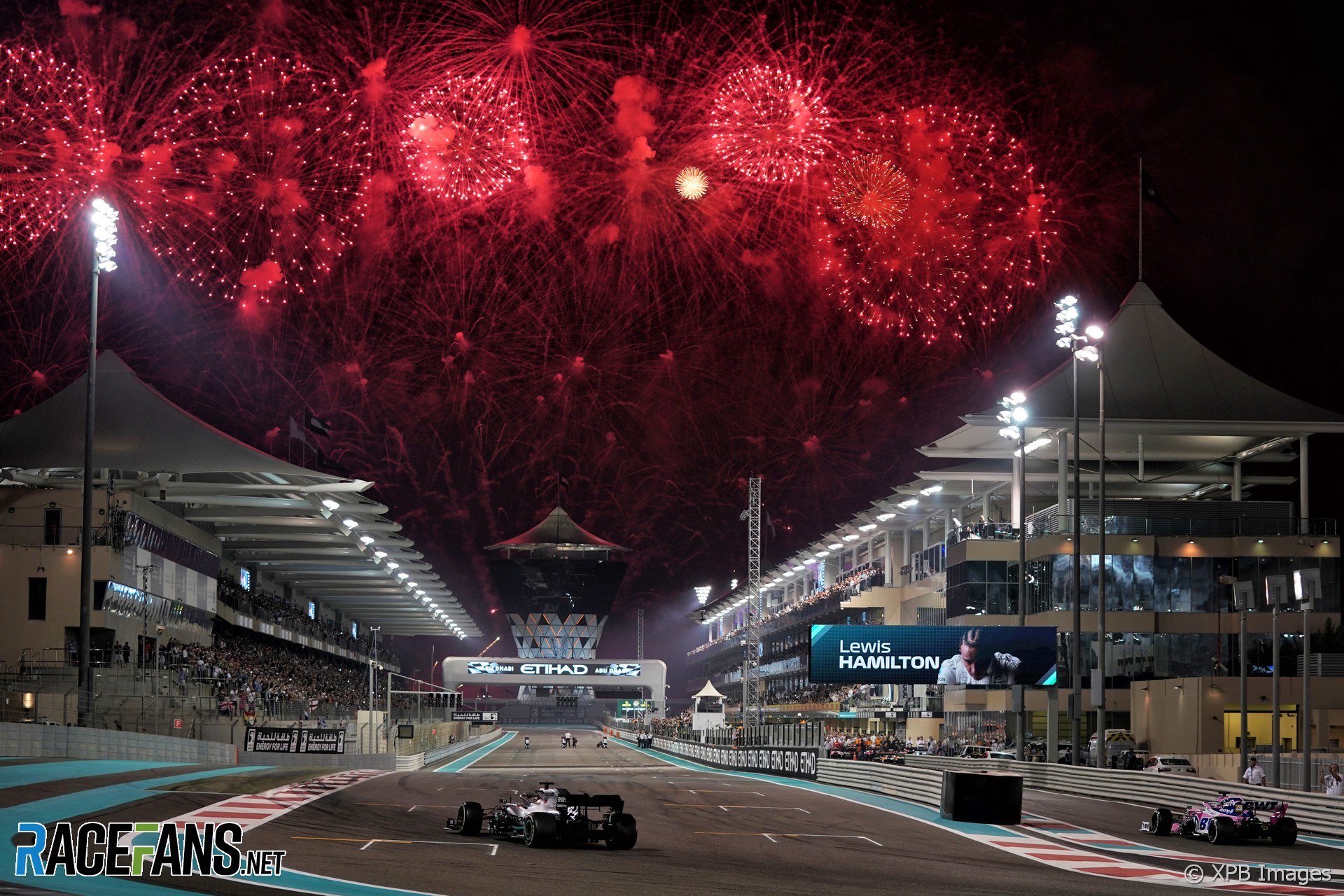 Lewis Hamilton didn’t expect to dominate the Abu Dhabi Grand Prix as emphatically as he did.

The Mercedes driver led from start to finish and was leading Max Verstappen by almost 19 seconds when he backed off at the end of the race.

“I definitely wasn’t expecting to have the pace advantage to that extent,” said Hamilton.

“Our long-run pace was quite good and I was told that we might be a tenth or two ahead. But then in the race we had a bit more of an advantage in that respect.

“Once I got out in the clear I was able to manage my pace pretty well in that first stint and manage the tyres. I just had to go as long, basically, as Max was going. Then we got onto that next set of tyres and for this track the tyre was good.”

Hamilton said it was important for the team to sustain the pressure on their rivals after clinching both titles earlier in the season.

“After winning the constructors’ and the drivers’ championship I think it was really important for us as a team to continue to push,” he said.

“We hadn’t got absolutely everything from the overall perfect package. So we were just trying to push the limits and push the boundaries and yeah, I think this is the perfect way to end the season, on the right foot.”