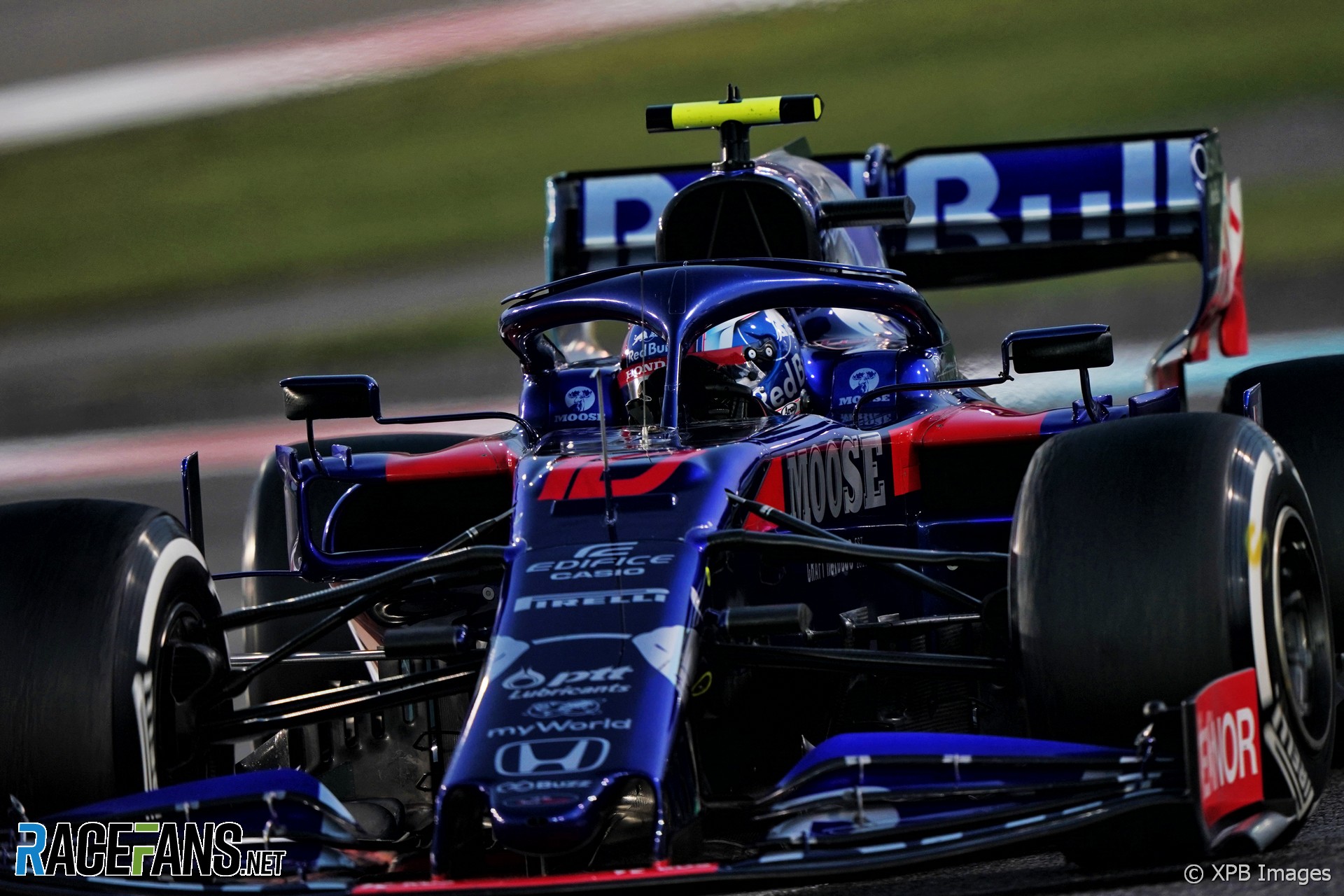 The team equalled its best-ever finish of sixth position in the constructors’ championship, which it previously achieved in 2008, and ended the year just six points behind fifth-placed Renault.

Tost said the team could have done even better has Pierre Gasly not been hit by Lance Stroll on the first lap of the race.

“Coming to the last race of the year, we were 16 points ahead of Racing Point and eight points behind Renault. Following a fantastic start, Pierre was beside a Racing Point when Stroll crashed into him, pushing him into [Sergio] Perez and damaging his front wing.

“Therefore, we had to call him in to change the nose, an operation which took unfortunately a lot of time because of the damaged screws. The pace during the race was really fantastic and I think Pierre could have possibly finished in seventh or eighth position without the accident.”

While Gasly finished a distant 18th, Daniil Kvyat picked up points for ninth. But with the Renault drivers failing to score, Toro Rosso missed a chance to beat them in the championship.

“Daniil drove one of his strongest races of this year with us,” said Tost. “He was very fast on the base [hard] tyre and showed extremely competitive pace.

“We called him in on lap 40 to change to primes [mediums] and he was again very fast on that compound. Unfortunately, when he overtook [Nico] Hulkenberg, his front wing got damaged and that’s the reason why he lost some performance in the last laps.”

Despite missing out in fifth in the championship, Tost was pleased with the team’s performance over the year.

“This was the most successful season for Toro Rosso with two podium finishes, Daniil in Hockenheim and Pierre in Sao Paolo,” he said. “We finished in sixth position in the constructors’ championship, only a few points behind fifth.

“I want to thank Daniil and Pierre for their commitment and mature performances as well as everybody in the team for their fantastic work during the year. [It was] a massive effort from everybody in Faenza but also in Bicester, because the upgrades we got from the aero department worked very well.

“In addition, Honda’s developments along the year were impressive and all these factors together made it possible for us to be competitive until the end of the season. I want to say a big thank you to Honda, because they did an unbelievable job last winter to get ready for the season.”

Toro Rosso first competed in 2006 when Red Bull purchased Minardi to turn it into its junior team. It will be rebranded as Alpha Tauri in time for the 2020 F1 season.