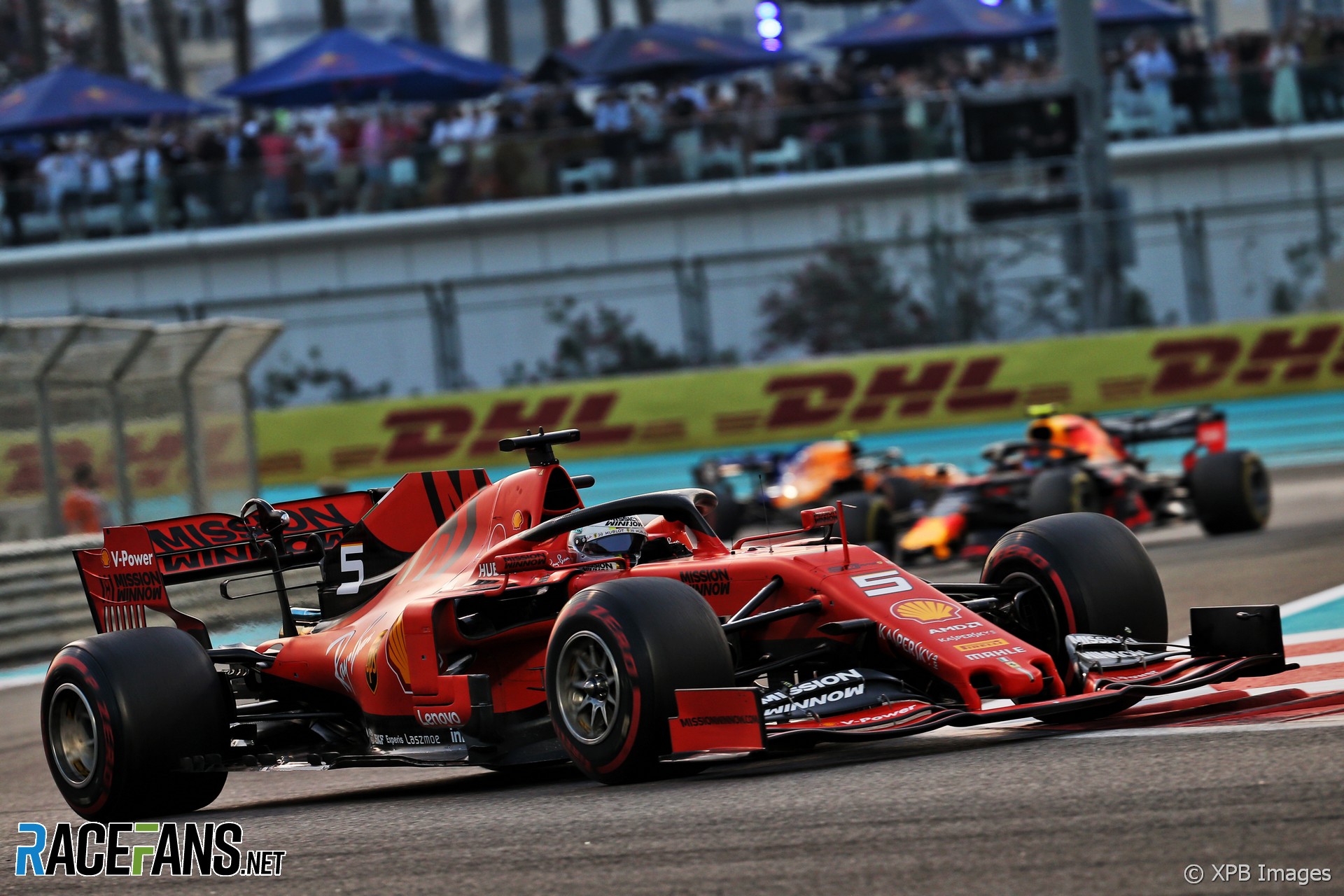 Sebastian Vettel admitted he needs to perform better after a difficult 2019, but says his season wasn’t as bad as it seemed.

After a strong showing in pre-season testing Ferrari finished a distant second to Mercedes in the constructors’ championship. Vettel and team mate Charles Leclerc took three wins between them, but both finished behind Red Bull’s Max Verstappen in the drivers’ championship.

“We didn’t have the year that we were hoping for, full stop.” said Vettel after finishing the final race of the year in fifth.

Vettel finished behind his team mate in the driver’s championship for the first time since 2014, when Daniel Ricciardo beat him at Red Bull.

The Ferrari driver acknowledged he also needs to perform better next year. “As an individual I think I must do better, I can do better,” said Vettel. “It wasn’t a great year from my side.

“I don’t think it was as bad as it looks because there were many small things probably leading to maybe not a great picture at the end. But still, I’m the first one to look at myself and if I’m honest I know that I can do better.

“That’s, for sure, the target for next year, to do a step forward. And hopefully we get a stronger package as well to be able to fight with Mercedes and Red Bull in the front.”