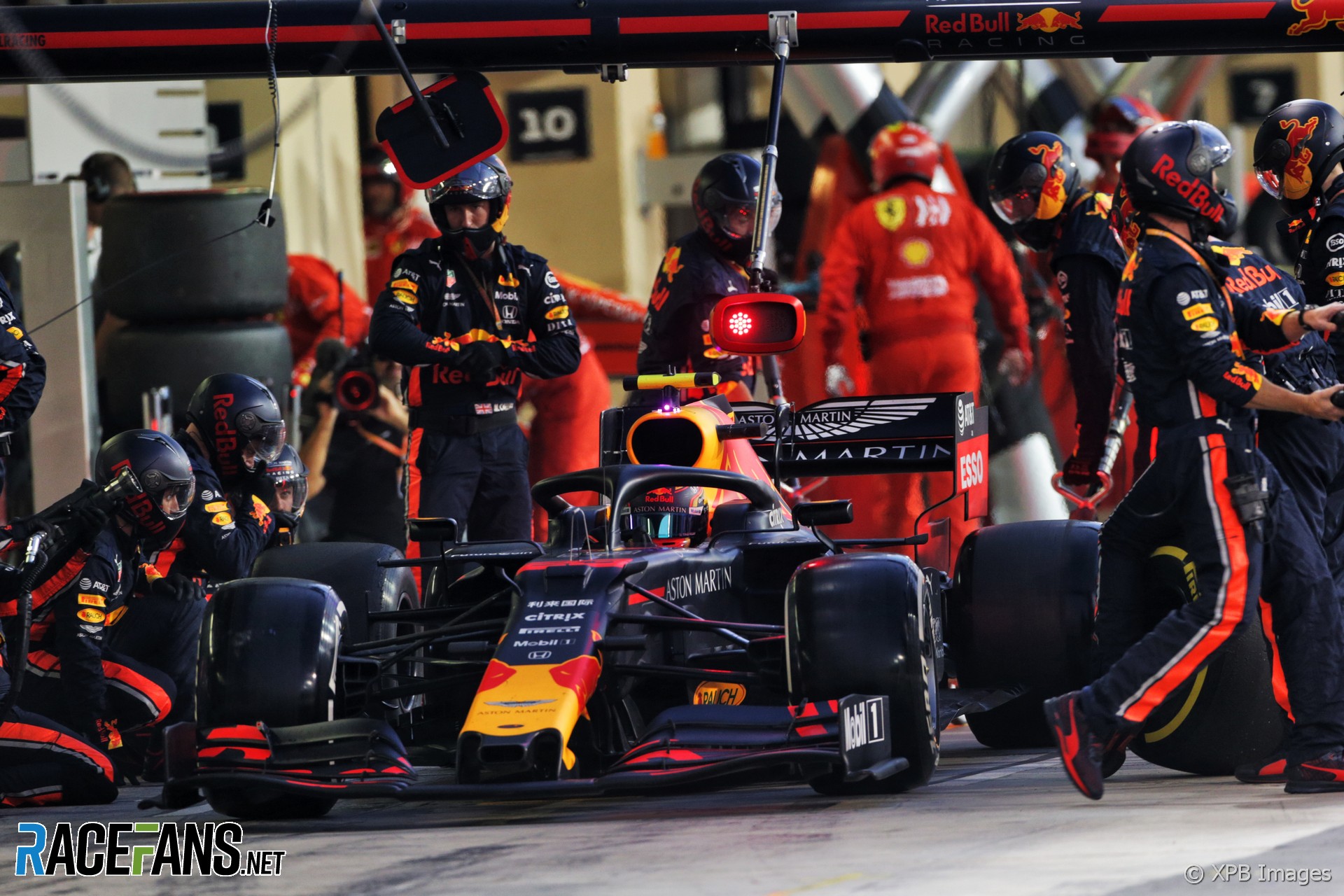 Ferrari brought both their drivers into the pits on lap 12. However Sebastian Vettel made a slow stop, and Red Bull tried to take advantage of it by bringing Albon in on the next lap.

“We tried to get Seb on the ‘overcut’ and we didn’t,” said Albon. Vettel’s slow pit stop dropped him into a queue of other cars. “I think he got past the cars quicker than we expected,” Albon added. “So we pretty much compromised the rest of the race trying to get Seb.”

Albon started the race on medium compound tyres and said they were still in good condition when he made his early stop. “The tyres were very good before I did the stop so it almost like a waste of tyres.”

Vettel still had to make a second pit stop, which dropped him behind Albon again, but the Ferrari passed the Red Bull on the penultimate lap.

“Seb pitted in front, I think he was struggling on that middle stint and then came back at me at the end. So it was a bit frustrating, to be honest, I think we had better pace than that.”

Albon hopes to use the upcoming test to understand where he was losing time to team mate Max Verstappen at Yas Marina.

“We’ve got some testing to do on Wednesday for me, so we’ll work on that and see if we can get a better idea going into next year.”

Red Bull team principal Christian Horner praised Albon’s pace and admitted the team’s strategy had backfired. “Alex was in the thick of it and his pace with Sebastian was right there today,” he said.

“We tried to take advantage of Ferrari’s pit stop mishap by covering them off and it was very close but we just missed out.”