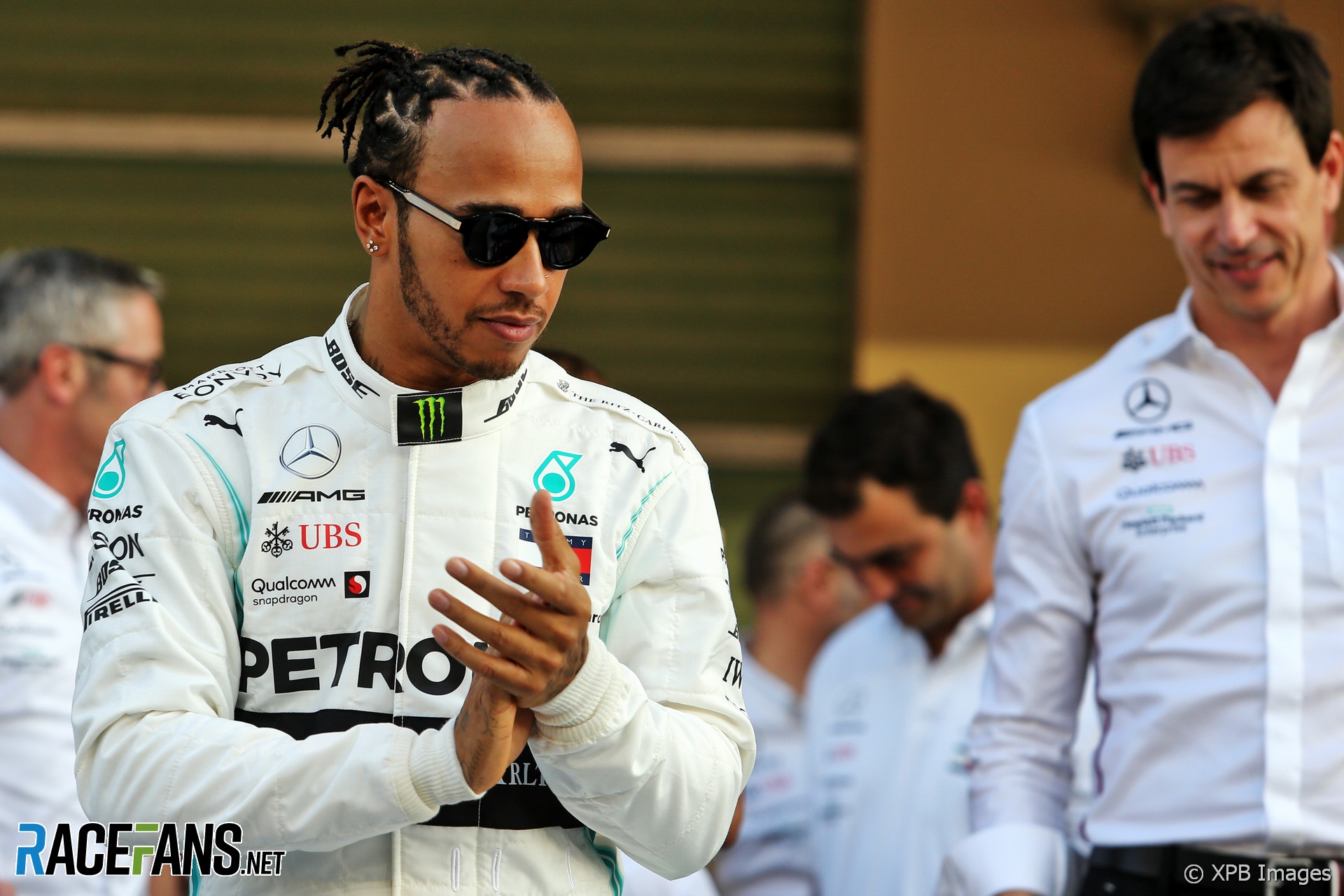 Mercedes team principal Toto Wolff says there is a “75 percent” chance Lewis Hamilton will stay at the team beyond 2020, amid rumors the six-times champion could be lured away by Ferrari.

Speculation over Hamilton’s future intensified last weekend after Ferrari team principal Mattia Binotto said he was “happy” to know Hamilton was potentially available to join another team in the 2021 F1 season.

However Wolff believes the chance Hamilton will stay with his current team is high. “I would rate it personally – and I’m leaning myself out of the window here – I would rate it at 75 percent,” he said.

“I give you [that] number because I think from the rational, everything speaks for continuation of the relationship, from both sides. But equally, there is a 25 percent chance that we are not in control of. So we’ll see how the next months pan out.”

Wolff said he and Hamilton have “talked very openly about Ferrari and what the brand represents” and expects Mercedes will remain an attractive option for him.

“For me, as long as we are able to produce a quick car and powerful engine, we will always have the opportunity to decide who drives the car. And I think that will no doubt be Lewis’ priority to try to make it work with the team.

[icon2019autocoursempu]”I will try to make it work with Lewis, but the most important thing is that we have a good car. [Then] we are able to decide for ourselves.”

Mercedes’ experience of unexpectedly losing Nico Rosberg after he won the world championship in 2016 shows “change is something that can also provide opportunity”, Wolff added.

“I know that sounds like a little bit like philosophical guru talk. But when Nico decided to quit my initial reaction was actually the opportunity provided to us.

“I think that the choice with Valtteri [Bottas] proved to be the right choice for the team. So I still very much hope that our relationship continues. But I’m not entirely in control of that so if one important member breaks out that certainly provides risk and opportunity at the same time.”

43 comments on “Hamilton ‘75% likely’ to stay at Mercedes, says Wolff”