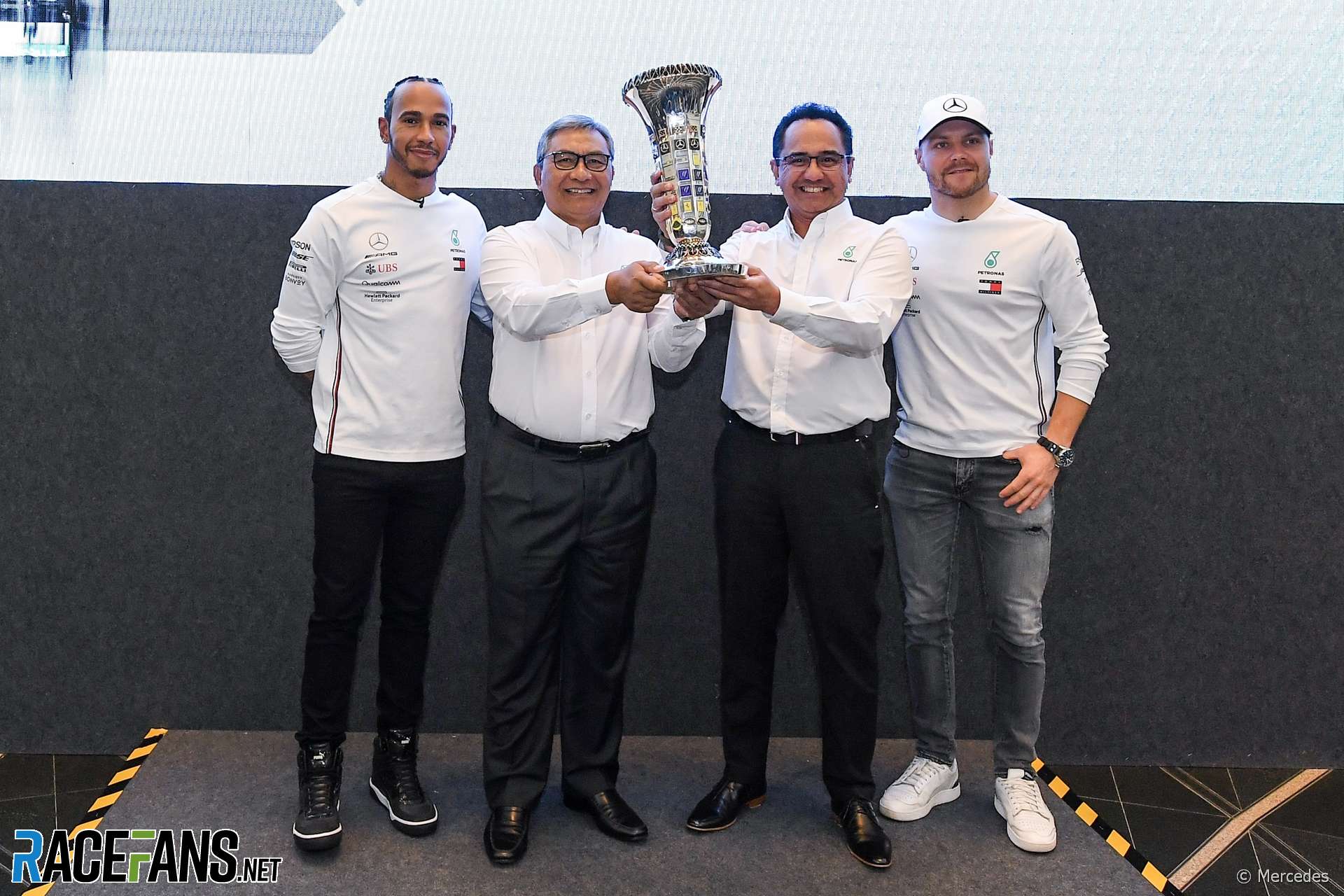 In the round-up: Valtteri Bottas says he’s competing in a rally event in France this weekend to enjoy racing without the pressure of F1.

Bottas headed to Paul Ricard, where the rally is being held, after celebrating Mercedes’ latest successful season with team mate Lewis Hamilton and sponsors Petronas.

I wanted to get comfortable with the car. I’m going to be doing the rally. So it’s the old-spec WRC.

Our season is finished on Sunday evening so I thought it would be nice to have some fun, race without any pressure.

I enjoy rallying, I find it lots of fun. And it’s on Tarmac as well and part of it’s on the track so it could be pretty suitable for me. And I see it as a rally as also with quite low-risk in terms of the safety and everything.

So it seems like a nice event. So should be good fun and a good way to start the holidays.

Lost two of his virginity’s this year. F1 win and Vegas. Helmet swap so necessary.

Deletraz fastest on day one of post-season testing (F2)

"Louis Delétraz set the fastest time of the first day of post-season testing in Abu Dhabi, posting 1:50.543 with less than a minute of the afternoon session to go. The Swiss racer finished ahead of ART Grand Prix duo Marcus Armstrong and Christian Lundgaard, who made the jump up from Formula 3."

The part-time farmer waiting on an IndyCar chance (Formula Scout)

"In my first year in Indy Lights, I was champion until the last lap – but the guys from Carlin took my title away, which wasn’t fair. But it is what it is and that’s how it goes."

I think this was a great season for Bottas. Assuming the two nearly victories last season, his average was two/season. This year he took four. Two-times better is a massive improvement.

I only attribute about one of those victories to an improvement in Mercedes form. Maybe even that is too many.
Bottas seems to have taken at least one from Hamilton.

The pole tally is worrying for Hamilton. I’m skeptical Bottas got much faster. Has time caught up with the best qualifier in F1?

It was an amazing season for Hamilton. It seems like he has been battling from second all season. I don’t remember another driver fighting so hard for victories all season, yet making few mistakes. Although Hamilton did make two mistakes this year, they didn’t hurt much.
RP