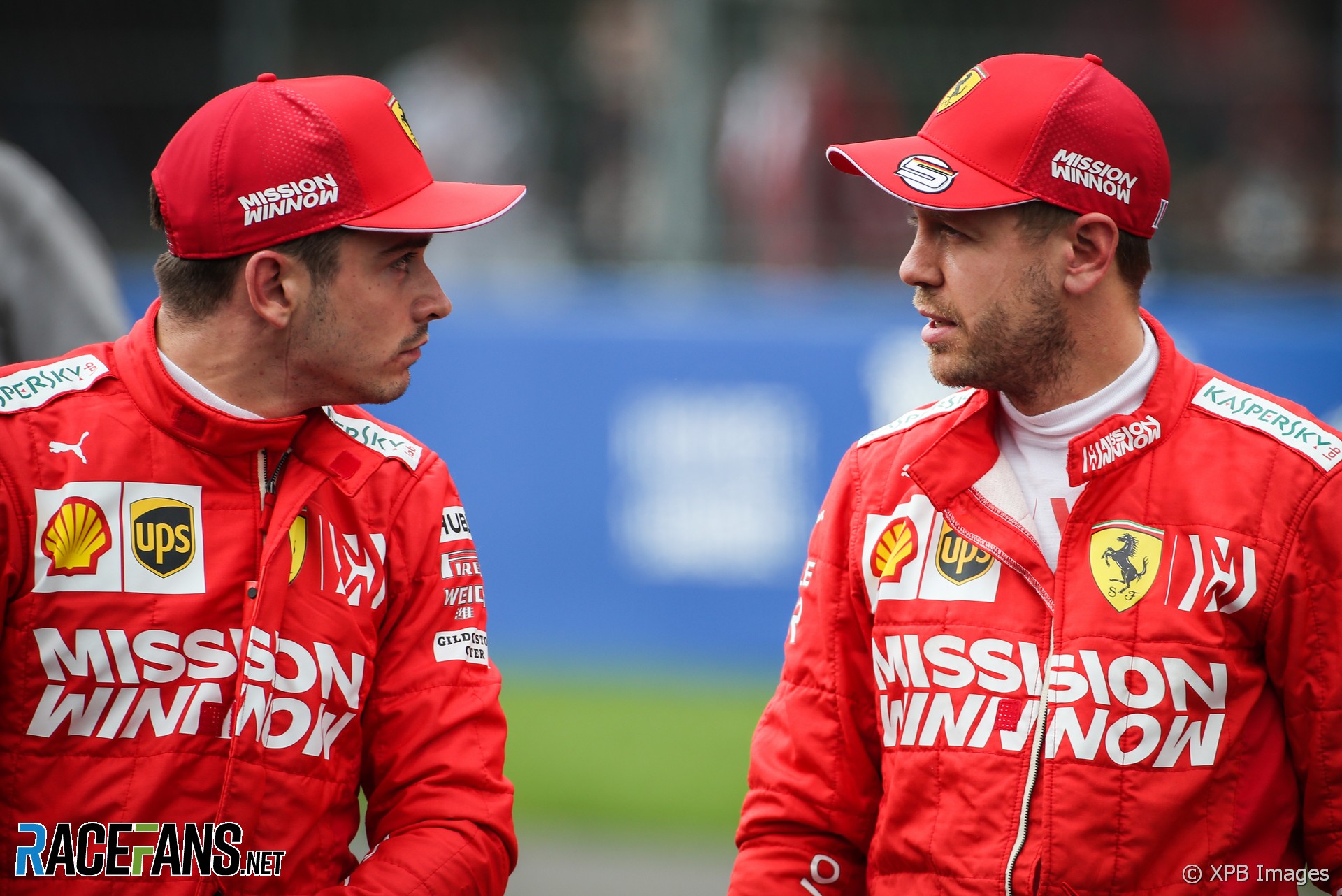 Was this a sign they had lost faith in Raikkonen, or that they were ushering in a bright young talent who promised to be a replacement for Sebastian Vettel? Twelve months on, we may have our answer, as by almost all the measures that matter, Leclerc had a better 2019 season than Vettel. Factor in the gulf in experience between the pair, and Leclerc’s first full season in red really is something to get excited about.

Ferrari had a plan from the outset, and tried to impose team orders on the pair. In the closing stages at Melbourne Leclerc was told not to attempt an overtake on Vettel in order to secure their positions safely.

It didn’t take Leclerc long to force the team’s hand. He out-qualified Vettel by three tenths of a second in Bahrain and was dominating the race when his engine lost a significant amount of power and he had to settle for third. Vettel, rattled, spun while trying to keep Lewis Hamilton behind him.

This was no one-sided fight. Indeed, Bahrain was the only time in the first seven races that Vettel started or finished behind his team mate. But that started to change in a big way at Paul Ricard, where Leclerc unlocked the secret to conjuring one-lap pace from the SF90. It was a breakthrough that eluded Vettel for much of the rest of the season.

Vettel didn’t go down without a fight and the two drivers were usually separated by small margins, particularly in qualifying. Leclerc won the Saturday fight 11-9 (having trailed 1-7) but when both Ferraris took the chequered flag Vettel was ahead more often (by a score which falls to 9-7 in his favour when Brazil, where both were classified despite having crashed, is factored out).

Vettel was also out-scored by his team mate for the first time since his single season alongside Daniel Ricciardo – a potentially telling statistic.

[icon2019autocoursempu]While Leclerc’s season was certainly not error-free, Vettel’s tendency to implode belied a driver of his experience and success. At Monza, perhaps put out by Leclerc’s failure to give him a tow in Q3, he made an unforced error by spinning in the race. He then compounded his mistake by rejoining the track unsafely and making contact with Lance Stroll. And this wasn’t the nadir of his season – that came two months later when he clumsily strayed into Leclerc while being passed by his team mate, putting both out.

The flip-side of this were days when Leclerc was ragged and Vettel the more cool-headed. Germany was a clear case of this. Leclerc was sailing close to the wind when he spun into a barrier, while Vettel made steady progress from last place to take second – though he got greedy on the final lap and almost spun it away while trying to grab the fastest lap bonus point.

With a year’s more experience under his belt, Leclerc is likely to push Vettel even harder in 2020. Ferrari will have to find a solution to decrease the tensions this will inevitably provoke, however much they play down the rivalry between the pair. And even more so if the additional strain of a title fight is added to the mix.

Sebastian Vettel vs Charles Leclerc: Who finished ahead at each round

Times based on the last qualifying round at each race weekend in which both drivers set a time. Negative indicates Sebastian Vettel was faster, positive means Charles Leclerc was faster