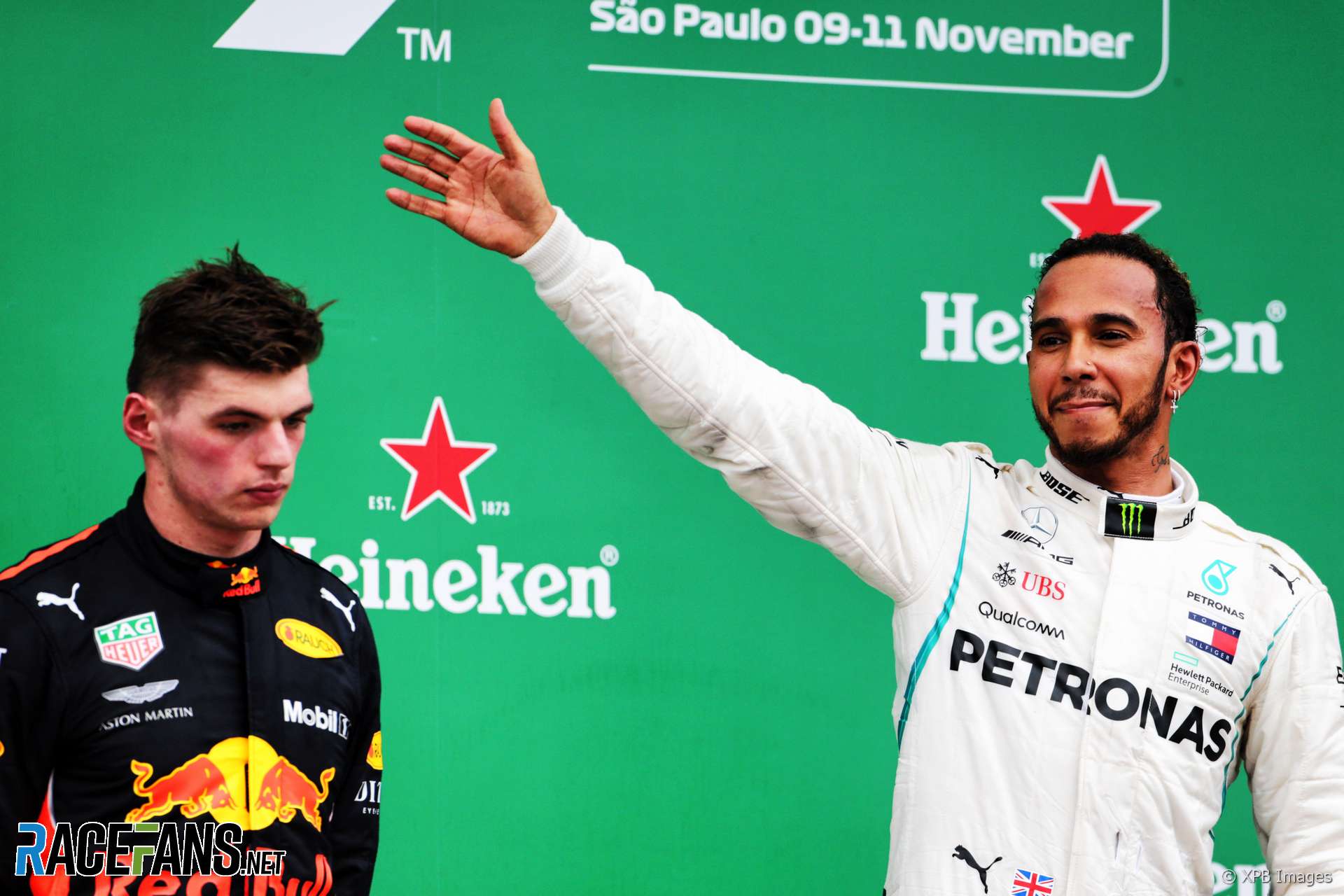 Lewis Hamilton indicated Max Verstappen is among the drivers who are pursuing Mercedes over a chance to join them after next season.

Hamilton and team mate Valtteri Bottas will be out of contract at the end of the 2020 F1 season. Speaking after Verstappen at the FIA Gala in Paris, Hamilton indicated his Red Bull rival isn’t the only driver lobbying team principal Toto Wolff for a chance to join the world champions.

“It’s an interesting time because there’s a lot of people, a lot of drivers who are seeking positions everywhere,” he said. “Calls Toto gets from every driver including the one that was up here just recently asking to come, leave their team and come to where we are.

However Hamilton said his upcoming contract talks with Mercedes aren’t a “stressful thing” for him. “There’s always a clear pathway of communication between myself and Toto, there’s never been any secrets, that won’t change.”

The six-times champion’s future has been a subject of speculation concerning a possible move to Ferrari. Hamilton said he hasn’t “put a lot of energy towards” deciding his future yet.

“I love the people that I work with so it’s really difficult to walk away from something that you love as much as I do. The team, the organisation all the way through to the bosses. I’ve been with Mercedes since I was 13, so it’s really hard to imagine myself being anywhere else.

“What we’ve built over the last period that I’ve been there the last seven years – obviously Mercedes have been working for longer than that – is at the moment kind of dominant, it’s a strong force. I think it’s taken us time to build that, to build the strength and depth from within and have the consistency we’ve had. It’s not something that just comes overnight and other teams currently don’t have the elements that we have in place and it takes time to build those things.”

Hamilton has admitted his plans could also be affected by Wolff’s decision on his own future plans.

“Would it be the same without Toto? I don’t think so. But he’s got to do what’s right for him. And just like I don’t know what’s right for me when I have to make the decision, he has to make the right decision first for him and what’s best for him, his family, his future. Change is also sometimes a good thing.”