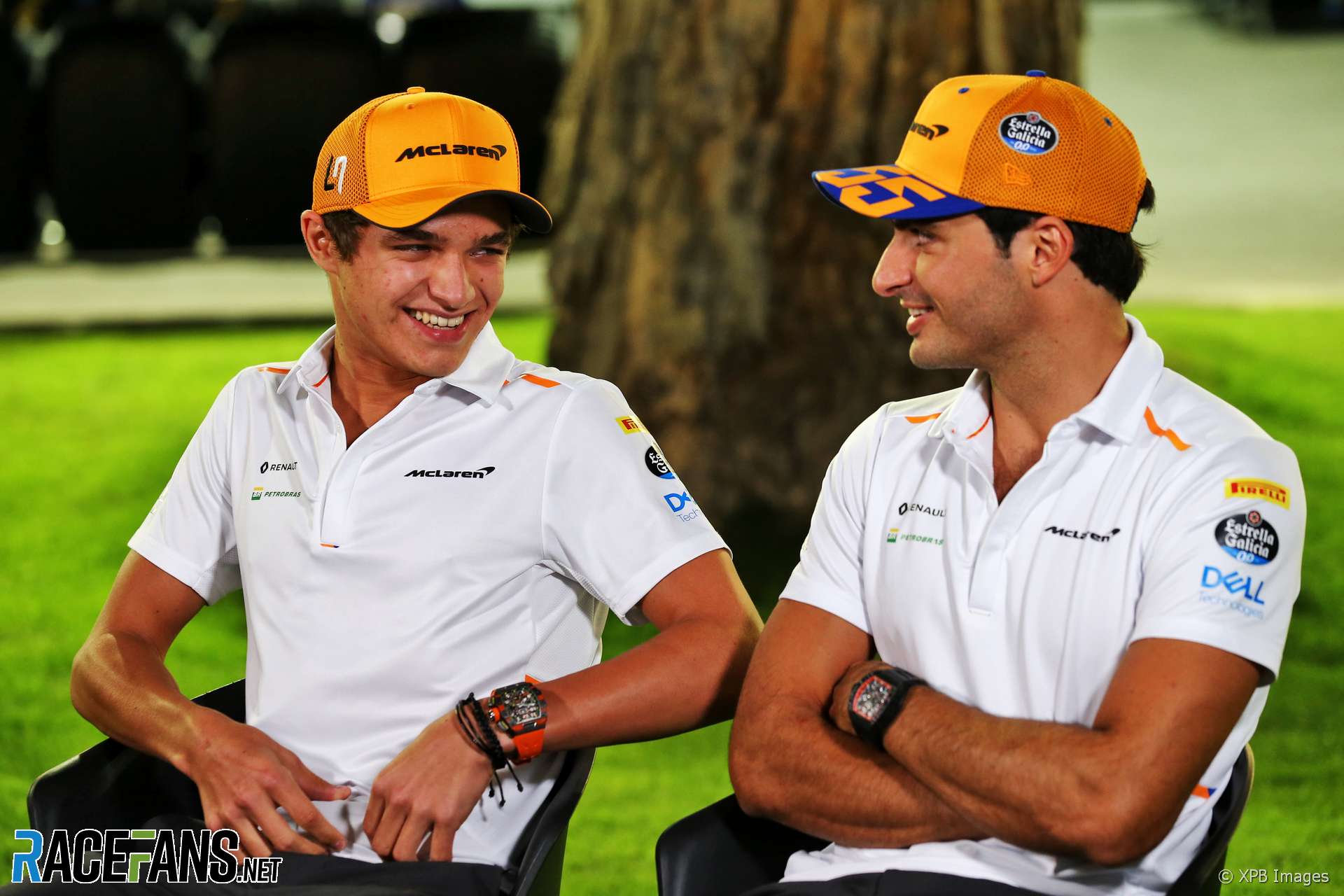 Take technical failures out of the equation – as RaceFans has done for years when compiling these statistics – and the qualifying scoreline between Lando Norris and Carlos Sainz was dead even: 10-10.

But on race day Sainz collected more points. This partly reflected the more experienced driver’s superiority on Sundays, but also some unfortunately-timed technical failures for his team mate.

Norris suffered three retirements this season, including an agonising end to his Belgian Grand Prix. He spent the day leading the midfield comfortably until, one lap from home, his engine failed and he left without any points. Sainz had two technical-related retirements as well, including one in the season’s opening race, dooming him to inevitable grid penalties from the off.

During the first half of the season the qualifying advantage leaned slightly towards Norris. Sainz hit back, out-qualifying his team mate six times in a row after the summer break, and the balance swung towards him. Curiously, when Norris did out-qualify his team mate, it was often by a significant margin, but factor out unrepresentative results and Sainz was very slightly quicker on average.

Norris progressed quickly over his rookie season, showing a clear rate of progress, especially on tracks which were new to him. He finished best of the rest at his second race in Bahrain – a track he clicked with in Formula 2 – and he went on to finish at the front of the midfield twice more over the course of the season.

Sainz’s large lead in the points was mostly down to his ability to capitalise on opportunities to land big points finishes. Nowhere was this more true than in Brazil, where he scored his maiden F1 podium after starting dead last, Norris having voluntarily got out of his way mid-race. Sainz also added fifth place finishes at three races during the season – a height Norris never scaled.

Although both drivers were often in close proximity to each other on the track, their season passed without any collisions, except when Daniil Kvyat hit the pair of them on the first lap in China. Given their performances and their good working relationship it was an easy decision for McLaren to extend Norris’s contract alongside Sainz, who was hired last year on a multi-year deal.

Both drivers still have potential to improve still further. Whether their relationship can stay as friendly and productive while Norris’s growing experience makes him a more consistent threat to Sainz, and as McLaren make their intended step forward next year to start snapping at the heels of the ‘big three teams’, is the next question for this impressive pair.

Carlos Sainz Jnr vs Lando Norris: Who finished ahead at each round

Times based on the last qualifying round at each race weekend in which both drivers set a time. Negative indicates Carlos Sainz Jnr was faster, positive means Lando Norris was faster. Sainz’s unrepresentative Canadian GP lap discounted