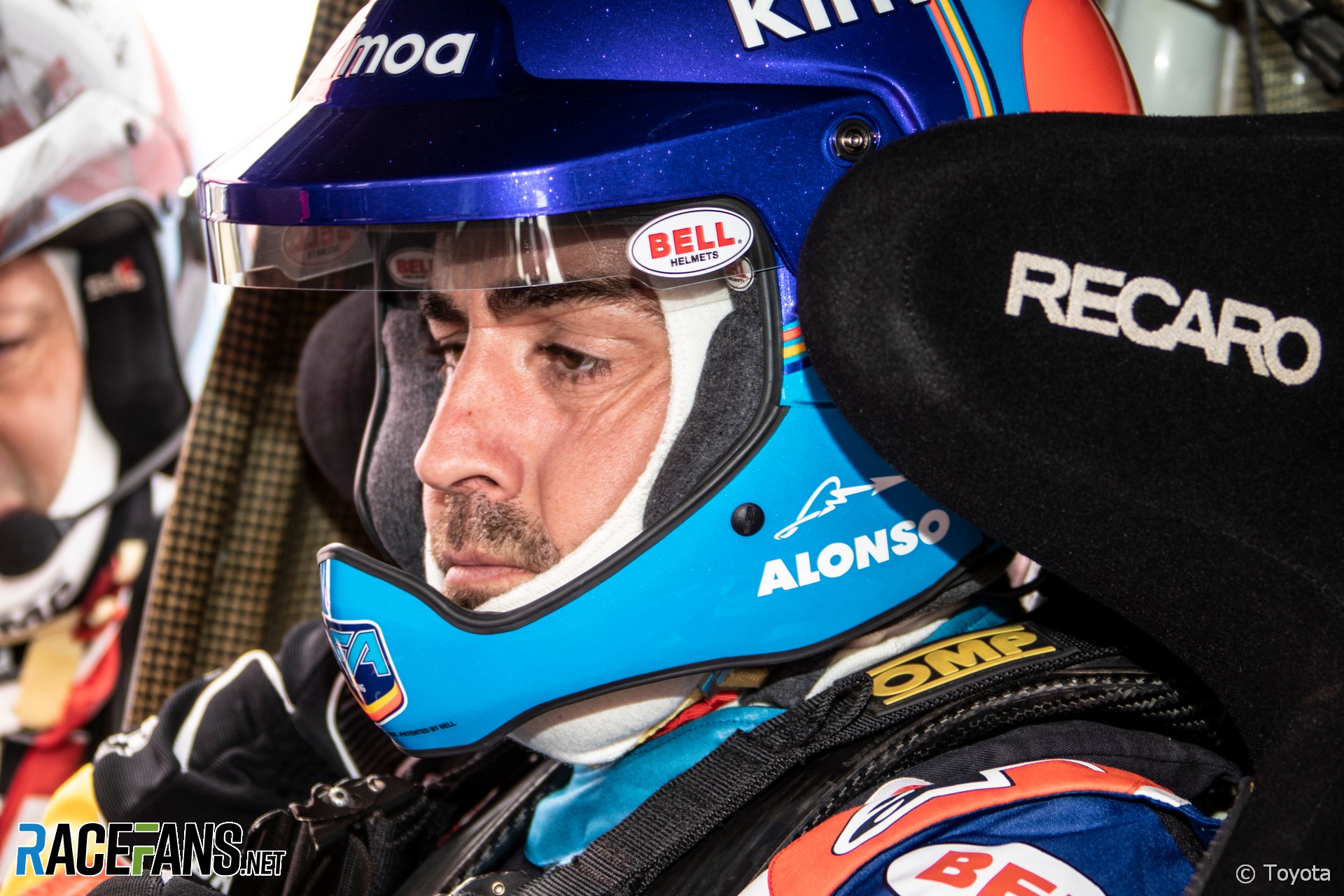 Fernando Alonso says the Dakar rally, which he will attempt to win next year, could not be more different to Formula 1.

He described the point-to-point rally event, which will cover 7,500 kilometres in Saudi Arabia in 2020, as “the most extreme discipline in motorsport.”

“You cannot be more far apart, Formula 1 and Dakar,” said Alonso, who has tested extensively for Toyota and competed in lower-level competitions in preparation for his Dakar debut.

“The driving technique is completely different,” he said. “You’re using both feet all the time in Dakar while in single-seaters you are not even allowed to touch the brake while [on the] throttle because the fuel consumption will get very high.”

The constantly changing course means Dakar drivers have to be at maximum concentration all the time. “The reading of the terrain and the unknown that you are facing every kilometre, while on the circuit everything is optimised lap after lap,” he explained.

“And the distance: [In F1] we’re used to having one hour and a half of concentration, and even you can relax on the straights, you have time to touch the steering wheel, to do different things. While [in Dakar] every metre is new. So you need to pay attention that is on another level for eight or nine hours every day. So it’s quite difficult to adapt.”