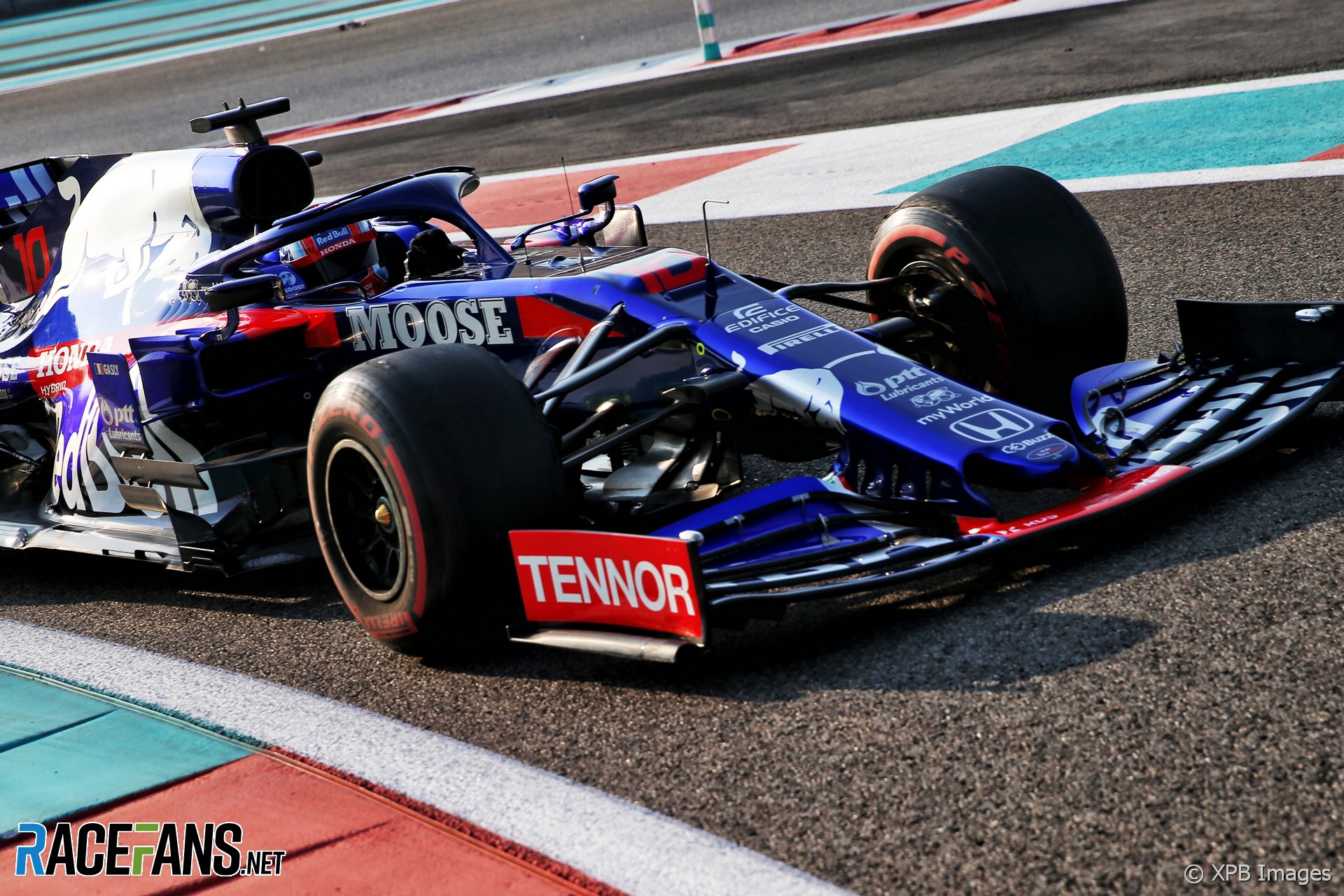 Formula 1 will continue using its 2019-specification tyres next year after team unanimously voted against introducing Pirelli’s new rubber in 2020.

Pirelli conducted a series of tests of its 2020 development tyres during the course of the season with several different teams, culminating in a three-team test at the Circuit de Catalunya in October.

However drivers expressed doubts over the new constructions after testing the during the first practice session for the United States Grand Prix in November. They were given another chance to evaluate the new compounds, alongside the 2019 rubber, at Yas Marina last week.

That failed to ease concerns over the 2020 tyres. Following the test Romain Grosjean said the new tyres were not a clear improvement over the ones used this year.

“The FIA would like to thank both Pirelli and all the teams for their work and collaboration to improve the tyres for the 2020 season and beyond. In any case, the lessons learnt will be invaluable for the further improvement of the tyres in the future.”

Pirelli said in a statement it, the FIA and the teams had taken three points into account in their deliberations. “The teams will no longer have to modify the designs of their 2020 cars, which wouldotherwise have been necessary to accommodate the different profile of the 2020 tyre construction.” it noted.

“This will now allow the teams to continue the development of their 2020 cars – which are already at an advanced stage – uninterrupted. [And] the use of the 2019 tyres also guarantees the teams stability, with the advantage of using a well-known product during the final season of the current regulations.”