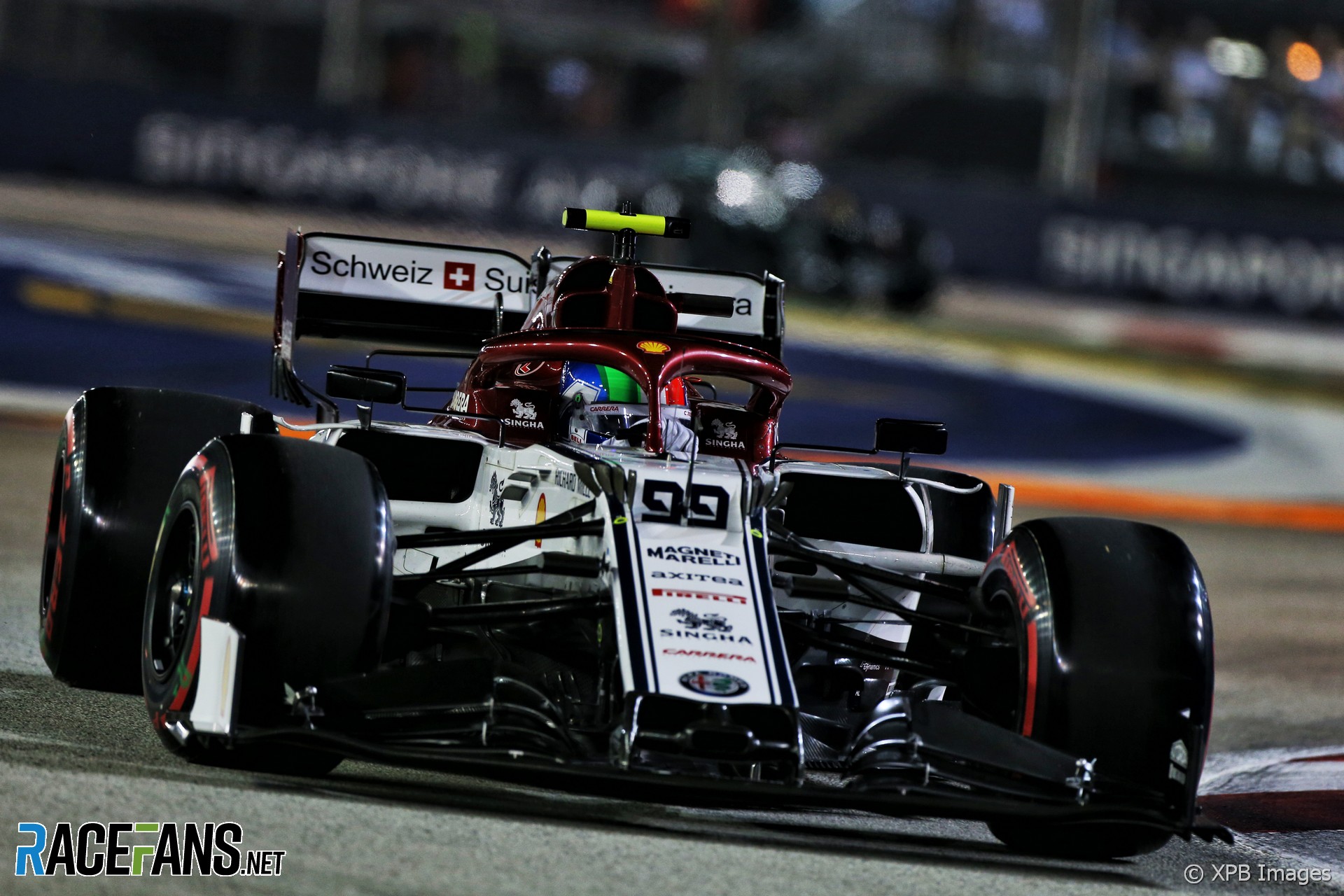 Antonio Giovinazzi’s rate of improvement during his first full season in Formula 1 should make more teams question the wisdom of leaving talented drivers stuck in simulator programmes for consecutive seasons, locked away from real-world racing.

The Ferrari junior driver had demonstrated his ability previously and deserved his shot at F1. But the Australian Grand Prix was his first race in a single-seater for almost two years and during 2019 he admitted, and it was evident, that a certain race-rustiness had developed.

Of course it didn’t help matters that he was up against a world champion. But Giovinazzi made obvious progress compared to Kimi Raikkonen, especially in qualifying: Having been out-qualified 4-1 over the opening races, he led the final seven 5-2. He only narrowly lost the season-long score, Raikkonen averaging a negligible 0.004 seconds faster.

But while Giovinazzi rose to his team mate’s level in qualifying over the course of the year, the same wasn’t true in the races. Giovinazzi only managed a single points score before the summer break. This was partly because the team’s double penalty in Germany cost him his best finish up to that point, though Raikkonen was affected by that as well.

As Giovinazzi continued to improve, the Alfa Romeo slipped further off the pace, and thus his performances did not always earn the results they deserved. He finished in the top 10 more often than Raikkonen after the summer break, though he squandered his first chance for points at Spa, crashing out late in the race.

He rebounded swiftly, grabbing points for ninth at Monza. In Singapore his strategy allowed him to briefly lead the race – something no other driver outside Mercedes, Ferrari and Red Bull managed all year – and he claimed another point.

By this point in the season Giovinazzi was regularly getting the upper hand on Raikkonen in qualifying, though his team mate often prevailed in the races. In four of the final six races Giovinazzi finished behind his team mate after starting ahead of him. Raikkonen performed better in the midfield, beating Sergio Perez’s Racing Point eight times, something Giovinazzi only managed twice.

At times the difference between their race performances was partly because of the team’s efforts to understand why it wasn’t making the desired progress with their car, such as in Japan, where the pair ran different aerodynamic packages. In Abu Dhabi, where the C38 was mystifyingly far slower than it had been 12 months earlier, they split the strategies between their cars which included starting Giovinazzi on soft tyres – a highly optimistic plan which did not pay off.

Both drivers, however, reaped their benefits of staying out of trouble in Brazil, Giovinazzi collecting fifth place behind his team mate.

Until his 2020 drive was confirmed late in the season, speculation persisted that Giovinazzi might lose his place to Nico Hulkenberg next year, given the out-of-contract driver’s links to team principal Frederic Vasseur. He’s been given another chance for now, and his modest but discernible improvement over the course of the year justifies it.

But he’s going to have to find another level next year to justify a long-term future in F1. Especially as the Ferrari Driver Academy has the highly attractive prospect of Mick Schumacher waiting in the wings.

What’s your verdict on Antonio Giovinazzi’s 2019 season? Which drivers do you feel he performed better or worse than? Have your say in the comments.