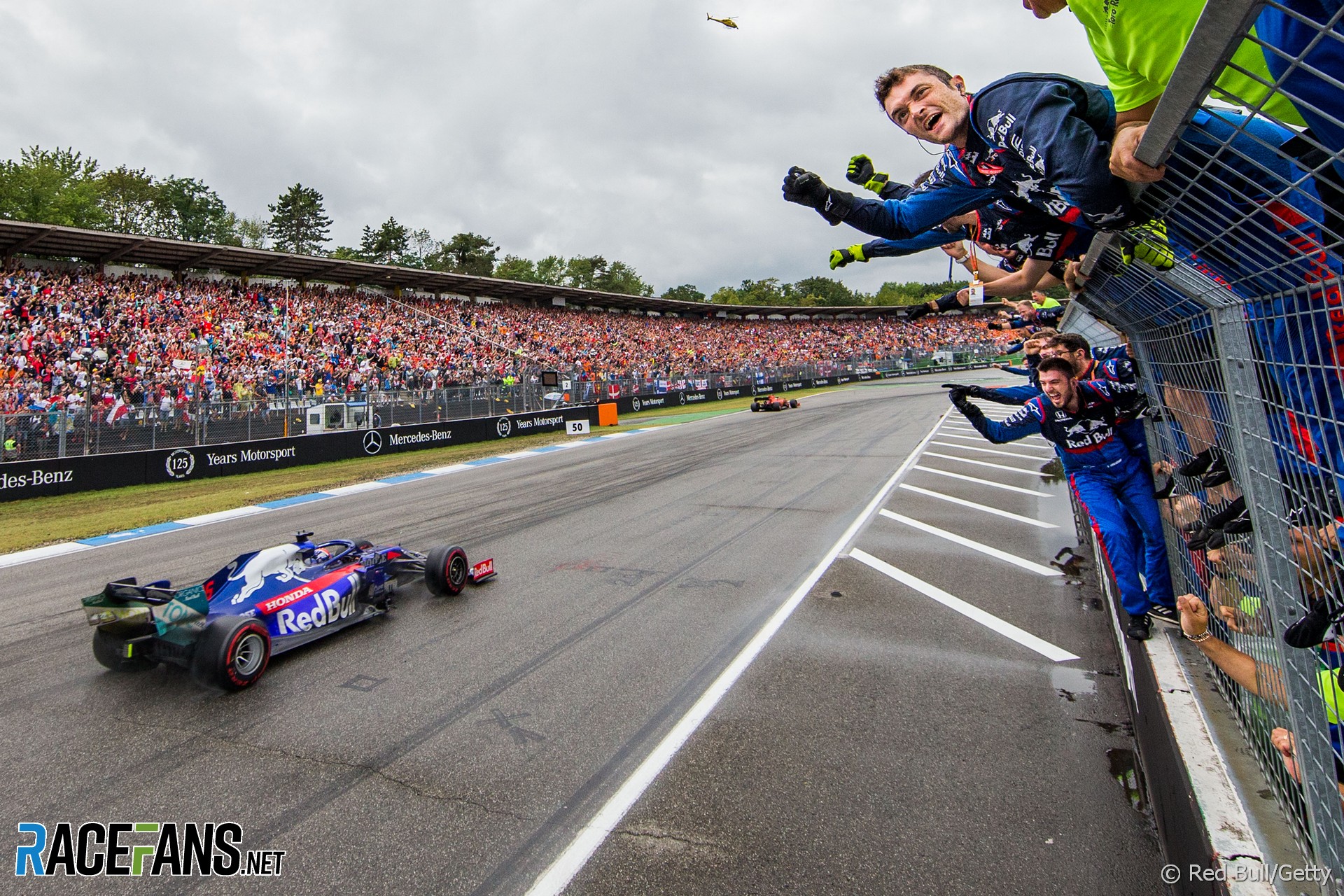 Daniil Kvyat had a mixed season. He scored a superb third place for Toro Rosso in Germany – the team’s second visit to the podium in its 14-year history – but was generally out-shone by his two different teams mates over the course over the year.

Combine Alexander Albon and Pierre Gasly’s points tallies from their races alongside Kvyat this year and they outscored him 48 to 37. This despite Albon being as new as a newcomer can be – he’d never driven an F1 car before February – and Gasly having to adjust to a new chassis at mid-season.

Over the first part of the season Kvyat and Albon were reasonably closely matched, which was too close for Kvyat’s comfort given Albon’s experience. While his third place finish in Germany was fully merited, the outcome rested on a tyre gamble which Kvyat was only in a position to make because he spent most of the race behind his team mate, who produced a superb drive in challenging conditions.

Following Red Bull’s mid-season seat swap, Pierre Gasly appeared alongside Kvyat for the rest of the year at Toro Rosso. Despite the advantage of familiarity, Kvyat was comfortably out-scored by Gasly, though his troubles weren’t entirely of his own making.

A loss of oil pressure at Monza cost Kvyat a likely sixth place after an excellent drive. His home race was also ruined by a series of technical problems during practice.

However Kvyat also found himself on the back foot because Gasly regularly out-qualified him. He failed to get out of Q1 in Singapore and Brazil – the latter having a serious effect on the points difference between them as Gasly reached Q3 and went on to finish second. Kvyat couldn’t match Gasly’s one-lap pace at Suzuka, either.

Following his latest return to Toro Rosso, Kvyat amassed enough starts to become Toro Rosso’s longest-serving driver. That being so, he really should have cut out the kind of mistakes in wheel-to-wheel combat which earned him the ‘torpedo’ moniker.

But that carelessness was evident again in his tangles with the McLaren drivers in China, or Antonio Giovinazzi in Bahrain. Later in the season Kvyat was on course for points in Mexico and the USA but picked up penalties for late-race collisions with Hulkenberg and Perez respectively. He didn’t avail himself of either opportunity to admit his error, so we can probably expect more of the same next year.

But the most telling verdict on Kvyat’s efforts came from Red Bull. On two occasions they could have recalled their most experienced junior driver to the top team, and both times they chose Albon over him. With Gasly rebounding so impressively from his Red Bull ejection, it’s hard to see Kvyat getting another chance with them, though we should never assume too much when it comes to their young driver programme.

What’s your verdict on Daniil Kvyat’s 2019 season? Which drivers do you feel he performed better or worse than? Have your say in the comments.