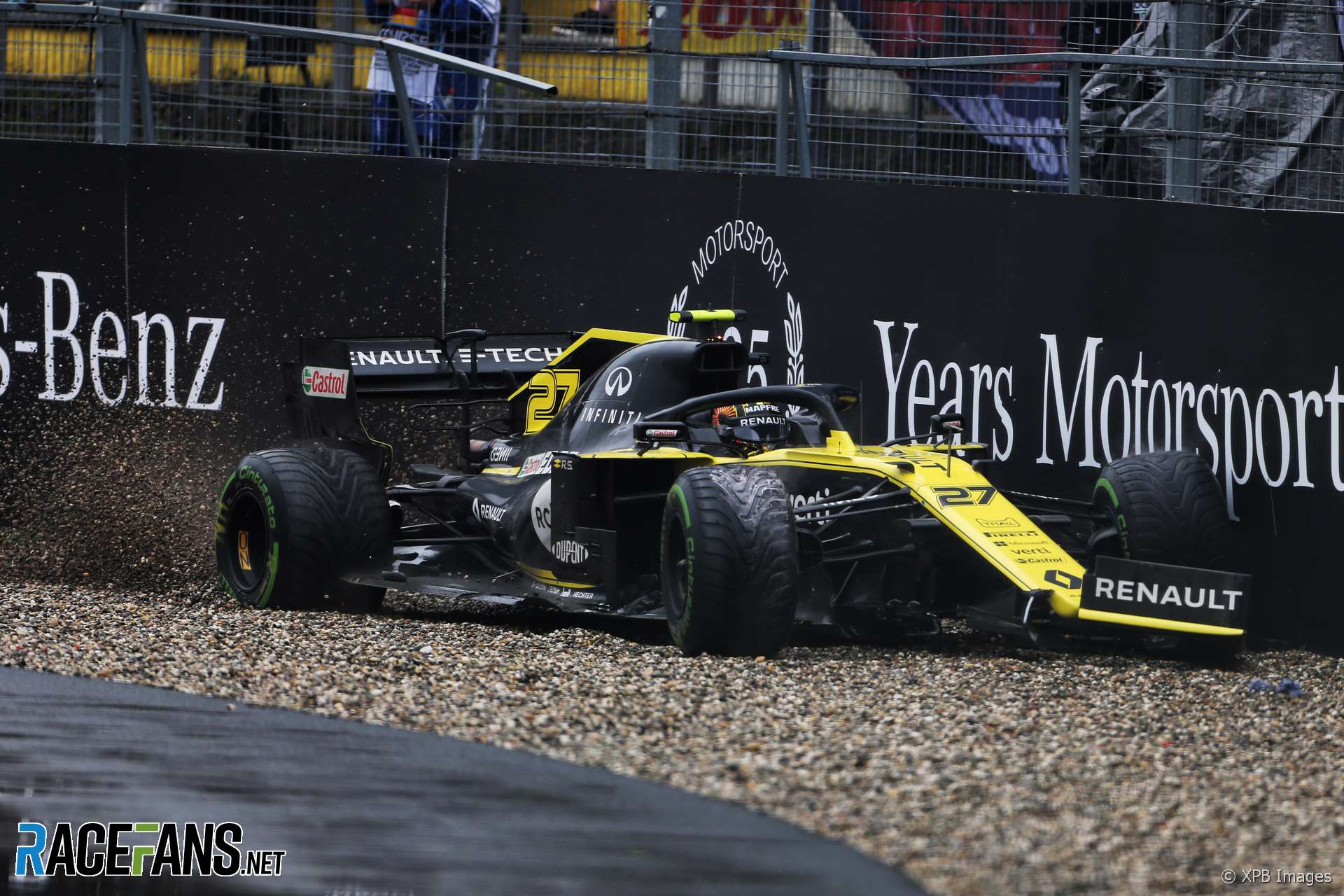 Nico Hulkenberg made an unfortunate habit of squandering opportunities for podium places during his Formula 1 career. He did it again this year, and not long afterwards Renault confirmed his services would not be retained for 2020.

Maximising the anguish, the nadir of Hulkenberg’s season occured at his home race. Though he wasn’t running in a top-three position when he touched the treacherously slippery run-off between the last two corners, he was in the hunt for a podium finish of the kind which has, mystifyingly, managed to elude him since he arrived in F1 a decade ago.

For his third season at Renault, Hulkenberg was joined by Daniel Ricciardo. This was the first time in a while Hulkenberg has been measured against a race-winning driver for the first time, and it showed.

Although Hulkenberg out-qualified Ricciardo in their first race together in Melbourne, he lost to his team mate in the next seven qualifying sessions. The gap may have been fractional at times – a mere four-thousandths of a second in China – but it was clear which driver was the benchmark for the car’s performance, and it wasn’t the one who’d been driving a Renault for the past two seasons. Hulkenberg didn’t make things any easier for himself when he crashed during qualifying in Spain, destroying his new-specification front wing.

The gap between the pair in terms of race results was similar, and both suffered from the team’s generally poor reliability compared to the opposition. Though Hulkenberg often ended up behind his team mate, it generally wasn’t by a large margin. Unlike his team mate, Hulkenberg never once managed to lead the midfield home, though there were times when Renault intervened to decide the running order of their two cars.

By the time the championship resumed at Spa, Renault had announced Hulkenberg would make way for Esteban Ocon in the team’s 2020 driver line-up. Despite that blow, and his dwindling hopes of finding a seat anywhere else as the season went on, Hulkenberg continued to perform well.

Even in this latter part of the season he out-qualified Ricciardo several times and beat him home in Sochi too. More often than not he was further behind at the chequered flag, though in Mexico that was partly because Daniil Kvyat had shunted him on the final lap.

As the season came to a close and his future became clear, Hulkenberg had a resigned air about his fate. He suggested he lost his place at Renault due to factors besides his performance in the car, such as the attractiveness to Renault of the French driver he is being replaced by.

While 2019 was far from a disaster, nor did he show the kind of team-leading potential which would justify the team keeping him alongside Ricciardo. But his enforced departure from the team – and, consequently, from Formula 1 – is as much a verdict on his previous championship performances as this one.

What’s your verdict on Nico Hulkenberg’s 2019 season? Which drivers do you feel he performed better or worse than? Have your say in the comments.