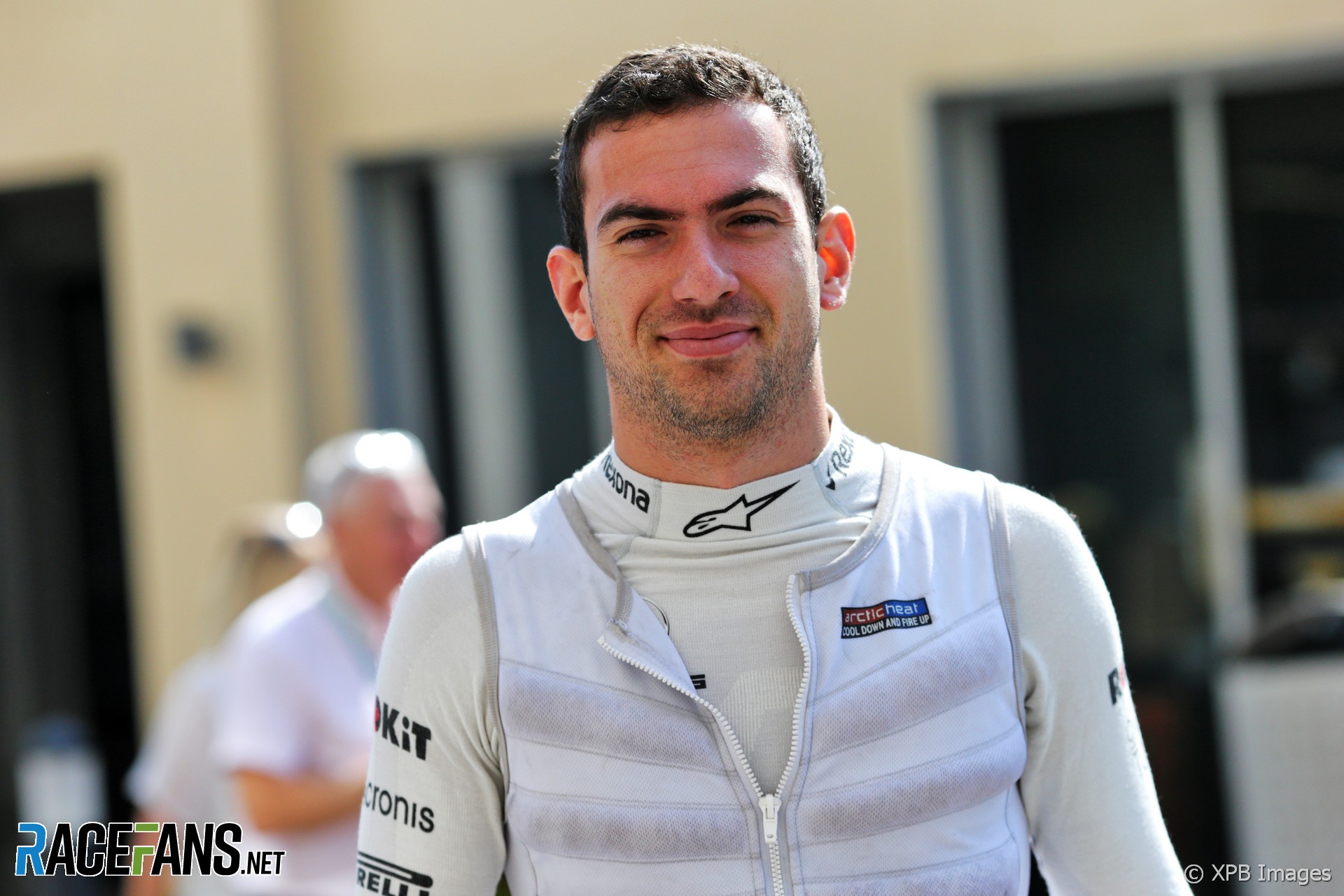 In the round-up: Nicholas Latifi says he expects to get on well with new team mate George Russell.

Russell emphatically beat Robert Kubica during 2019, but Latifi isn’t fazed by the prospect of going up against him:
I’m going to try and do my own thing. I’m my own person, my own driver.

Obviously George is one of the highest-rated junior drivers. I’m very much looking forward to going up against him. For sure he’ll be a good benchmark, a good reference for me in the beginning parts to learn. He’s not going to be a rookie any more next year so I assume he will have some advantage.

I think we’re going to work very well together. Where the results are, where the performance is going to be, it’s obviously very difficult to say. But regardless, my goal is still going to be to just try to extract the maximum performance, whatever package we have.

Taking a closer look at the @MercedesAMG Project ONE… 😎 pic.twitter.com/6bLwVML9mf

"I’m absolutely certain that in 2021, Lewis Hamilton will move to Ferrari. Toto goes with him, because as I said, Lewis won’t leave himself exposed, and it will be his way of bringing an equaliser. Do Ferrari need two number ones? No, but they won’t let go of Leclerc."

Lewis Hamilton, who won the public vote in 2014, finished second for the fourth time.

"We all want to win – we have the winners’ mentality in this Team and we want to get back to those days of Red Bull dominance."

"If I look at the whole season, we have been one of the most checked teams, that was before or after the technical directives."

Ferrari on lessons from Vettel vs Leclerc (Sky)

"I think that with Seb we need to sit down to discuss ways we set to understand his intentions for the future. I think we need to see our strategy developing next year."

"A reported crowd of 38,000 people were present at Bahrain International Circuit over the weekend as the country celebrated its Bahrain National Day festivities with a variety of entertainment including an expansive fireworks display at the midpoint of the race."

Did Nico Hulkenberg deserve more from his stint in Formula 1?

I think Hulkenberg can rightly feel pretty hard done by from F1.

His career spanned the decade from 2010 to 2019, a period which saw utter dominance from first Red Bull, then Mercedes, with only McLaren (early on) and Ferrari being regular podium contenders. Podiums or race wins earned on merit were incredibly rare for the midfield teams, and Hulkenberg never found himself with that package.

He came close but was passed over for a drive with one of the big teams, agonisingly so in 2016 when he had just signed for Renault when Mercedes came looking for a Rosberg replacement.

At Renault he dominated Palmer, then convincingly beat Sainz, who is now enjoying the plaudits that come with competitive machinery. Against a tough benchmark in Ricciardo there was little to choose between them by way of margins, in both quality and races.

And whilst Germany was indeed the nadir of his season, it did come after a superb weekend where he dominated Ricciardo through practice and qualifying and was the driver of the race until he skidded off on the roulette patch. It’s a shame 40 laps of the highest quality get overshadowed by a single small mistake, when others like Kvyat and Stroll drove lacklustre races and cashed in by rolling the dice on strategy simply because they had nothing left to loose.

Unfortunately I don’t think F1 will miss Hulkenberg for a minute. In my mind he deserved more than he got.
@AussieRod