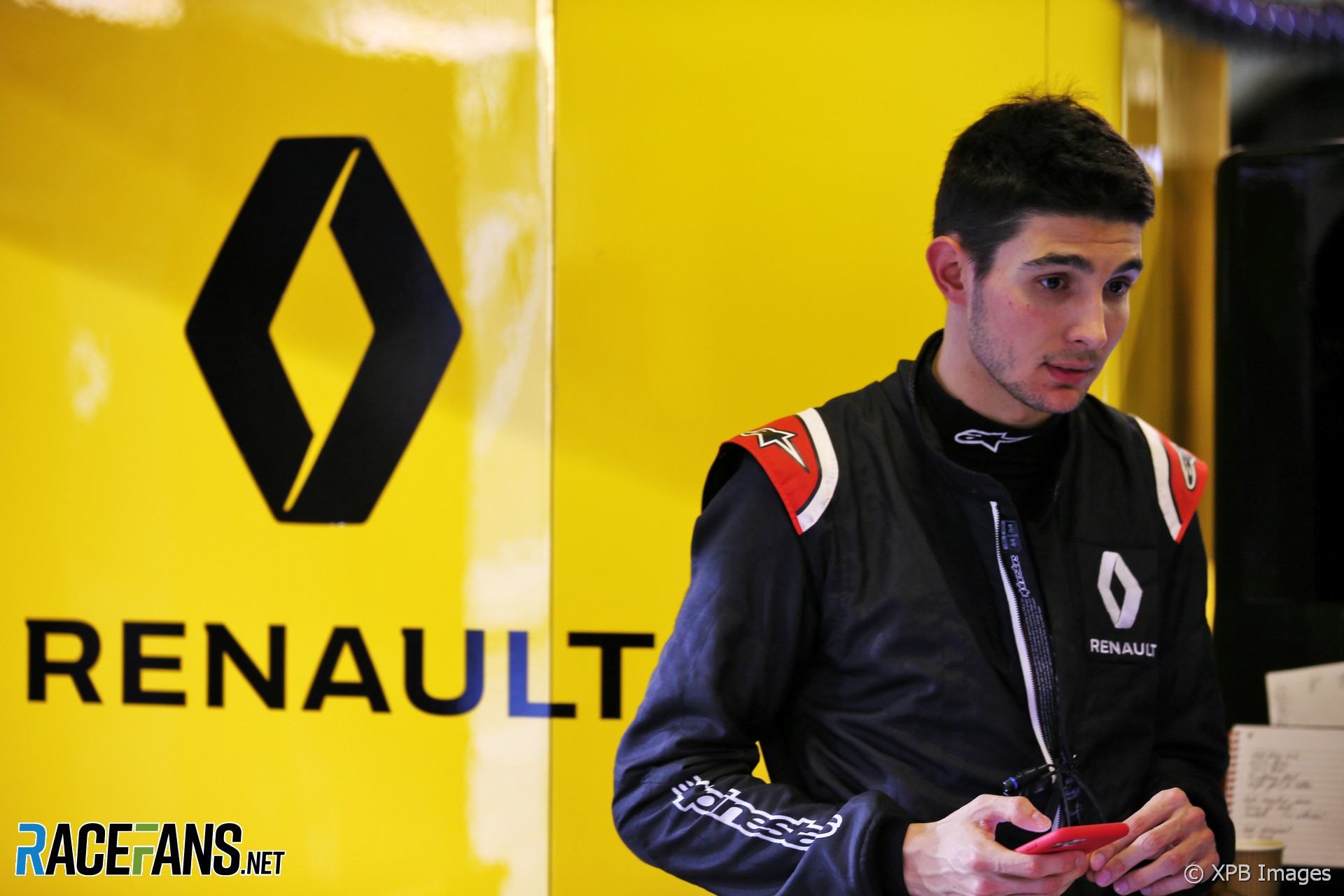 In the round-up: Esteban Ocon says it was important for him to get two days of testing in the Renault because of the reduction in pre-season testing next year.

Ocon, who will return to F1 next season following a year out, drove for Renault in both days of the post-season test at Yas Marina:

That’s crucial and definitely is going to help me massively because you arrive to testing in February with an advantage because you have your position fixed, you have things that you’ve verified on track, which is great to have the chance for that.

For me, I didn’t get much driving time this year, and to have even less days in February it’s a big problem. So to have those two days here, basically a counter for the days we are lacking in February,

Access all areas with the team as we complete the final test of the year at the Yas Marina Circuit. Here's an exclusive look into the work that goes on beyond what you see. 🛠#RSspirit pic.twitter.com/Tvmnm3CZzv

The Grand Prix Tea Towel is officially back in stock!

"For the first time in his career, he will not be a rookie in 2020, and we think his insight will be highly beneficial for him and for the whole operation."

"I think it’s harder than previous years. We need to be precise in every single area, in terms of hardware, also software and then trackside management as well."

"Two of the key criteria from the Invitations to Tender (ITT) detail dimensional requirements and weight-saving, which include a target weight of 284kg for the 'Gen 3' battery. The current battery which is supplied by McLaren Applied Technologies comes in at 385kg."

Is it possible to rate George Russell’s efforts this year compared to his rivals given how un-competitive his car was??

I think he should just be in a new position called ‘unrankable’ – it’s completely impossible to know how well he did. We’re really basing his performances off of last year in F2 when he was better than Norris and Albon.

I fear that next year will be another resounding victory over Latifi, and again, somewhat difficult to know how good he actually was.
@Hugh11

18 comments on “Ocon: February testing cut “a big problem” for some drivers”