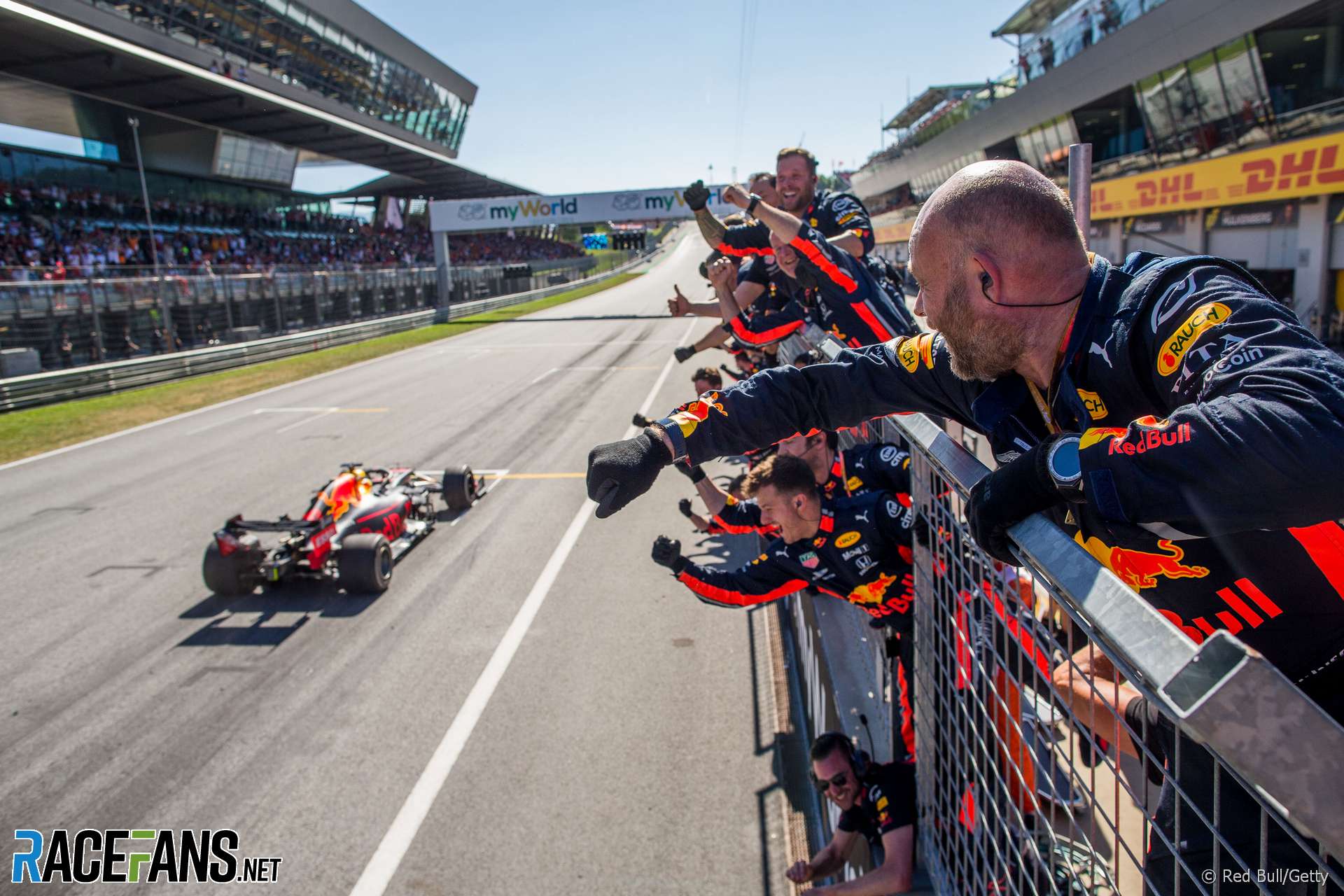 The team achieved three victories in 2019, its first season with new power unit supplier Honda. However Marko denied the team had under-delivered on its potential.

“I wouldn’t say that. It did cost me in lost bets that we only won three races, but we had the potential to win five if not six races.”

Speaking alongside driver Max Verstappen on Red Bull-owned television channel Servus TV, the pair identified Mexico and the USA as races the team had the potential to win. Verstappen’s three victories came in Austria, Germany and Brazil.

The team is well ahead of schedule for completing its new car for the 2020 F1 season, the RB16, Marko added.

“We are currently 14 days ahead of schedule,” he said, adding the team is using “a Dutch test rig which accommodates a complete car and runs up to 330kph in real-time to enable us to understand any mapping or other issues.”

“We have planned four weeks for that process,” he added. “So we are going into the season better prepared than ever before, with a new concept. Now we need to deliver.”

Red Bull closed the gap to rivals Mercedes and Ferrari during the course of last season. “Usually we are competitive from Spain onwards,” said Marko, “but this year it took a bit longer.

“But those are the lessons we took out of this year and next year we have no more excuses. The engine is top, Max has matured and is also top, and now we need to deliver a good chassis.”