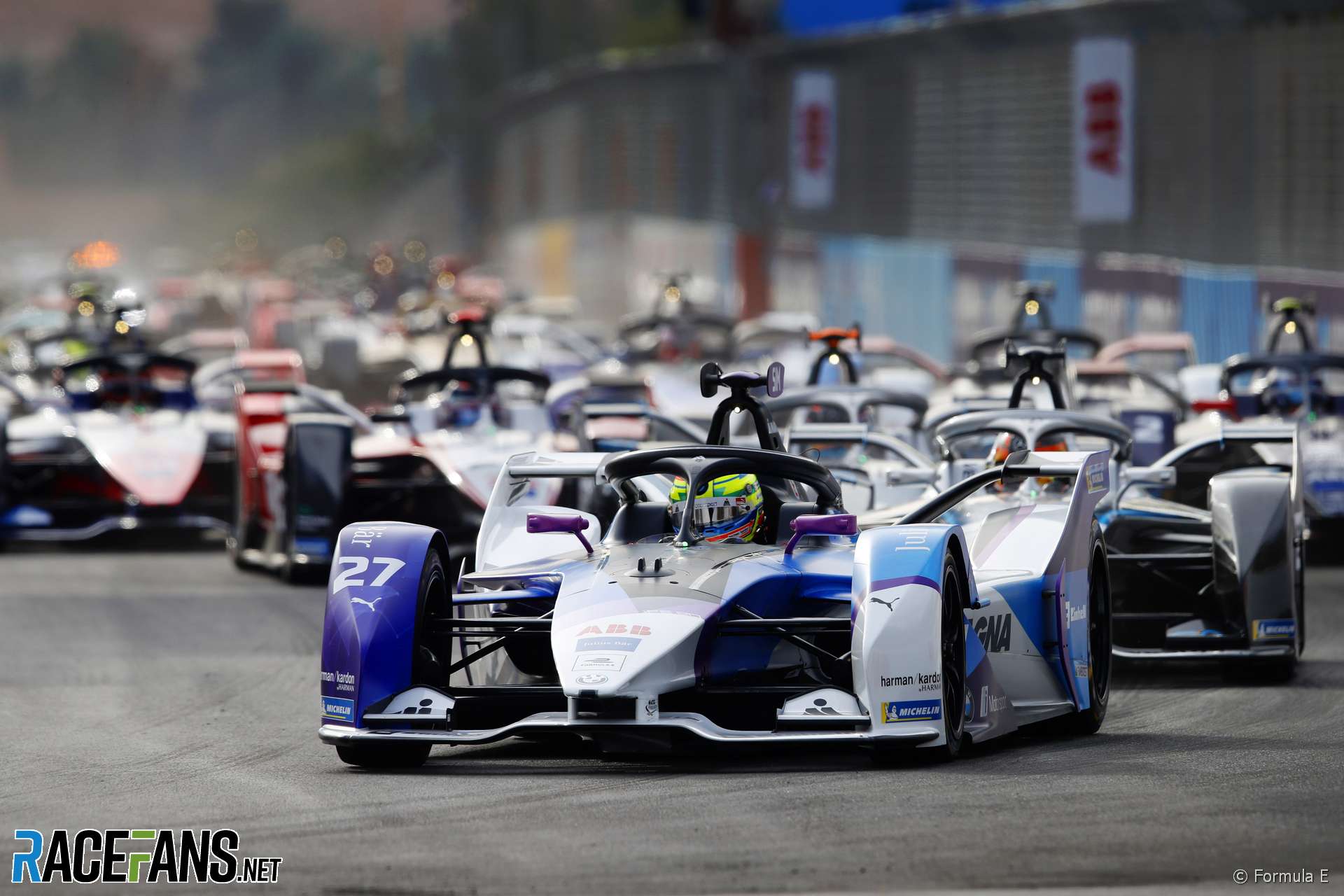 In the round-up: Formula 1 CEO and chairman Chase Carey says he doesn’t consider all-electric series Formula E as a rival to the championship.

"No, actually, it certainly wouldn't be Formula E. I think Formula E is a very different vehicle today, largely a social cause and, you know, it's a street party."

"Pedro, the son of three-time Formula One World Champion, Nelson Piquet, also shone in Abu Dhabi as he got to grips with the latest F2 car for the first time."

"Formula E Holdings has undergone key staff changes this month as leading directors and managers have abruptly left the business."

"After a long-term tie-up with Sebastien Bourdais at both Newman/Haas Racing and Dale Coyne Racing, Craig Hampson will join Arrow McLaren SP as race and R&D engineer for 2020."

"A title triumph with Ferrari would make him the driver who returned the Scuderia to the top – notably where Fernando Alonso and Sebastian Vettel (next season notwithstanding) failed – and enable him to see out his career with the most famous team in F1."

"On Dec. 1, the Saudi leader MbS and his brother, energy minister Prince Abdulaziz, met Russia’s Kirill Dmitriev - an influential Kremlin advisor and head of the government’s $10 billion sovereign wealth fund - on the sidelines of a Grand Prix Formula 1 race in Abu Dhabi, the UAE capital, the four sources told Reuters. Dmitriev flew to Riyadh the following day to tell MbS and Prince Abdulaziz that Moscow was on board with the cuts, one of the sources said."

Did the bonus point for fastest lap add anything this year?

I liked the idea at the first few races but it lost its novelty soon after. Apart from Australia, we barely saw the drivers trying to compete for that fastest lap. It soon became just a bonus point to whoever is so far behind from the big three and lost all meaning as a result.
KavB

Driving performance on the track, road and sea! We've formed a new partnership with @TeamINEOS and @INEOSTEAMUK! 🤜🤛 pic.twitter.com/YR1MBIxKk3