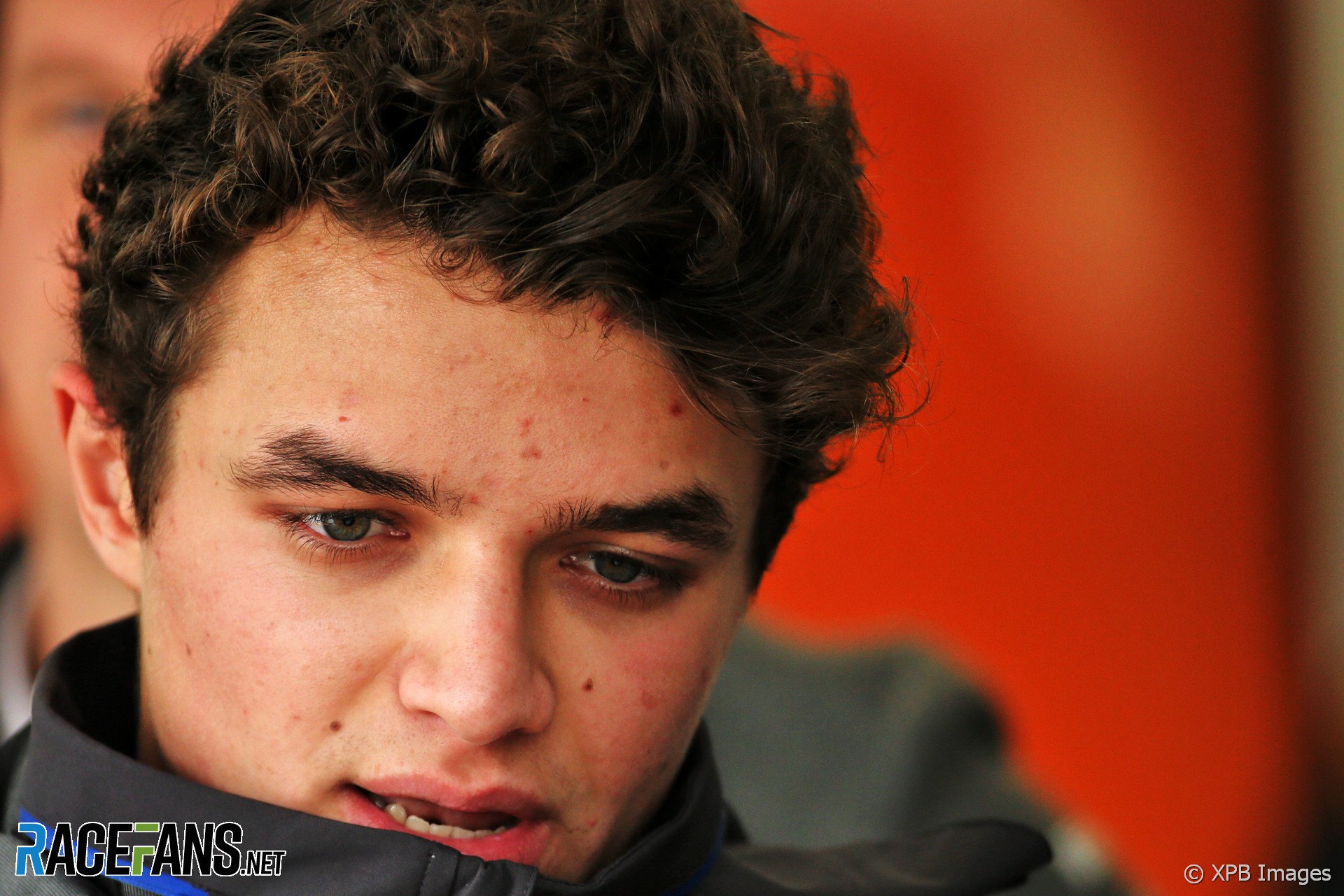 In the round-up: Lando Norris says McLaren still have a long way to go to catch up to their front-running rivals in 2020.

[icon2019autocoursempu]McLaren rose to fourth place in the constructors championship this year:

I think I can be very happy from how the whole season has gone. For myself, from the team. I think starting with myself there’s been a lot of good things.

Coming into the season, I wasn’t very confident with how I was going to do. So I’m happy I kind of proved myself wrong and I have done a good job and been able to give myself more confidence and improved as a driver. I’m very happy about that. I got some good results, [there’s] still a lot of things I need to improve on, but on the whole, I’m very happy.

With the team, I think it speaks for itself where we were last year, where we ended up in the constructors, where we were on average in qualifying and in the races. The contrast to this year has been pretty huge. So I think that says enough.

Beautiful morning training up the mountain, fresh air and peace makes me so happy. Sending everyone positive energy!

"The turnaround can happen, but it will need to be driven by people who believe in themselves. It was a similar position before the hybrid engines were introduced, but something needs to change..."

"When we started this year, we mixed the people (from 2018) and then brought extra support to make the same (level in both teams). We'll keep the same style, for next year and always."

"2020 starts with the new Formula Two documentary series landing on F1 TV. As first revealed by Motorsport Broadcasting in July, the series focuses on the stars of tomorrow in a 5 x 25 minute series. Fans worldwide, including the UK, will be able to watch F2: Chasing the Dream from Thursday 2nd January."

"The 18-year-old Russian driver followed the typical course of most racing drivers, starting with karting and then crossing over to single-seaters in 2017. Here he raced in the Spanish Formula 4, a championship where he took eight victories in his first season, ending the championship in second place overall. In the same year, he also finished on the SMP F4 rostrum with 11 podium finishes from 21 races."

Has Charles Leclerc committed to Ferrari for too long?

While he (fans and F1) would hope it works out… what if Ferrari produces multiple duds in 2021 and beyond?

I would say signing five-year contract now is a very strange decision, there was no reason for it.
@DAllein

Thanks everyone for reading the RaceFans round-up throughout 2019. As you can see we’re taking a quick break – the round-up will be back in three days’ time.