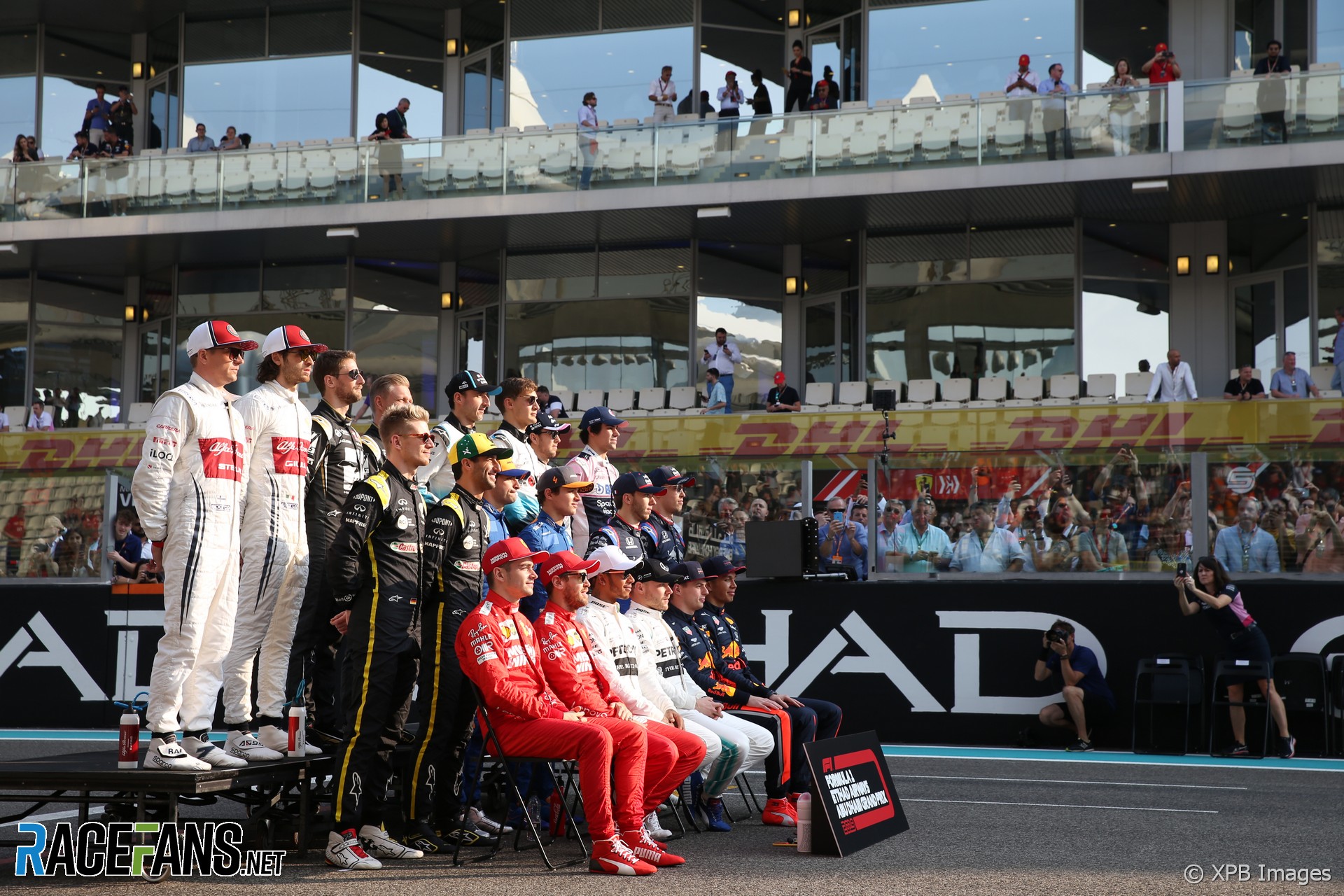 All bar two of the teams have kept the same driver line-up for the 2020 F1 season. But which is the best?

Having kept the same driver line-up for the fourth year in a row, Mercedes have the benefit of consistency. More importantly, they have arguably the best all-round F1 driver today in Lewis Hamilton, paired with the dependably quick Valtteri Bottas, who beat Hamilton on merit several times last year. The biggest concern for Mercedes could be that if Bottas continues he recent upward trend it could ignite a more potent intra-team rivalry.

Sebastian Vettel is a four-times world champion but there were occasions last year when he didn’t look like it. Meanwhile Charles Leclerc demonstrated remarkable ability for a driver in only his second full season of Formula 1. This year Ferrari will be hoping the pair spur each other on to every higher heights, and steer clear of any further Interlagos-style incidents.

On many occasions during 2019 Max Verstappen demonstrated he has become not just a seriously quick driver and a master of wheel-to-wheel racecraft, but one with an increasingly sharp racing brain. That can make life uncomfortable for the driver in the other car: Pierre Gasly lasted only half of last season before being replaced by Alexander Albon. The newcomer wasn’t much closer to Verstappen’s raw pace, but the off-season should give him an opportunity to work on that.

McLaren enjoyed that rarest of driver pairings last year: Two racers who were quick, learned from each other and seemed to genuinely get on with each other. If 2019 rookie Lando Norris continues his rapid rate of improvement the pair could be much more closely matched this year, and the team may then find life becomes less harmonious.

Daniel Ricciardo is a polished performer and a race winner who looked ever more comfortable in his new environment at Renault last year. He is joined by Esteban Ocon, who steadily raised his game over two seasons at Force India before being elbowed out to make way for the new owner’s son at the end of 2018. It’s a good pairing on paper, but will it click?

It’s harsh to say it, but Alpha Tauri (formerly Toro Rosso) have a line-up of ‘Red Bull rejects’ this year. Both drivers had they chances with the top team but were shown the door. Yet both also took the junior team to the podium last year. Combined, they are a much more experienced pairing than this team has typically fielded, and as Red Bull’s Junior Team is short of F1-ready talents, they have a good chance of seeing out the season.

The dependable Sergio Perez is increasingly part of the furniture at Racing Point, who he’s driven for since 2014. He has consistently rewarded their faith in him with regular points finished, but the same can’t yet be said of owner Lawrence Stroll’s son Lance, who joined the team last year.

Over the first half of last year Kimi Raikkonen demonstrated what he is capable of in a midfield car. But it felt like he was phoning things in at times after the summer break, and Antonio Giovinazzi was increasingly a thorn in his side. The start of the new season will reveal whether the balance of power has shifted, or if the pendulum has swung back to Raikkonen.

Along with the two Mercedes drivers, this is the longest-running driver pairing on the grid today. That comes as something of a surprise as the pair clashed repeatedly during last season. That aside, their relative strengths complement each other quite well.

Last year’s tail-end strugglers have the only rookie on the grid in Nicholas Latifi, and another driver with just one season to his name. George Russell is highly rated by many, but unless the new Williams is a significant improvement it may again prove difficult to judge just what he is capable of.

Red Bull have the brilliance of Verstappen, but Albon is yet to prove himself at this level. And while Leclerc did superbly in his first full season at Ferrari last year, Vettel increasingly looks like a busted flush.

Outside the front running teams, Renault’s new pairing of Ricciardo and Ocon is particularly exciting. And McLaren should be delighted with the progress Sainz and Norris showed last year.

But it’s impossible to look past the world champions. Hamilton was always there in the hunt for wins last year, even despite taking a comparatively low (for him) number of pole positions. If Bottas is at least at the same level as he was last year, Mercedes have got the drivers to beat for 2020.

Which team do you think has the strongest driver line-up for 2020? Cast your vote below and have your say in the comments.

Which F1 team has the strongest driver line-up for the 2020 season?